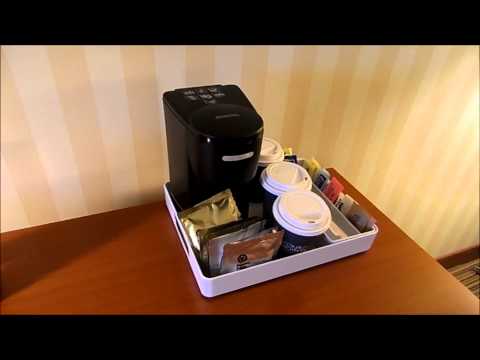 One of the perks of working at Lifehacker is staying in a lot of different hotels, around Australia and around the globe. Hotels have a lot in common, but it’s the little differences that stick out, as this video of the Four Points By Sheraton LAX proves. Actually, maybe that should be flush out . . .

Some quick background: In the latter part of the last decade, I regularly shot quick videos of the hotel rooms I stayed in and uploaded them to YouTube. Some proved quite popular. I’ve slacked off on that front in the last couple of years, but have felt inspired to kick the series off again recently.

These aren’t exhaustive reviews: they just highlight some of the more unusual or notable features. At the Four Points By Sheraton, those features proved to be a very non-American toilet (a good thing) and a wardrobe in the bathroom (a weird thing). Check out the video for the full story.