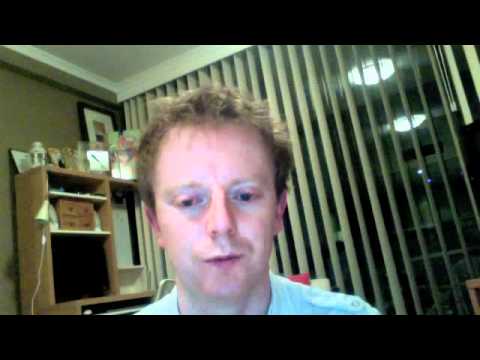 The above video was made at roughly 4am. At that precise moment, I had never been more tired in my life. It’s not in shot, but to my right is a television. I can’t be 100 per cent sure, but it was most likely showing the Max Payne 3 kill screen. On it a single question: Retry/Quit?

Last night was the first time I used my Polyphasic sleep experiment to put serious time into a video game. From the hours of 11-4.30 — in-between cleaning the kitchen and doing laundry — I played Max Payne 3. Flicking back to terrestrial TV when it got too much, or a particular check point was giving me too much grief.

Retry/Quit? Always the question. Retry/Quit. My reaction times were sluggish. Even on medium difficulty, I died frequently.

After my 20 minute nap at 2am, things became a little more intense.

The exhaustion was overpowering. The simple act of sitting down to play seemed to send my body into shutdown. My brain was screaming out for sleep. My brain had done this before, but last night, from about 3-5am? It was like an overbearing pressure, pushing down on my chest. I couldn’t ignore it. It was so hard to fight.

I did star jumps. Lots of them. Seriously — at 3 in the morning I did Star Jumps until my body felt lighter. I splashed water on my face, I tried to meditate. I tried playing the game standing up. I considered going outside for another walk, but I couldn’t — before she went to bed my wife made me promise I wouldn’t leave the house in a weird catatonic state. She worried about what would happen if I did.

I hopped onto the Polyphasic sleep forum I regualrly frequent. According to the experts, in times of real struggle, the best solution is to simply add another nap into the schedule. It’s okay to get a little bit of extra sleep, as long as it’s just a 20 minute nap. The important thing is to train your physical being to transition into the nap system.

So at around 3.15, I had an extra nap. This was my first mistake, although at the time it seemed like an unavoidable one. The video blog above was recorded almost immediately after I woke up. If anything the nap made things worse, but I wasn’t thinking straight. At around 5.00, one hour before my scheduled nap at 6am, I decided to go for another short sleep.

That was my second mistake.

From here on in, things are a bit fuzzy. I clearly remember setting an alarm. I remember sitting down to sleep and then — oblivion.

The next thing I consciously remember was being woken up by my wife.

I had slept through the alarm. If I had even set an alarm, I honestly can’t remember. I sat up with a start. I started freaking out, swearing at myself. Fuck! How could I have let this happen! It was then I realised that I hadn’t actually taken my contact lenses out — something I’ve been extremely careful about since I started this experiment. But my eyes didn’t hurt. Strange…

The most bizarre part of the whole situation is this — looking back to when my wife woke me up, I sincerely remember thinking, ‘why are you waking me up? I’ve been awake for hours’. I have this memory of me, lying on my back, staring at the ceiling as sunlight filtered through the curtains — I genuinely don’t know if this is real, or a strange, lucid dream.

From that moment on, I was in panic mode.

I had a quick shower, got dressed and quickly ran into the living room to pack up my laptop. The TV screen remained as I had left it before sleeping last night. I had died at a particularly difficult check point. The kill screen had a single question: Retry/Quit?

Well I’m sure as hell not going to quit.