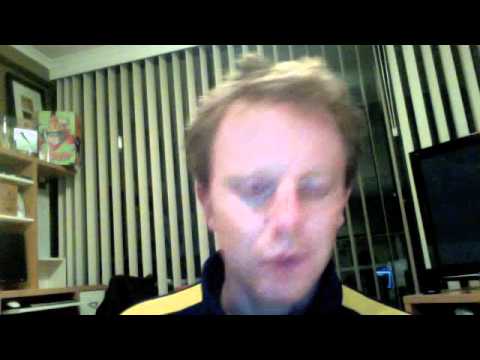 Mark’s attempts to adopt the Uberman schedule of polyphasic sleep have already pushed him to the brink. Here’s a video diary he filmed this morning at 3am. Surprisingly, he was in a better frame of mind than the night before, or when he write this morning’s post. Can anyone say mood swings?

It’s very weird working in the same office as a sleep-deprived Scot who is playing too many games right now. One minute he looks ready to do a Simon Sheikh on the desk; the next he’s surging with energy and happy that he managed to dream for 10 seconds.

I’m trying to slow down the rate at which I speak. By Mark’s own admission he’s finding it hard to string sentences together sometimes, so I don’t want to tax his brain further. It’s going to be an interesting month.