I am a huge fan of the butter-baked onion: soft, savoury, and comforting. There’s no char and no browned bits, just soft layers of allium that melt in your mouth.

They are, however, kind of tedious (though not difficult) to make. One has to scoop out the core of the onion, stuff it with seasoned butter, then wrap it up in foil and bake it for at least an hour, until it is soft and supple. Perfectly fine for a crowd of four or fewer, but a little unwieldy for a larger dinner party. 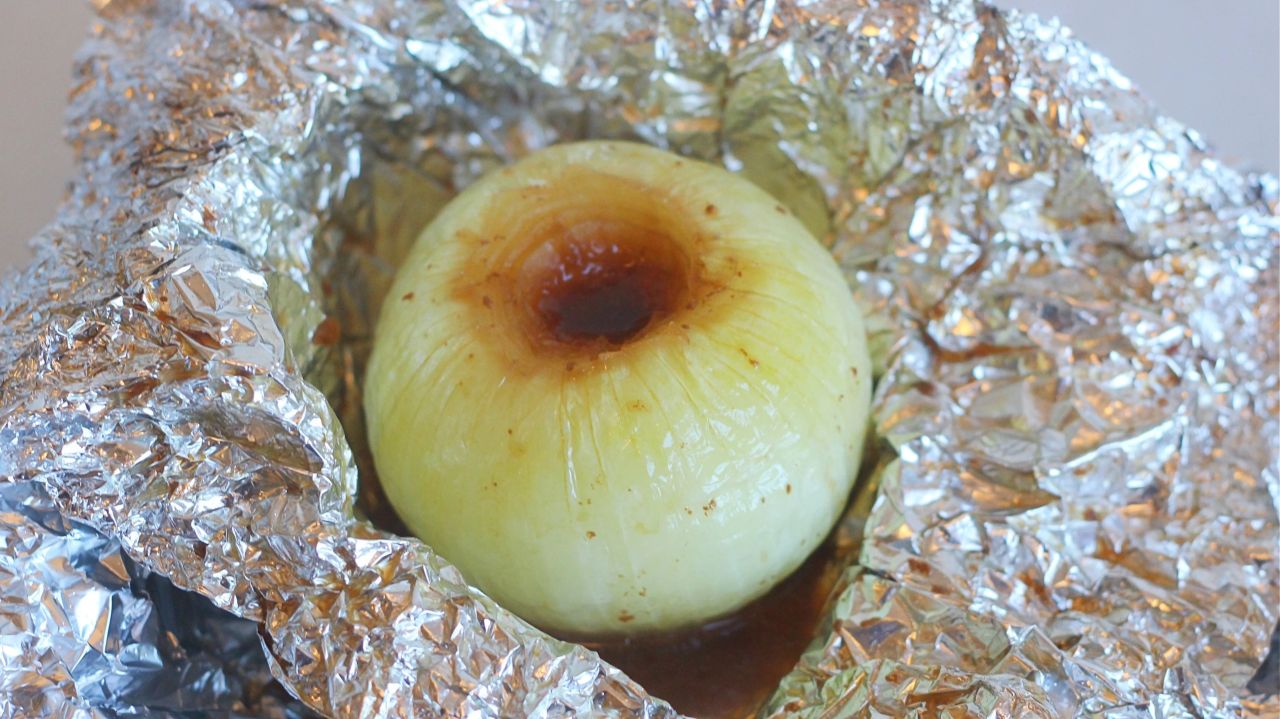 For a large crowd, I like to take a webpage out of Food52’s book and break out the muffin tin. Muffin tins can hold 12 onion halves at a time, letting you roast a a whole bunch without any coring or wrapping.

The effect, however, is a bit different. Instead of a uniform texture throughout the entire onion, the edges get charred and caramelised, thought that certainly isn’t a bad thing. Burnt isn’t always an unpleasant flavour, especially when it comes to onions. The bitter balances the sweet, and the crisp counters the soft, resulting in a balanced bite of all the good things an onion has to offer.

The Food52 recipe is simple: The onions are halved and seasoned with salt and pepper, then roasted for 20 minutes before being brushed with ghee and roasted some more. I opted to smear some room temperature butter on each half before they went into the oven so I didn’t have to futz halfway through the cook. It all worked out just fine.

You can keep the seasoning as simple as Food52 does, or you can mash some bouillon (or Better Than Bouillon) into the butter before putting it on the onions. For French onion soup vibes, you can use BTB’s roast beef base. Top with a little shredded gruyere and pop ‘em under the broiler for a minute or so.

Heat your oven to 220°C and halve the onions to expose concentric circles of onion layers. Place each one in a muffin tin divot. Mix bouillon with butter if using, then smear the butter on the onions. Season with salt and pepper if you’re not using bouillon.

Roast for an hour, rotating halfway through, until the onions can be easily pierced with a knife. If they are not quite soft enough after an hour, turn the oven off and let them hang out in the warmth for an additional 20 minutes. Sprinkle a few teaspoons of shredded cheese on each onion half if using, and broil for about a minute, until the cheese is melted and lightly browned.