The traditional holiday menu is not exactly vegan friendly (or even vegetarian friendly). Nearly every dish contains cream, butter, eggs, or turkey stock, and the whole thing is centered around a large, dead bird.

This can leave vegetarians, vegans, and lactose-intolerant folk feeling less than thankful, which is not the mood I like to cultivate amongst my guests. In my experience, most vegans are more than willing to bring a few dishes that fit their diet, but you can make your meat-abstaining and dairy-avoidant friends feel welcomed and loved with just a few tweaks and supplementary dishes.

On a personal note: This year I’ll be drawing heavily from the following recipes and hacks. My sister is allergic to dairy proteins, my boyfriend is lactose-intolerant, and two of my very good friends are vegan and vegetarian. I’m not worried though. I got this, and so do you. 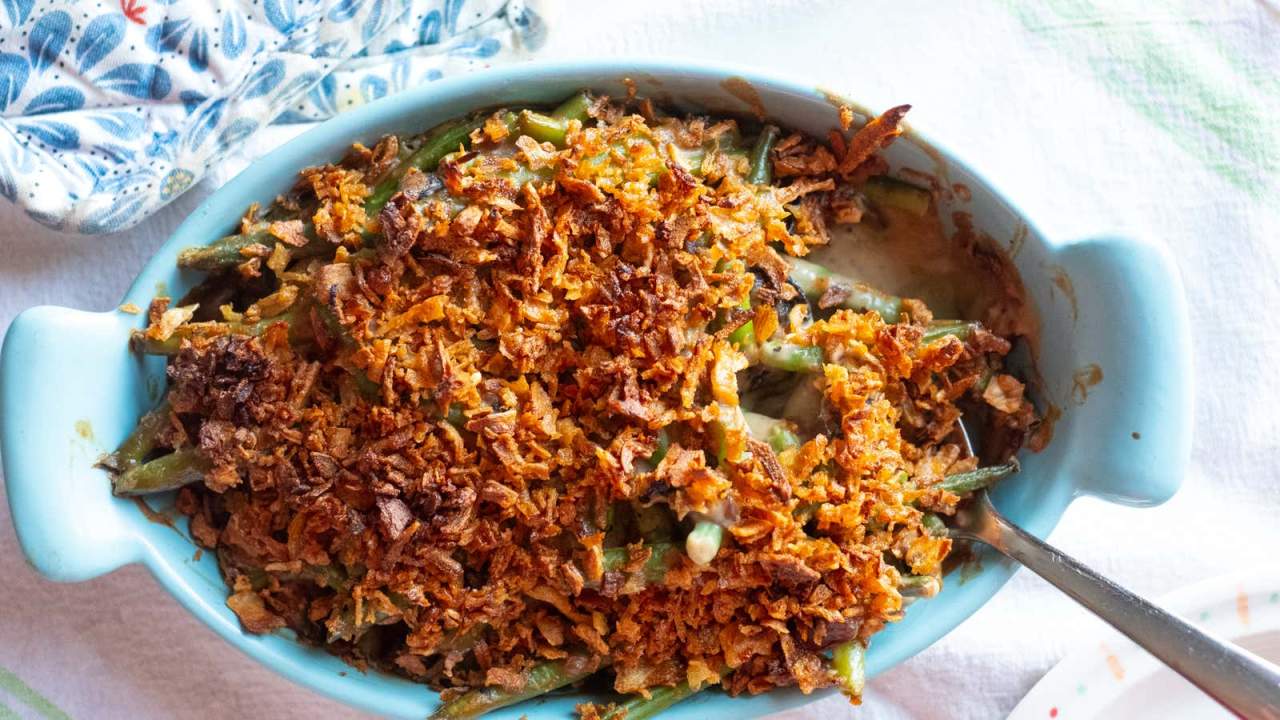 This mushroom-heavy casserole is high on deep, developed flavour and low on glop. It’s creamy, savoury, and full of alliums (onions, shallots, and garlic!). Making the soup base requires a bit more effort than opening a can, but you can make it a week ahead of time, then keep it in the fridge for easy assembly on Thanksgiving day. 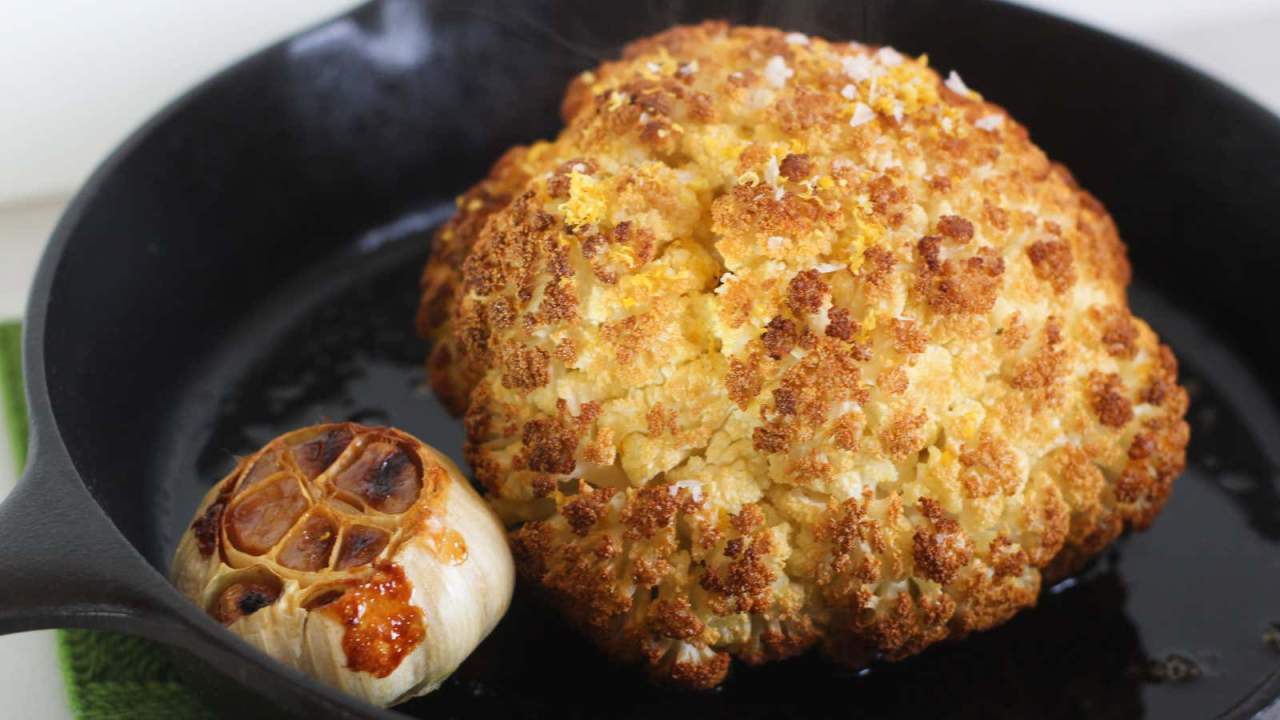 Brining is not just for the birds! Soaking a whole head of cauliflower in salty, sugary water before roasting it infuses the whole vegetable with flavour, turning your cauliflower into a wowiflower. I use a 10% salt brine, as recommended by Matty Matheson, but take heed: You’ll want to make sure the brine cools fully before pouring it over the cauliflower, and make sure to use sea salt for the brine — I brined cauliflower with iodized salt a while back and it was a bit too salty. (And that’s saying something, because I am obsessed with salt.)

A stunning display of hasselback squash 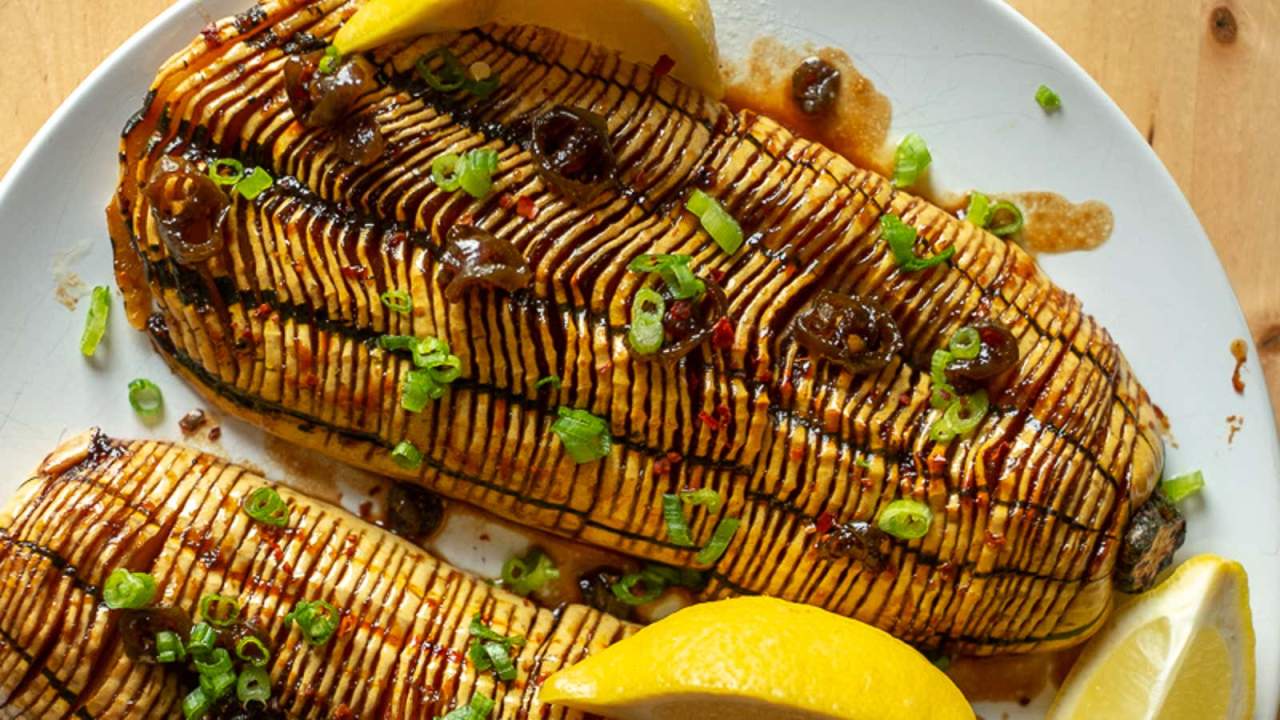 Vegetarians and vegans often get the short end of the stick when it comes to presentation, so give them something pretty to look at, and make it tasty. This fanned delicata squash dish is — in addition to being very beautiful — glazed with miso, brown sugar, a fresh hot chilies.

A creamy soup for all to enjoy 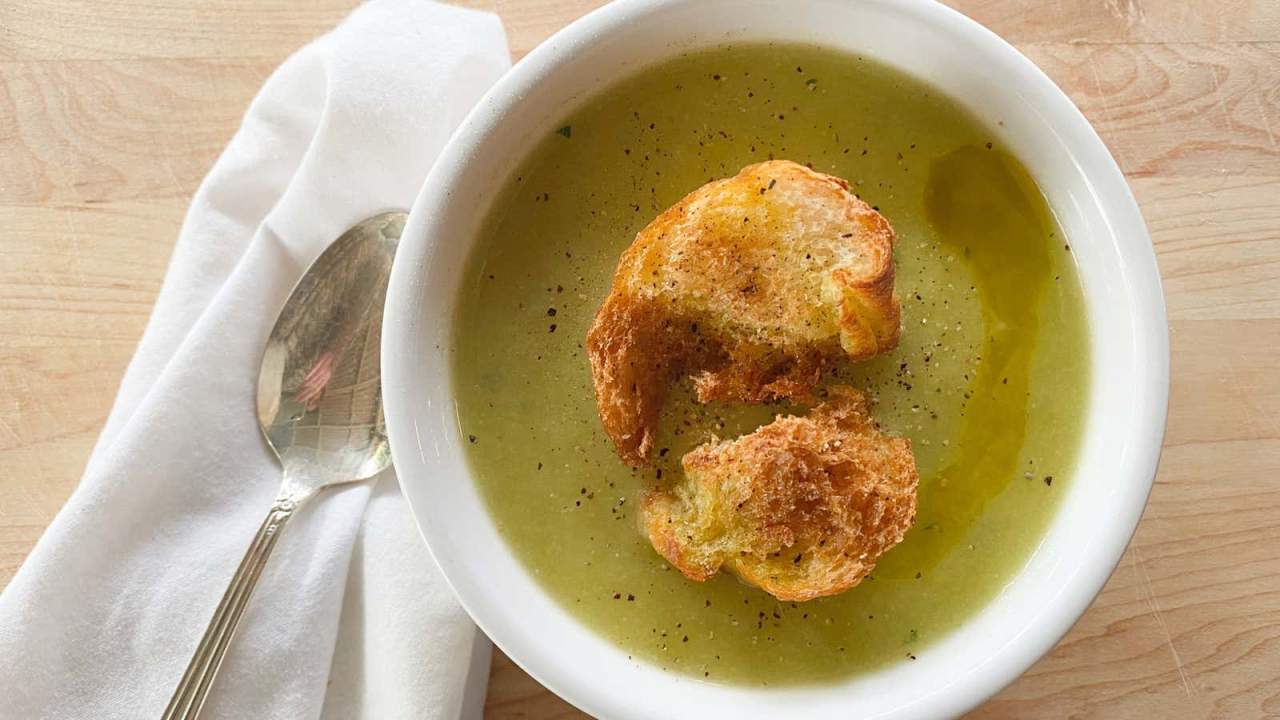 Did you know that you can make comforting, cosy, creamy vegetable soups without any cream (or any dairy, for that matter)? All you need is (a lot of) fat — like, at least half a cup of olive oil — vegetables, and your favourite vegetable or chickpea broth. Sauté the veg in the fat, then blend them with the stock in a high-powered blender and season to taste. It’s so easy, you barely need a recipe, but or course I have one. I originally developed this elaborate stuffed kabocha dish four years ago — what is time? — as a sort of vegetarian answer to the Turducken. This thing is packed with carrots, mushrooms, shallots, and herbs, but it’s the whole head of roasted garlic that makes it special. 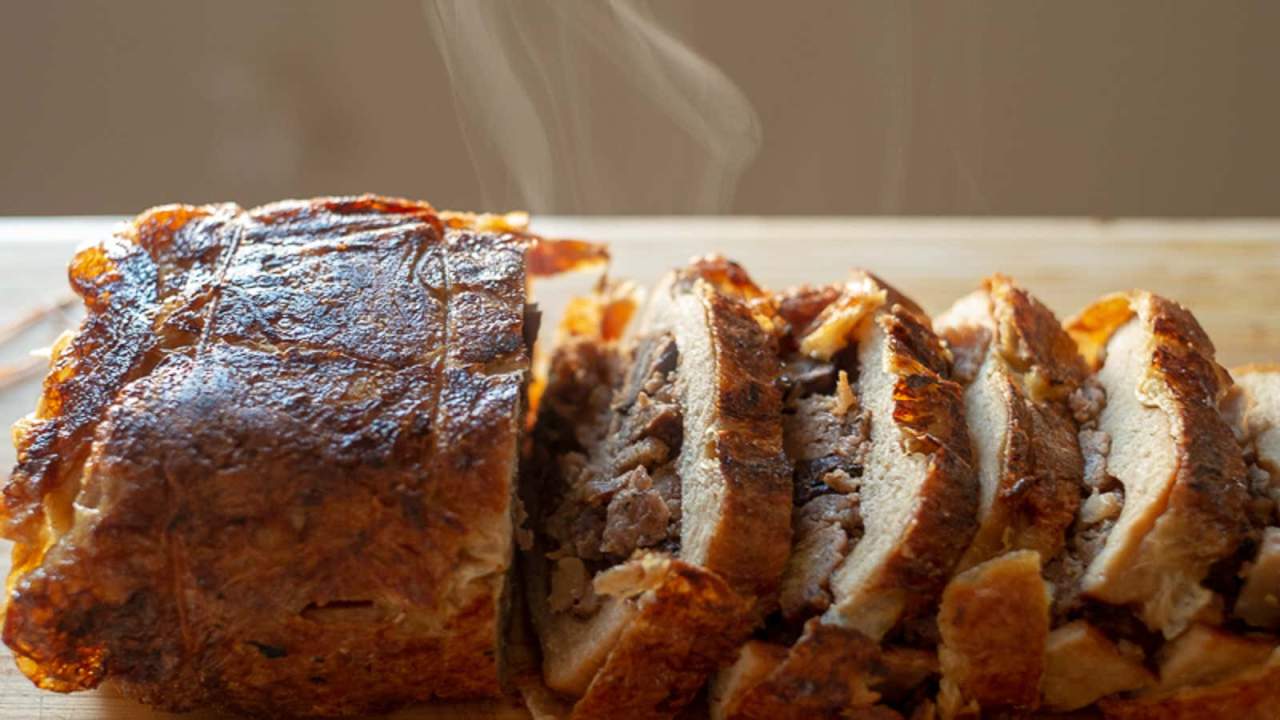 Yes, there are plenty of frozen vegan roasts out there, but very few feature mock duck and mock goose, the latter of which is designed to crisp up and give your roast a crackling skin. Make it if you’re serving a gaggle of meat avoiders, and be sure to prepare the stuffing and gravy. What is Thanksgiving without stuffing and gravy?

A beautiful pot of lima beans 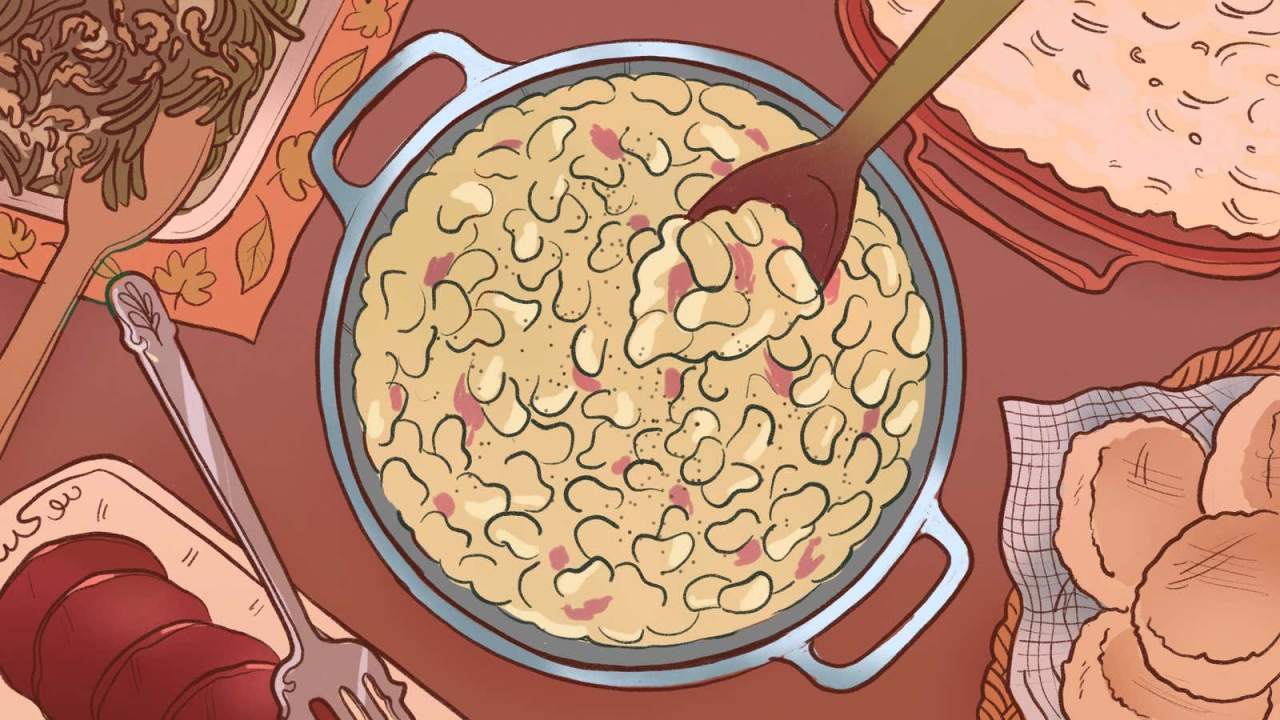 Don’t overthink it: A pot of warm, fragrant, comforting lima beans will be welcomed by all (especially if you have any Southern vegans in attendance). Limas make their own gravy and rarely need more than salt and pepper, but you can make yours extra special by simmering them with a bouquet garni of seasonal herbs, along with a whole head of garlic.

A stunning stalk of Brussels 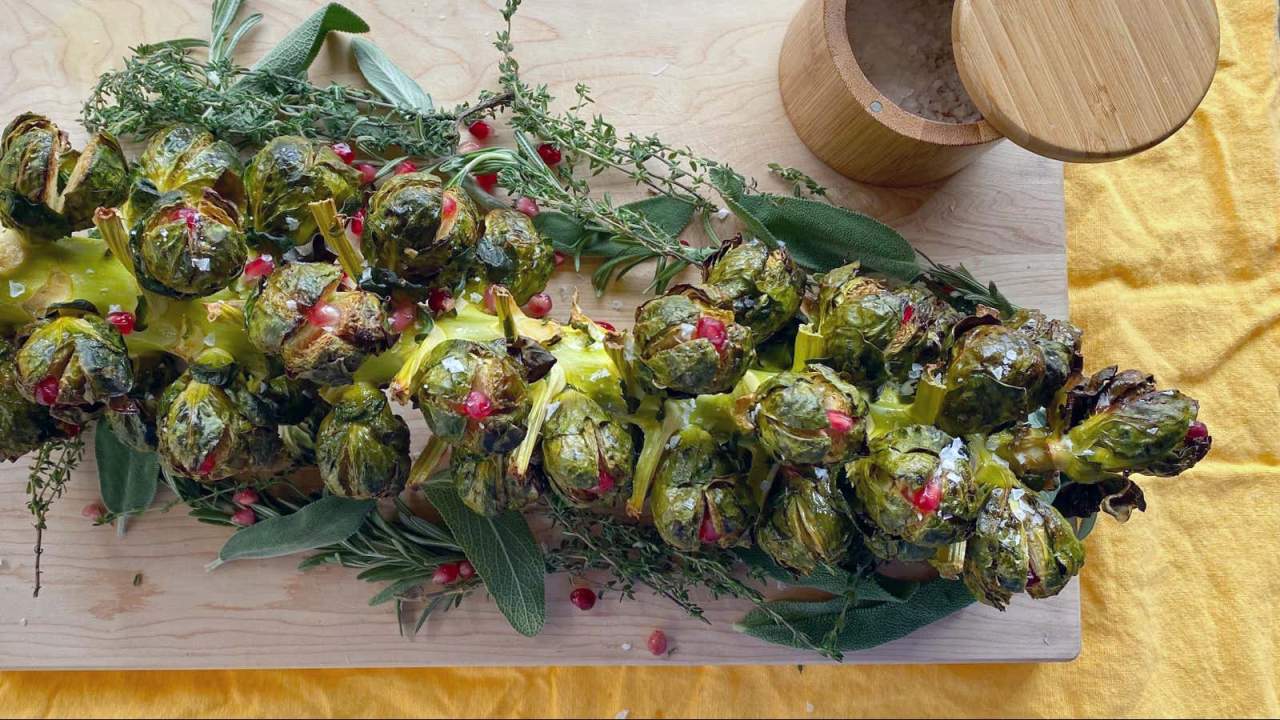 Leaving Brussels on their stalk makes for a stunning, completely vegan centrepiece. I mean, just look at it. Making little cross-sections in the sprouts ensure the maple glaze gets deep down into the vegetable, and that glaze is good. When it’s time to serve the sprouts, slice them off with a sharp knife or hold the stalk perpendicular to the table and carve them off, churrascaria style. It requires slightly more effort than serving already liberated sprouts from a serving bowl, but nowhere near as much as carving a turkey. 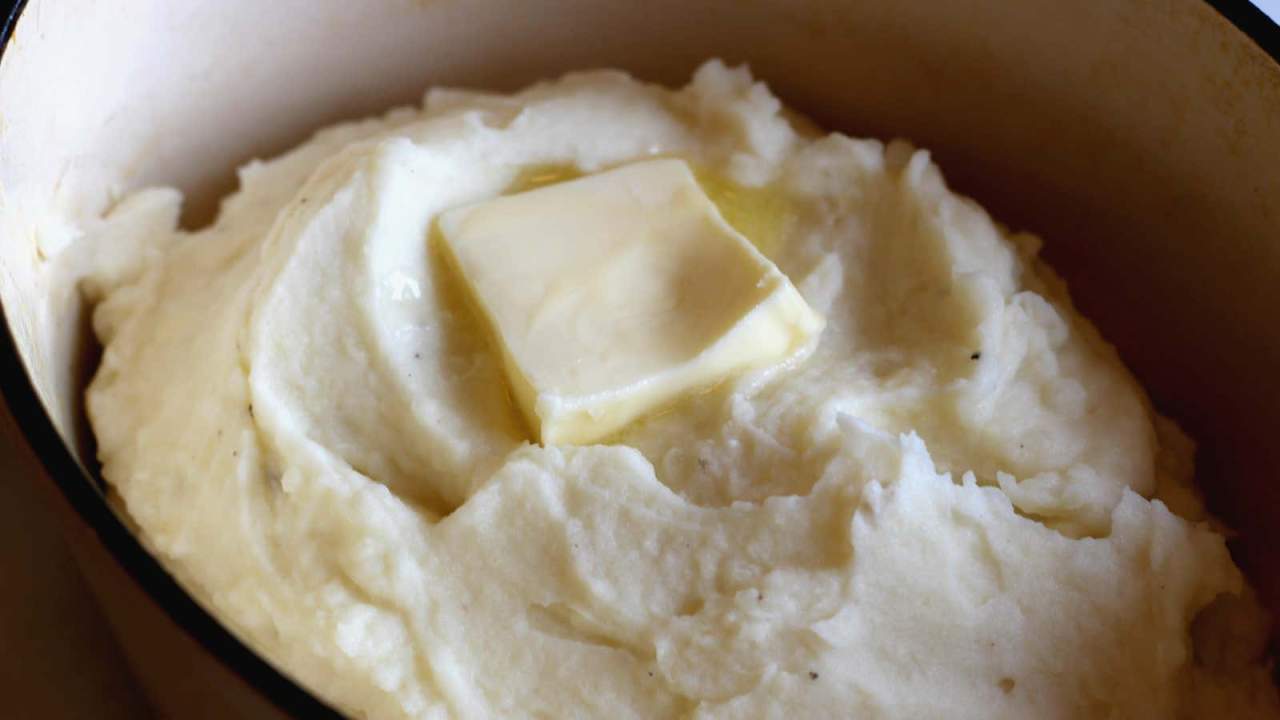 I don’t have a “proper” recipe for vegan mashed potatoes, but you don’t really need one. With all of the recent advances in vegan technology, you almost have too many options. You can add fat and body with coconut cream, buttery flavour with Miyoko’s vegan butter, and emulsify everything together with vegan mayo (I like “Just Mayo”).

But the real hack doesn’t lie in the substitutes, but the extras: Roast two or three heads of garlic until they’re dark and stick, then mash and fold the sweet and tender cloves into your spuds. Top the whole thing with vegan parm and shove it under the broiler for a few minutes to create a crisp, savoury crust.