Apple kicked off WWDC 2021 with a keynote presentation brimming with big announcements across all of its software products. We got a peek at new features coming to Safari, iPad, Mac, Apple Watch — but the biggest announcements were for the upcoming iOS 15 for iPhone.

iOS 15 will bring major changes to Facetime, notifications, messenger, and more. All of these features will be available when iOS 15 launches in the fall, but you can try them out early once the iOS 15 beta is publicly available sometime next month. We’ll let you know when beta signups are live; for now, here are the 10 coolest iOS 15 features Apple announced today.

Facetime is the new Zoom 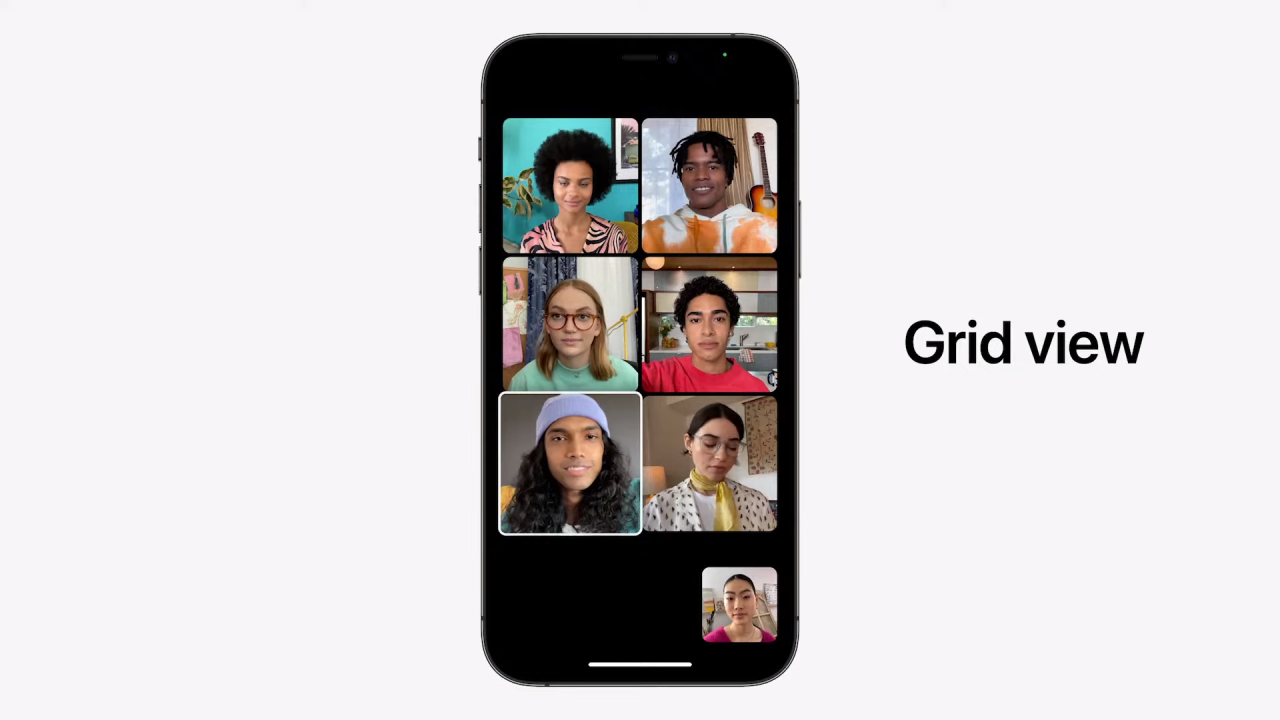 Facetime on iOS 15 will get several new features that Apple hopes will make video calls “feel more lifelike,” which seems to be Apple’s way of saying it’s turning Facetime into a competitor for Zoom or Google Meet. Here’s a quick list of what Facetime can do on iOS 15: SharePlay will let you hold group watch parties in Facetime, or share your screen if you want to give a presentation. Shared media is synced and can be controlled by all call participants. You can also send SharePlay videos to your Apple TV device. At launch, you’ll be able to watch or listen to content from:

Apple is working to add more third-party support to SharePlay, and developers can use the SharePlayAPI to make the feature compatible with their apps.

Facetime now works in a browser While not strictly an iOS 15 announcement, one of the biggest WWDC 2021 reveals is that Facetime will now work on a browser — even on Windows and Android devices. That’s a surprising shift in strategy for Apple, which rarely makes its software available or usable on other platforms. Come launch, you’ll be able to send and open links to Facetime calls on any device as well as participate in SharePlay sessions. No more shunning your friends who don’t use iOS.

“Shared with You” lists 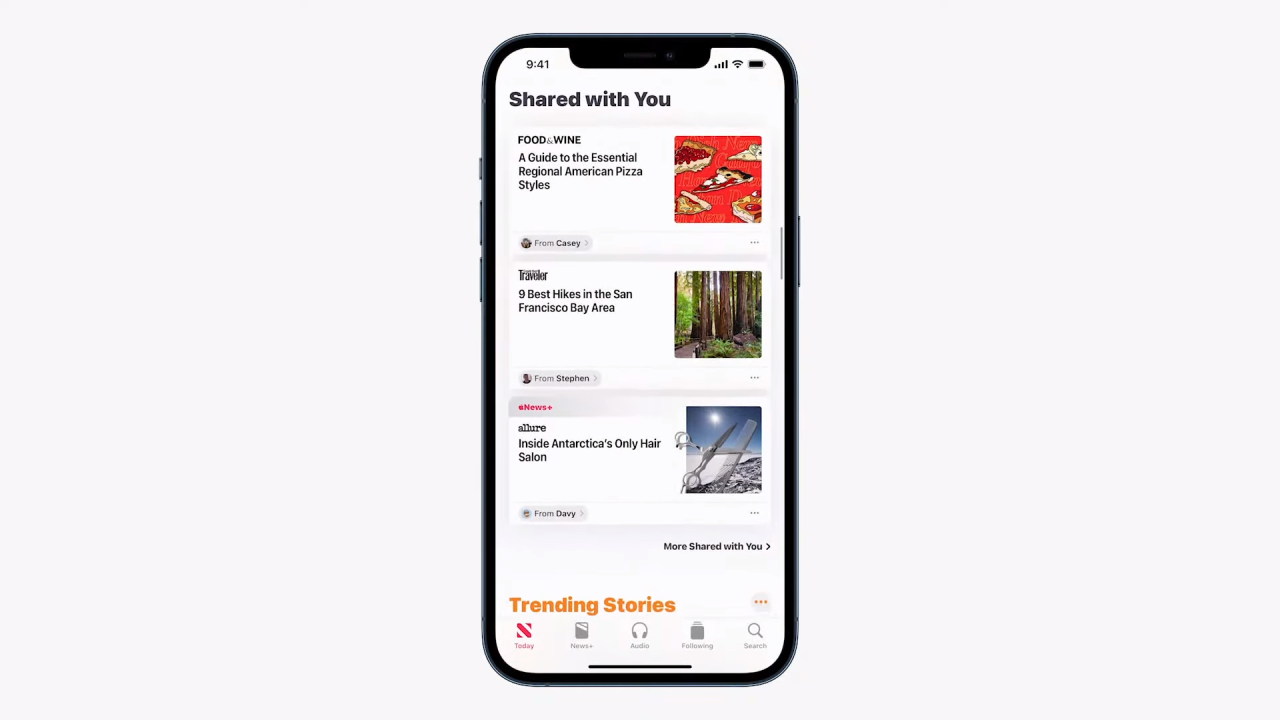 Messages is getting new integrations with other Apple apps that will help you catch up on new stories, media, and other content your friends send you.

Whenever a contact sends a URL or media link in Messages, the link will automatically be added to a new “Shared with You” list available in several apps, including the News app, Apple Music, Safari, AppleTV, Apple Podcasts, and the Photos app. You can also pin a link within Messenger to add it to the top of the Shared with You section.

New Do Not Disturb options and Focus Mode 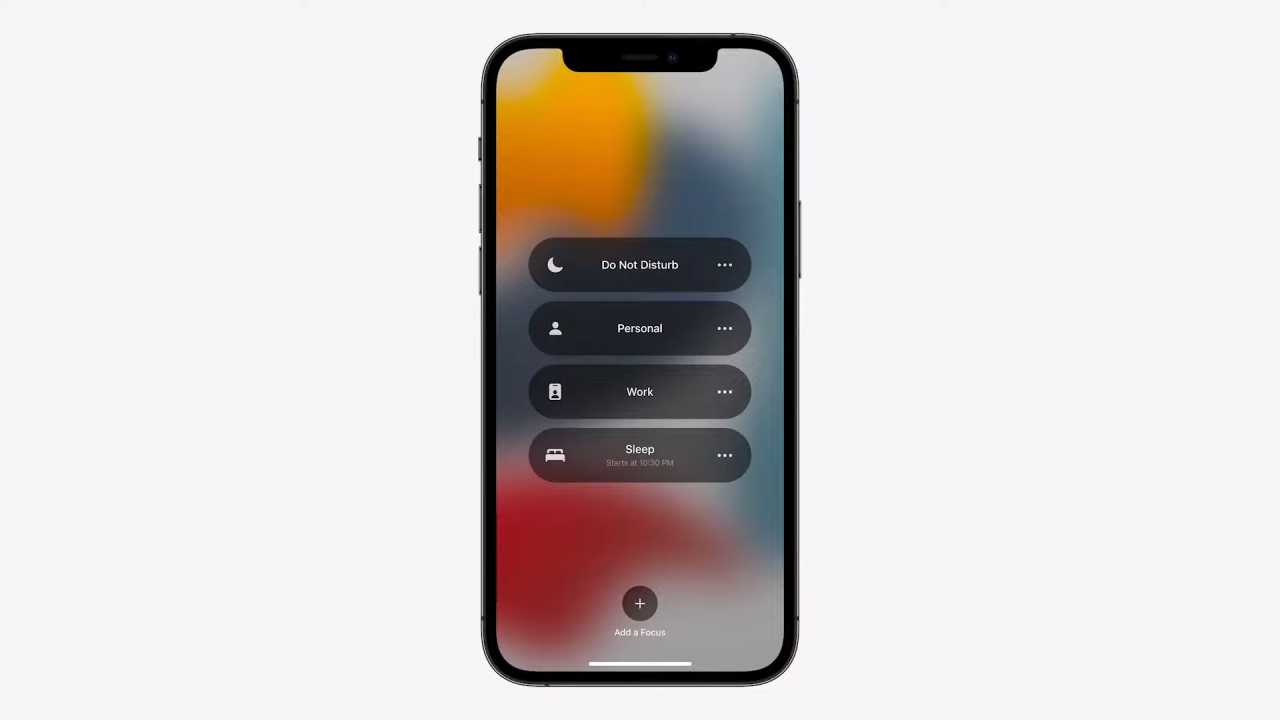 iOS’s Do Not Disturb mode is now part of the new “Focus Mode,” which lets you create different Focus profiles that block notifications from certain apps and pause specific features. For example, the “Work” Focus mode will shut out distractions from social media, YouTube, and messages, but won’t affect email, Slack, or other productivity apps. Your contacts will see a visual notification that you’re in Focus or Do Not Disturb mode in certain apps, too.

Focus Mode has presets for Work, Sleep, and Personal, but you can create your own. Of course, if you want to block all notifications, Do Not Disturb mode is still available, too. 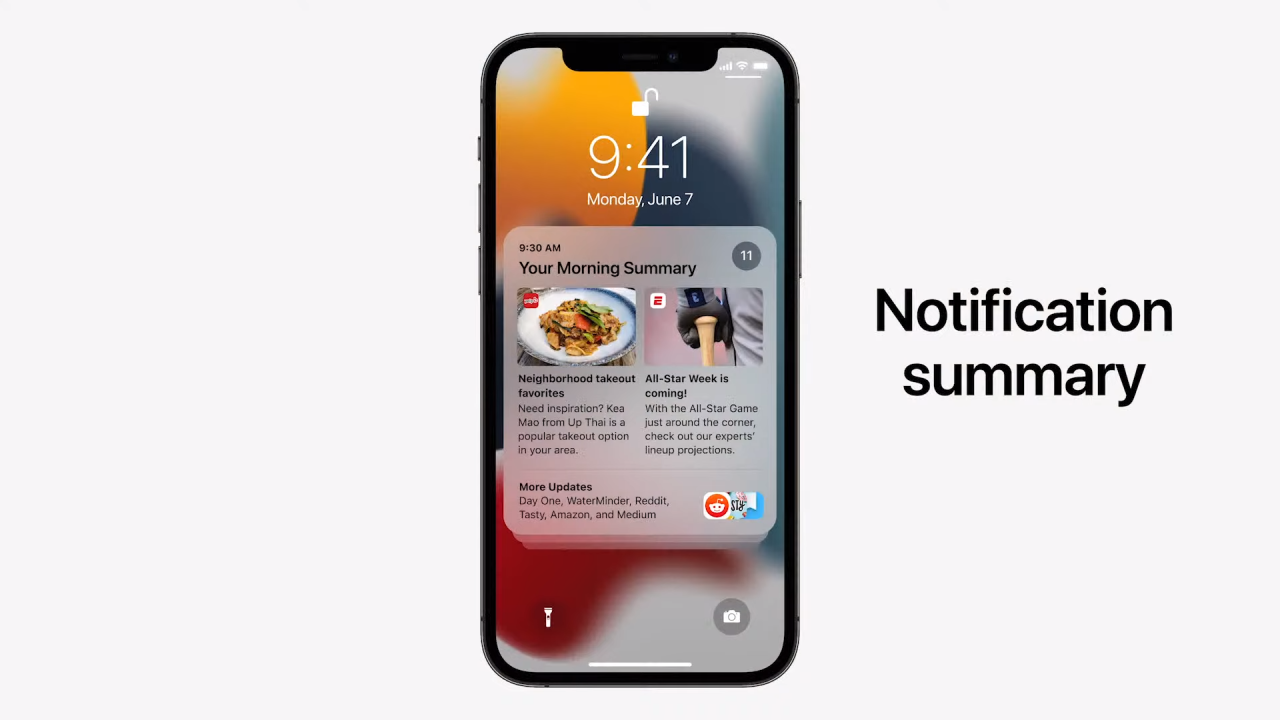 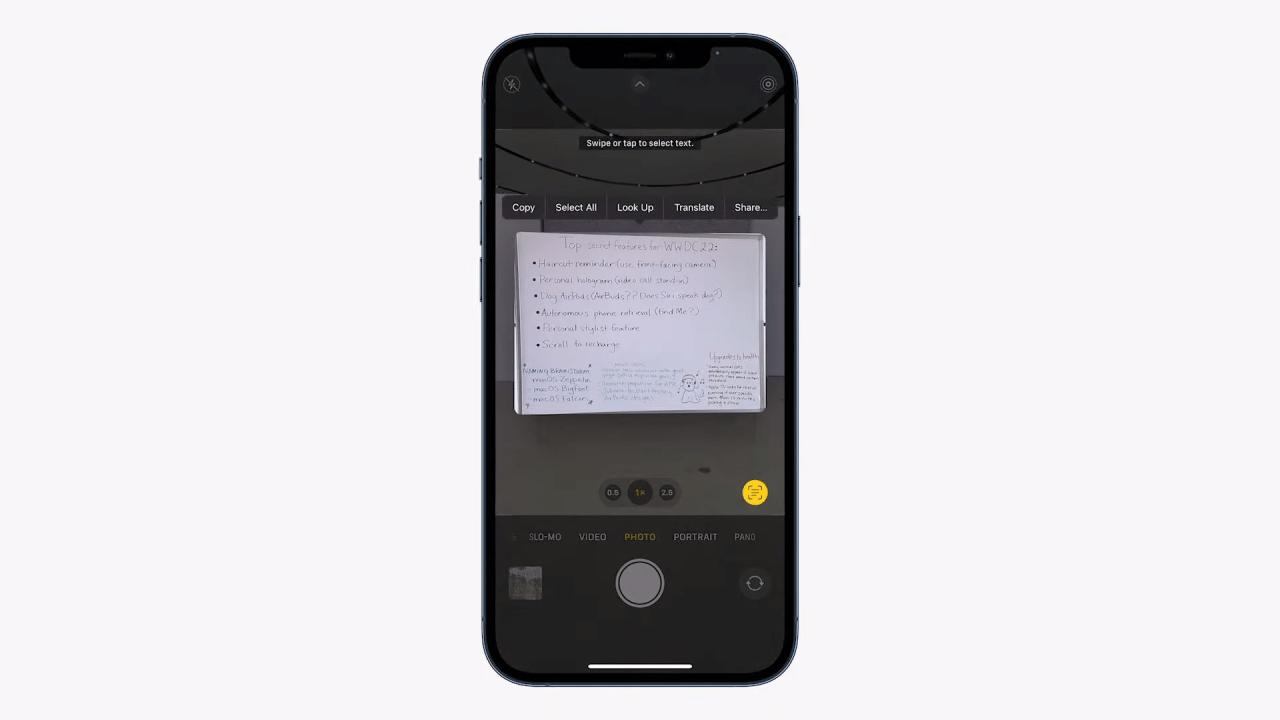 iOS 15’s Live Text feature scans photos for words — including hand-written notes or business logos in the background — and converts them into selectable text. You can copy and paste this Live Text into other apps, turn business names and phone numbers into searchable links, and import all of it into iOS Spotlight. And the feature will even work on your old photos.

LiveText supports seven languages at launch, and will be available on iOS, iPad, and Mac. 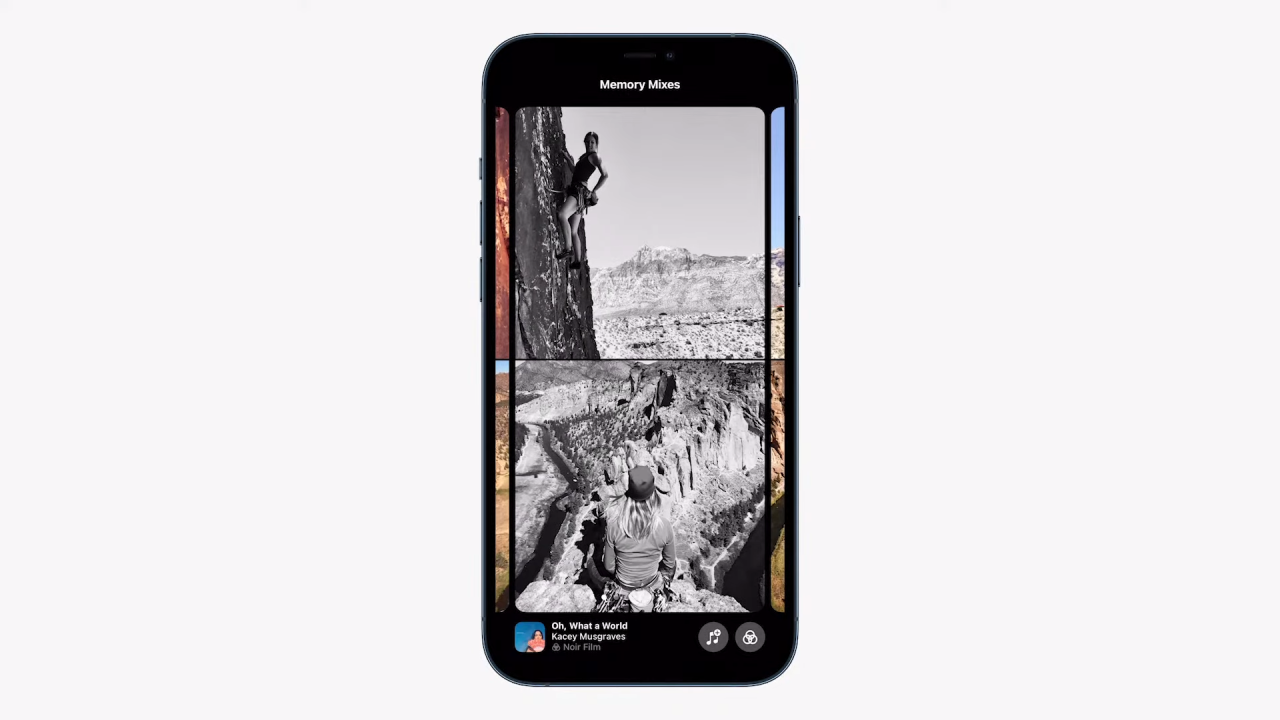 Thanks to Apple Music integration, you can now add a soundtrack to your curated photo and video highlight reels in Apple Photos. You can search for specific tracks and change between them on the fly to change a Photo Memory’s vibe. You can even pause or skip the video while the music is still playing, and the video will dynamically adjust to fit the tempo. 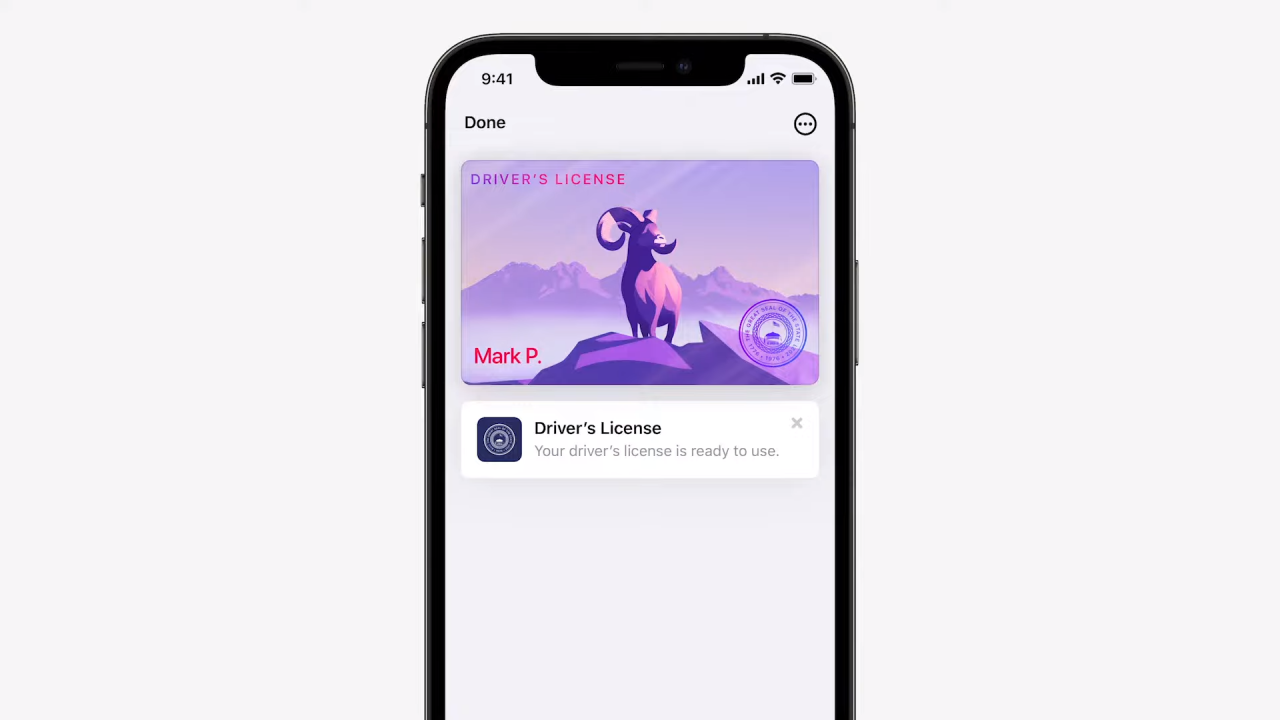 If you live in the U.S., you’ll soon be able to scan and store in your state ID cards in Apple Wallet. Apple says the functionality is only available in “participating states,” but did not disclose which states are included.

Similarly, Apple Wallet is also working with several digital lock manufacturers so users can store their digital work IDs, hotel keycards, and digital house keys in their Apple Wallet as well. You’ll be able to tap your iPhone to enter a location with a stored key. As with all Apple Wallet cards, ID and keycards are encrypted and stored locally on the device; they can’t be stolen or hacked remotely.

Note: this feature is currently available in the U.S. only. 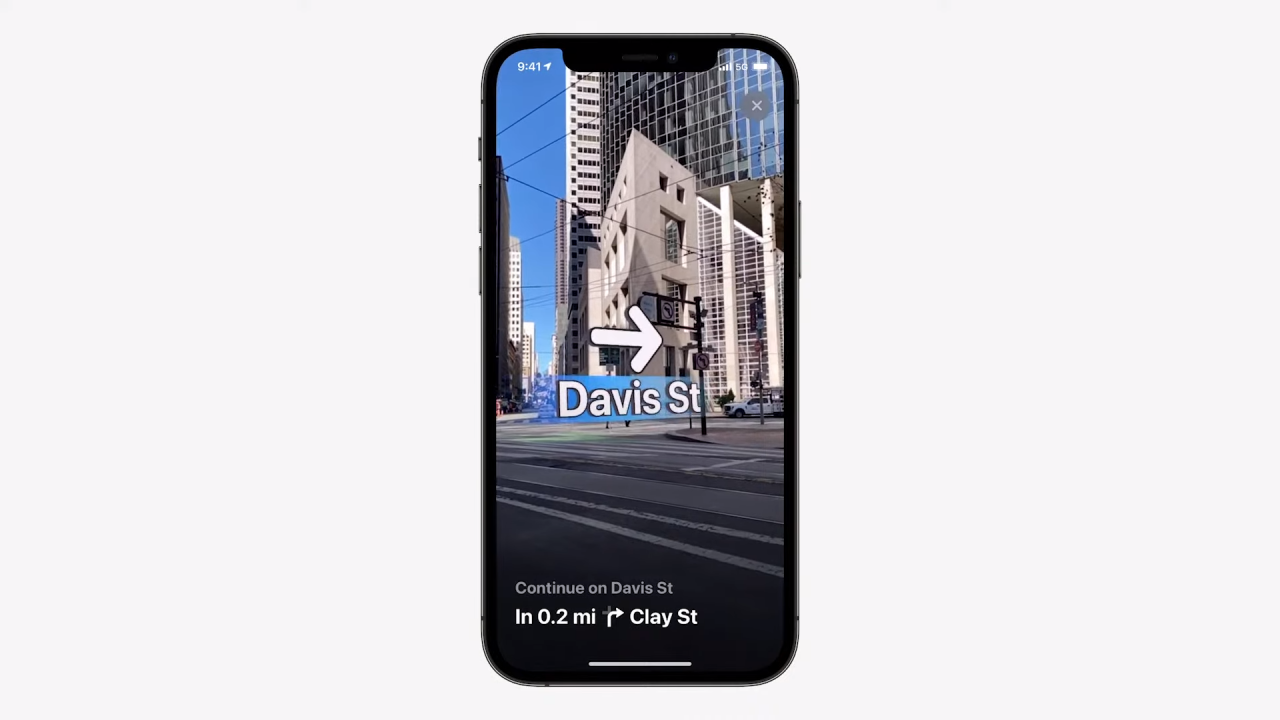 Maps is getting several updates for iOS 15, including new nighttime map filters and topography information, but the most helpful are new navigation features: