You Can Finally Join Zoom Calls In Firefox

A quirk of Mozilla’s Firefox browser is that it lets you join a Zoom call via the web, no separate app downloaded needed, but you can’t say anything on the call. Or at least, you couldn’t before the latest update.

That’s right. If you’ve recently attempted to use your computer’s audio—its microphone, in other words—in a meeting you joined via previous versions of Firefox, you’ll have seen this message pop up:

I say “previous versions,” as Mozilla has fixed this problem in Firefox 76 through its new support of audio worklets—a “a useful way of running custom JavaScript audio processing code,” writes Mozilla’s Chris Mills and Harald Kirschner. As Mozilla elaborates in a developer document:

“When the Web Audio API was first introduced to browsers, it included the ability to use JavaScript code to create custom audio processors that would be invoked to perform real-time audio manipulations. The drawback to ScriptProcessorNode was simple: it ran on the main thread, thus blocking everything else going on until it completed execution. This was far less than ideal, especially for something that can be as computationally expensive as audio processing.”

“Enter AudioWorklet. An audio context’s audio worklet is a Worklet which runs off the main thread, executing audio processing code added to it by calling the context’s audioWorklet.addModule() method. Calling addModule() loads the specified JavaScript file, which should contain the implementation of the audio processor. With the processor registered, you can create a new AudioWorkletNode which passes the audio through the processor’s code when the node is linked into the chain of audio nodes along with any other audio nodes.”

Neat. For those not technically inclined, this implementation is what allows you to finally join Zoom calls via the web and use your laptop’s microphone (or any mic connected to your computer) as if you were using the regular ol’ Zoom desktop app. Install the latest version of Firefox (via the upper-right corner’s hamburger menu > Help > About Firefox), and you’ll now see this when you join a Zoom meeting in your browser: 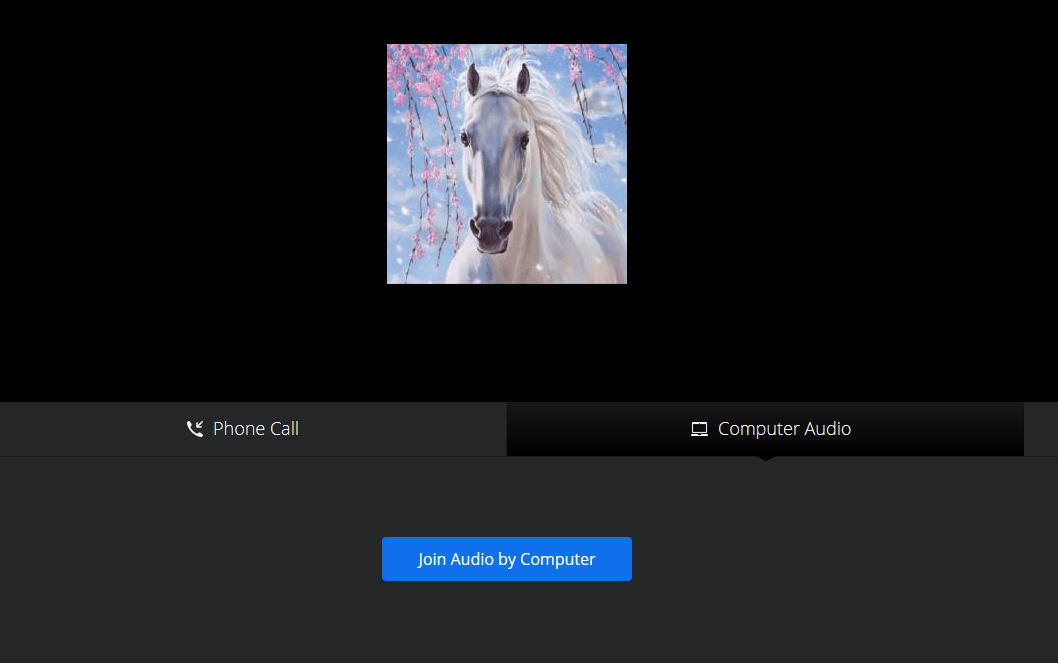 What if I can’t find Zoom’s “join from your browser” option in Firefox?

Here’s a fun quirk. When I was testing all this out, I noticed that the regular Zoom invite links I was copying and pasting into Firefox kept telling me to “download & run Zoom” in order to access my meeting. I didn’t see any way to simply join the meeting in Firefox.

There are two ways around this problem. First, whoever is hosting the meeting needs to make sure they’ve enabled the “join by web” option in Zoom’s web-based settings. Yes, on Zoom’s website; not its desktop app. Have them click here and look for the “’Show a “Join from your browser’ link” toggle. They’ll want to enable that.

If you’re still not seeing the option to join a person’s Zoom meetings within your browser, there’s one more trick you can try: Instead of clicking on a link the person sends you to join the meeting, pull up join.zoom.us in Firefox manually.

You’ll need to enter the Meeting iD, which is the first long chunk of numbers after “/j/” in the Zoom URL you were supplied, assuming you weren’t sent the standard invite email. You’ll also need to enter the meeting’s password, the second chunk of characters after the “pwd=” portion of the URL.

Do these two things, and you’ll see the option to join a Zoom meeting within Firefox directly. And now that you’ve updated Firefox, you’ll actually be able to say something while you’re there.