The Best Features In The New Firefox 70 Browser

It’s time to update to a brand-new version of Firefox Quantum. While your browser will eventually do this for you, I recommend forcing the issue by clicking the hamburger icon, clicking on “Help,” and then clicking on “About Firefox.” And while Firefox 70 downloads to your desktop or laptop, here’s a quick look at what’s new.

Saving even more of your Mac’s battery

Thanks to some improvements in Firefox’s compositing pipeline — which you can read about here, if you want the geeky details — the browser now uses a lot less power than ever before, a 3x improvement in some cases. I think this illustration from Mozilla says it all:

And if you’re curious whether Firefox’s improvements — switching to partial compositing — are live on other platforms, Mozilla had this to say:

Read a report of all the trackers Firefox blocks for you

Not only is Firefox now blocking cross-site tracking cookies on social sites like LinkedIn, Facebook and Twitter — a brand-new feature — but you can now view your very own Privacy Protections report that shows you everything Firefox has been blocking in the background. To view it, simply click on the shield icon next to your address bar and select “Show report.”

Not only will you get a somewhat detailed breakdown of how many trackers Firefox blocked over the past week, but you’ll also get a quick overview of how many data breaches the email address associated with your Firefox account has been involved in lately — if you also sign up for that free feature. 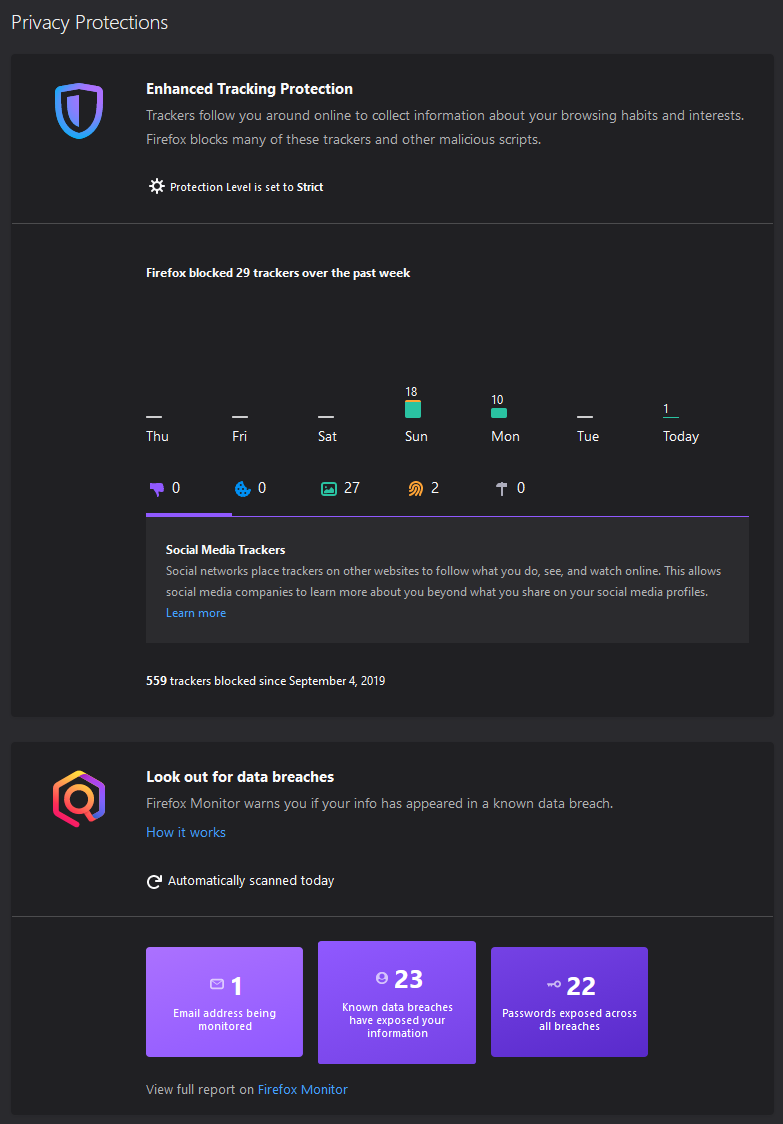 If you want to be a real baller, I recommend setting about:protections as your browser homepage within Firefox’s settings (in the Home section). That way, whenever you click the home icon — or tap ALT+Home on your keyboard — you’ll be able to jump right to your privacy report. I figure that’s more useful than a blank page, right?

Firefox is making it even easier to generate secure passwords for new accounts (or pipe in your older, saved, secure passwords when you’re logging in) via the browser’s Lockwise feature. As Mozilla writes:

That’s a pretty standard inclusion for any kind of password manager. What I also like, though, is the redesigned Lockwise dashboard, which you can access by clicking on the hamburger icon and clicking on “Logins and Passwords.” 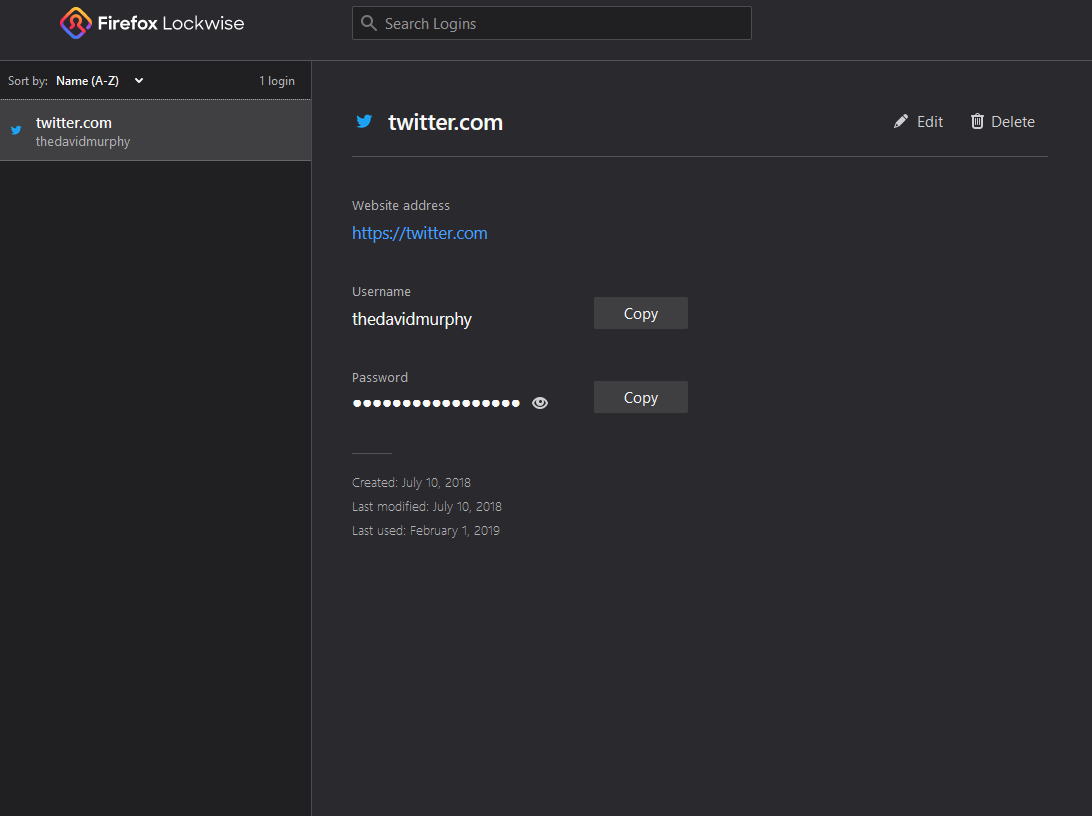 Not only does this screen make it easy to delete, create, and update your passwords, but you’ll also receive a notification if any passwords currently stored in Lockwise have been involved in any kind of data breach. It’s analogous to 1Password’s Watchtower feature, which I love.

Even more Windows users get webrender

You might not know what webrender is, but you’ll feel its effects if you can use it — improved performance and stability as a result of your GPU rendering web content instead of your CPU. In Firefox 70, even more Windows users are going to get a chance to use webrender, as Mozilla has opened the feature up to those running Intel integrated graphics and a display resolution lower than 1920-by-1200 pixels.