How To Unlock Hidden Browser Games In Edge, Firefox And Chrome 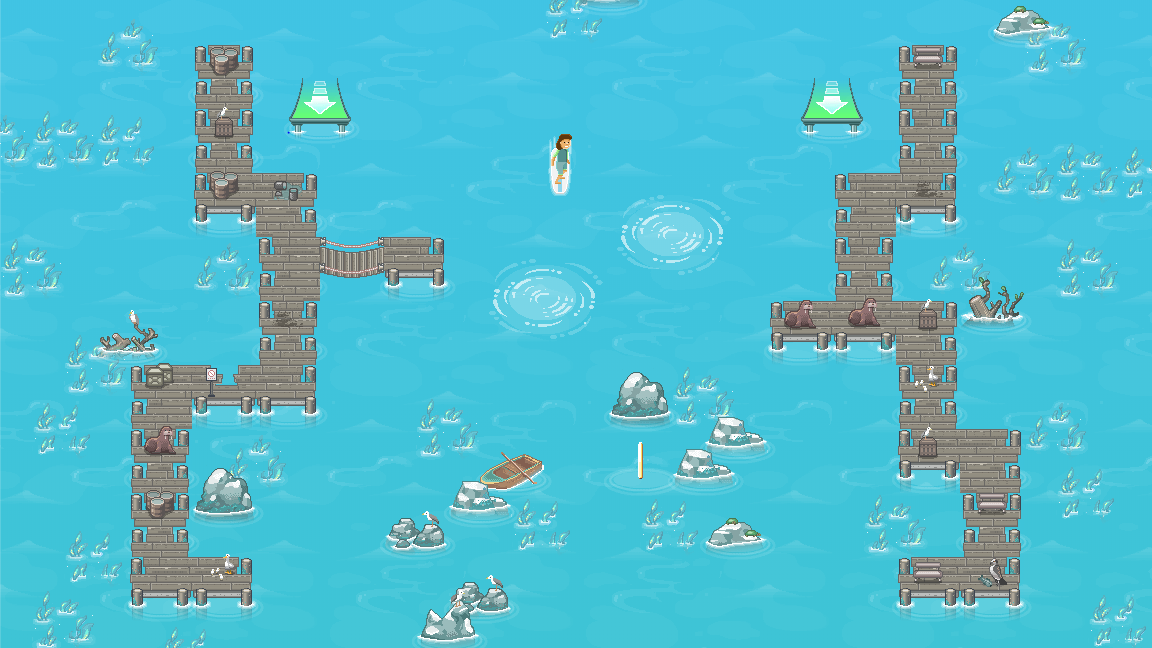 Your web browser is full of secrets. I typically spend my time poring over new features I can unlock via pages like chrome://flags and about:config, but it’s also nice to take a little break and play the hidden games that come packed into the most popular browsers.

Yes, your desktop browser is filled with hidden games. Don’t crack your knuckles and expect to hunker down for a Civilization VI-like session—they’re not that great. They are fun little time-wasters, though. If nothing else, they’re great to send to your friends if you’re looking to impress them with your technical know-how.

We love Edge Chromium as a browser, period. It also has the best hidden game of them all: a summer version of the classic SkiFree, or “How I spent my time in computer class during grades 7 and 8.”

To access it, make sure you’ve updated your browser to the latest version (via the triple-dot icon in the upper-right corner > Help & feedback > About Microsoft Edge). Once you’ve done that, copy and paste the following into your address bar:

OK, so it’s not SkiFree in the “plummeting down a wintery mountain and getting eaten by a Yeti” sense, but the gameplay is identical. Pick a surfer and use the arrow keys on your keyboard (or WSAD) to dodge left and right (or kick up your speed by mashing the down arrow a few times). If you pick up a green lightning bolt, press “F” on your keyboard to give yourself a speed boost. Zoom.

But that’s not all: Click the menu button in the upper-right corner of the game’s title screen—something I completely missed at first on my ultrawide display—and you’ll be able to play different modes: Let’s Surf (endless), time trial or an Olympic-like “Zig zag” through special gates. 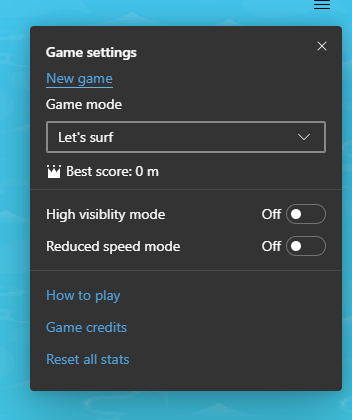 Is it fun? Absolutely. If nothing else, the nostalgia factor is worth a few minutes of surfing before you get back to, uh, surfing.

Typically you’ll see a screen from this game if you lose your network connection and Chrome can’t load a page—giving you the classic “ERR_INTERNET_DISCONNECTED” message with a friendly dinosaur in a western setting.

However, you can also play this endless runner game by entering the following in your address bar:

You’ll get the error page in question. All you have to do to start running is press the space bar. Your goal? Jump over the cacti. That’s it. To be honest, I miss the version where the dinosaur could have on a party hat, but that’s just me.

Here comes a new Easter egg in @googlechrome for 10th birthday of Google's browser: a birthday cake & party hat in 404 page-not-found error message dinosaur game. On display in Chrome in September. Try it out by switching off your network and trying to load a site. pic.twitter.com/fgTgshVspd

Why you gotta make it difficult, Mozilla? Firefox comes with a hidden game, too, but Mozilla makes you work much harder to access it than the competition.

To unlock the game, right-click on your toolbar and select “Customise.” In the screen that appears, you’re going to want to drag every icon to your OverFlow menu, which should eventually leave you with just a “Flexible space” option on your main screen.

You should then see a unicorn icon pop up on the bottom row of buttons, like so:

Click it and you’ll get to play some Pong with the flexible space button serving as the blocks for the bouncing…unicorns? We can’t make this stuff up. 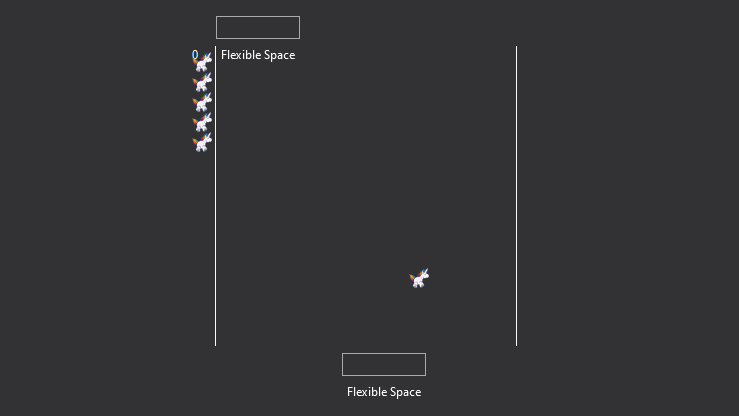