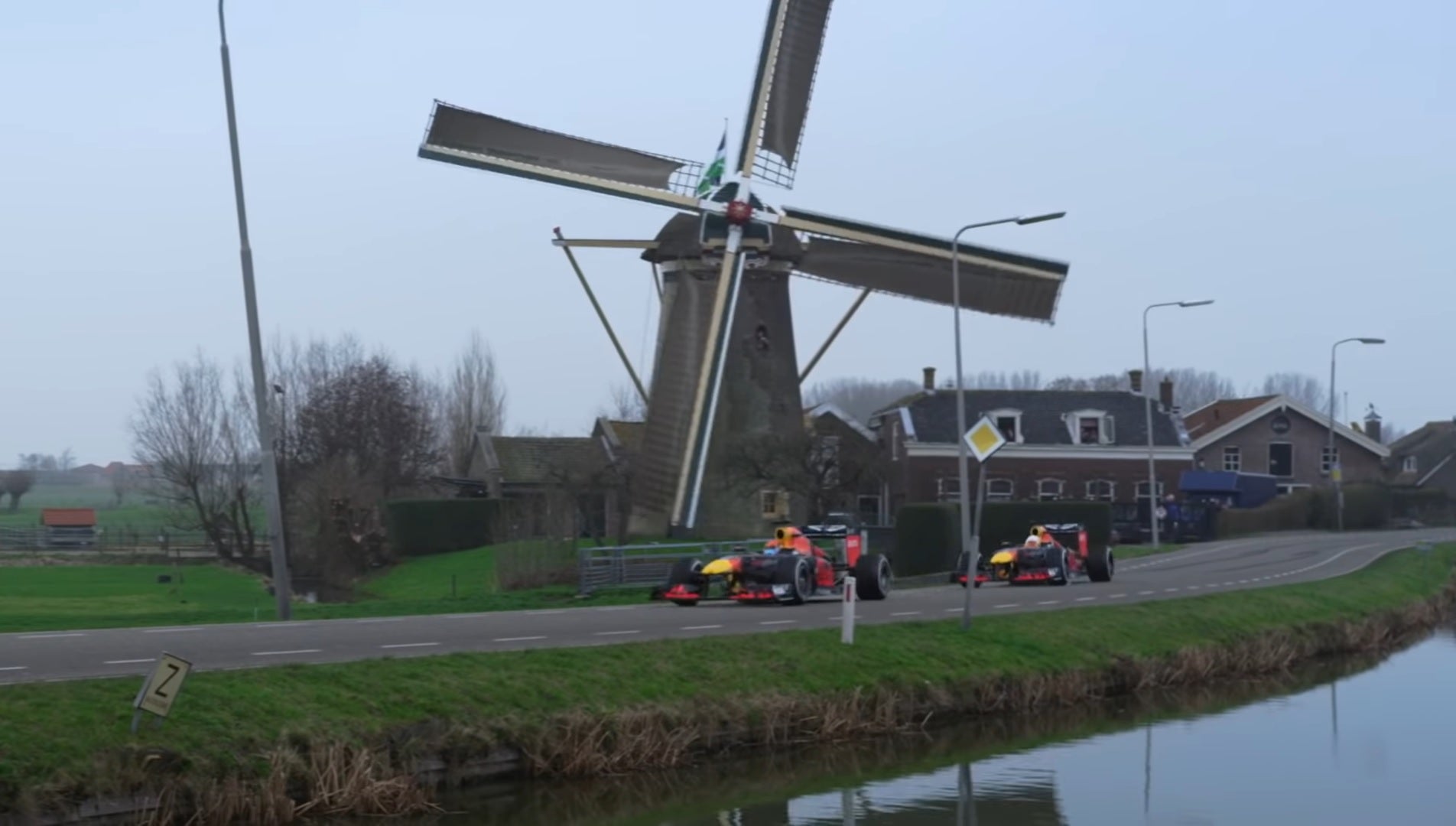 Image: Red Bull
To sign up for our daily newsletter covering the latest news, hacks and reviews, head HERE. For a running feed of all our stories, follow us on Twitter HERE. Or you can bookmark the Lifehacker Australia homepage to visit whenever you need a fix.

In preparation for the Dutch Grand Prix at the newly-revamped Zandvoort circuit—a race I was seriously looking forward to back in January—Red Bull Racing let its two drivers haul arse around the Verstappen’s home country in the old championship-winning RB7 and RB8 from 2011 and 2012. Though they have been re-skinned in the current team’s livery, dropping Infiniti for Aston Martin and Total for Esso.

This Dutch road trip shows off some of the country’s greatest landmarks. From the docks of Rotterdam the duo head down to check out a few famous windmills in the stunning Dutch countryside. They go to the Hague, then on to the beach where another Red Bull Dutchman is waiting for them, motocross champ Jeffrey Herlings. Typical Red Bull shenanigans ensues. I never thought I’d see Formula One cars driving on a beach.

Obviously, the Dutch Grand Prix didn’t happen last weekend, and this is as close as we’ll get to Formula One on-track action for a while. Those naturally-aspirated V8s sure do sound good, though, don’t they?

Once all of the shenanigans are over and the bike has jumped over the two Grand Prix cars, Verstappen and Albon head over to the Zandvoort circuit to give it a few laps. This is where the video takes a somber turn. What should be a celebration of the new circuit, the Red Bull drivers, and the triumphant return of racing to an historic circuit, the cars on track and fans in the stand only remind me of the disaster that we wake up to every day. Brutal, Red Bull. Brutal.

I do like to imagine that Red Bull just ships its cars, driver-installed, across the world in large freight containers. I mean, Max is already pretty much a robot, so why wouldn’t he agree to such a thing?

This article was originally published on Jalopnik.