All The Tech Driving The F1 Grand Prix

On Sunday afternoon, hundreds of millions of motorsport fans from around the world will be tuning in to watch the Australian Grand Prix. And while the cars offer a fascinating insight into the future of motoring – many innovations start in F1 and eventually find their way to consumers – the technology behind the cars is incredible.

After a day touring garages and chatting with people behind the scenes, I discovered there’s a lot we can learn about managing enterprise and business systems from this massive rolling roadshow.

In order to win at F1 you have stay in the race. That means reliability is crucial. Chris Green, the head of IT operations for the winner of the constructor’s championship team at Mercedes, has invested in simplifying the technology his team depends on.

With a small team and a lot to do, Green’s focus has been on ensuring the things that really matter are top priority. That means keeping things simple and reliable. For example, the team relies on hundreds of virtual machines to run applications. In the past, Green said one of the challenges he faced was an overly complex storage infrastructure that left him with too much capacity in some places and a shortage in others.

Adding to the challenge, Green said he needed tech that had the fewest possible moving parts, could operate in challenging conditions such as the edge data centre the race team transited from race to race across 21 countries each year, and was well supported.

That led Green and Mercedes to using a solution based on Pure Storage’s tech.

That focus on reliability and ease of use was relented with several of the teams I spoke with. 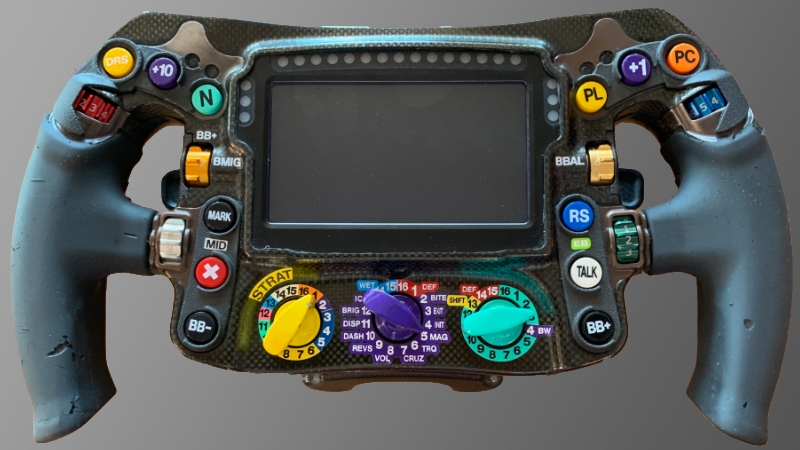 Even tech such as VR is used with Epson Moverio smart glasses allowing the team to look for new ways to visualise data and manage the complex tasks of designing and maintaining precision vehicles.

Zoe Chilton, the head of tech partnerships for Red Bull Racing, told me a similar sorry when it came to the teams use of Citrix. That constant movement around the world means the team needs to set up a full branch office for each race. And that office, including the garage where the cars are assembled, is put together in just a day or so, and broken up and packed about eight hours after the chequered flag falls.

Red Bull Racing uses Citrix on HP SimpliVity hyper-converged hardware to run remote desktops from the team’s garage and HQ in London over a connection provided by AT&T. The applications being run are quite complex.

For example, Chilton said the team runs CAD applications that are used to review what is happening at the track so tweaks to the vehicle can be made. As the files the team needs to work with are extremely large, it’s a more efficient use of bandwidth, which can be variable depending on where the team is on the global circuit, and lets them use the compute power of their servers.

The hardware and software them teams run at the track are the same as those back at their respective headquarters so data can be replicated as needed.

When looking at the infrastructure needs of his team, he asks a number of questions that help guide his technology decisions.

He asks what is possible in a minute and what decisions require a response in 10 seconds or less? That allows him to focus his team’s efforts on the technology that best fits the team’s needs and lets him channel the right data over the comms link between the circuit and HQ that’s provided by Tata Communications.

In some cases, that means he can harness cloud services to crunch the massive amounts of data while in others he depends on local compute from the teams portable data centre in the garage at Albert Park or wherever the team is racing,

Like all the teams, security and privacy is critical. Especially early in the season, the F1 teams are making sure information doesn’t leak to other teams as they try to grab ascendancy early in the season. Hackland says he is worried about data loss and corruption.

He is looking at blockchain as a way to ensure the data leaving the garage and reaching the Acronis cloud services the team uses is untainted.

For those that will be watching the cars travel around the 5.3km circuit 58 times there will be a lot to marvel at with the skill of the drivers and the design and engineering in each car. But the race is also won by the team off the track, collecting terabytes of data from hundreds of sensors on the car, helping the teams finish the race and garner a podium result.

Anthony Caruana attended the Australian F1 Grand Prix as a guest of the Mercedes, Red Bull and Williams teams.