If you want to watch movies online with your friends, the pandemic has brought us some options.

Netflix Party has been around for a while, but got a lot of traction early on during our time at home. Later we found Vemos, which is essentially the same thing, but allows you to not only watch Netflix with friends but also things like Disney+.

This week we came across an app that allows you to watch things with friends on your phone: Airtime.

You can’t watch whatever you want, but you can watch streams on YouTube and Twitch, as well as some handpicked movies and TV shows, and tunes from Soundcloud.

Similar to apps like Houseparty, you start by creating a “room” to invite your friends to. Rooms can be public, if you’re open to all your friends stopping by, or secret if you’d rather invite a select group.

Once you’re up and running, you can video chat or watch something. Rooms can hold up to 10 at a time. 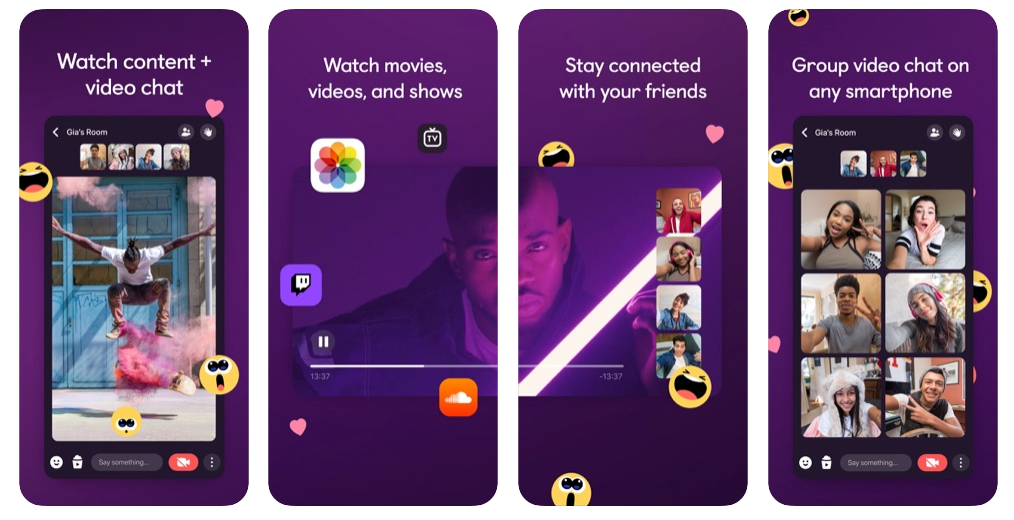 Admittedly setup isn’t great. You’re required to add three friends in order to actually get through the sign up process. While arguably you’re likely joining the group chatting platform to talk to an actual group of people, it’s not the best if you were just planning to join to watch with a single buddy.

Once you’re in though, creating a room is super simple, as is paying all that content.

If you live in a house where there aren’t as many computers as people, it can be a great option to allow that kid without a computer (or mum whose loaning hers out) a way to watch with friends as well.