How To Install The Best Firefox Extensions On Android

The development of “Firefox Preview,” Firefox’s rebuilt Android app, has been moving smoothly along, and this week one of its best features received a substantial update.

Mozilla added support for browser extensions to Firefox Preview back in February, but you could only install one add-on: uBlock Origin. Mozilla’s most recent test builds for Firefox Preview have added five more add-ons to the mobile browser that can be installed from the app’s settings, and they’re all awesome: 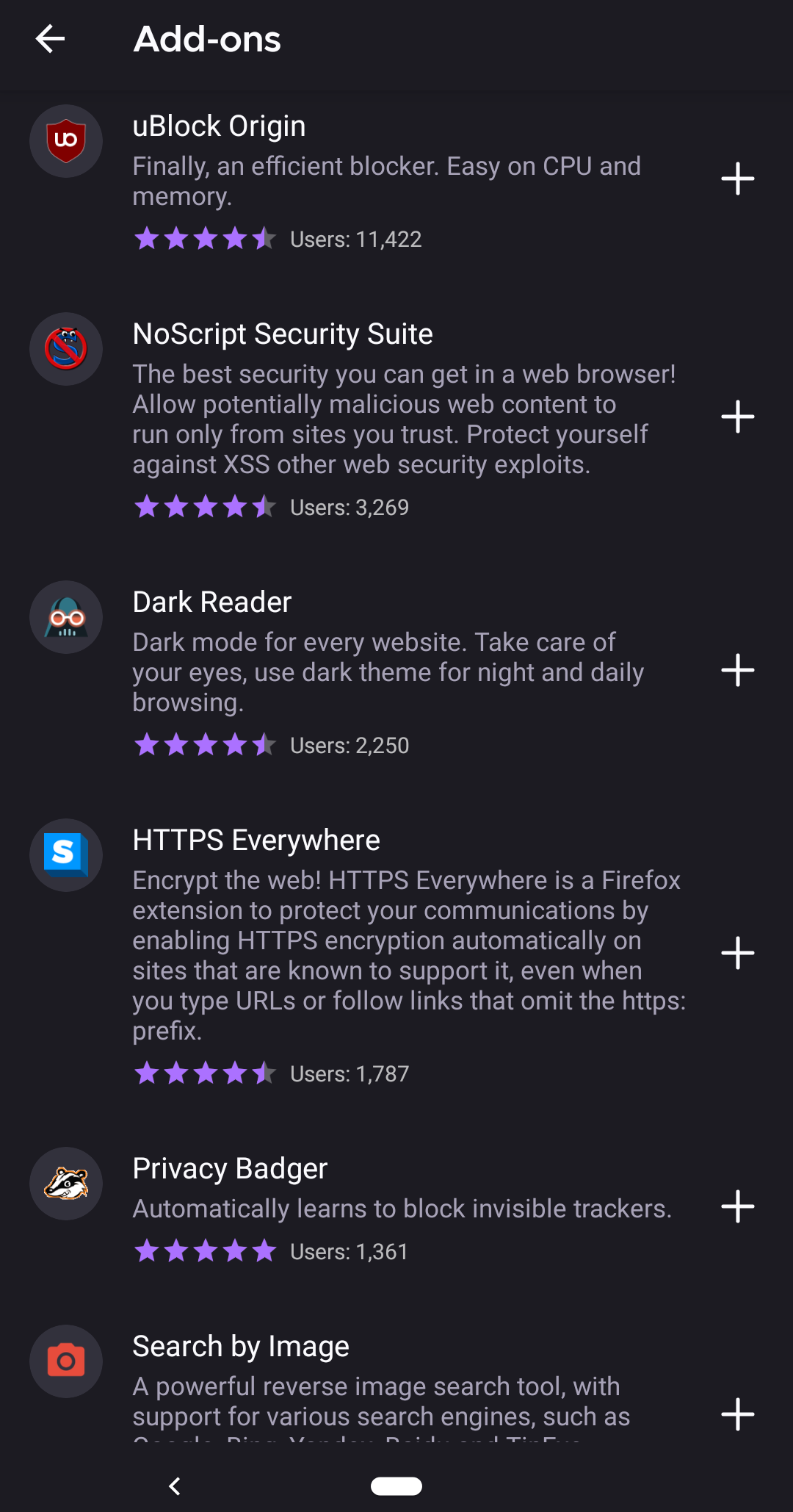 These new add-ons are available in the latest Firefox Preview developer version. You can try them out early by downloading the Nightly Build from Google Play.

While Nightly builds are intended for developers and often suffer from stability issues, downloading it so won’t overwrite any other version of Firefox Preview you have installed. If something isn’t working, you can simply uninstall the browser and swap back to the more stable version of Firefox Preview you were using before. The new add-ons should be available in other versions of the app soon anyway.

How to install the add-ons