How To Remember What ‘Bear’ And ‘Bull’ Market Mean 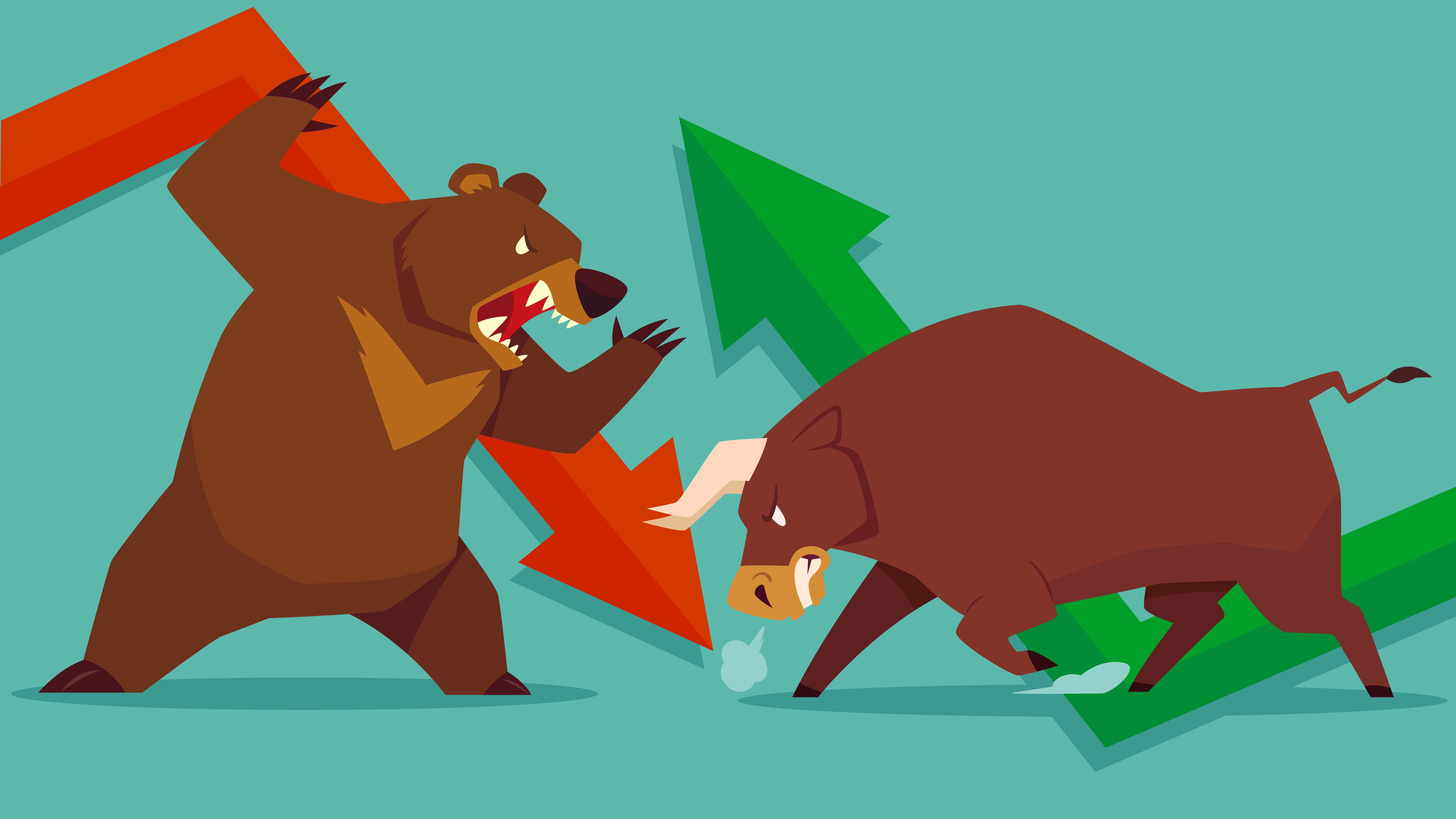 I like to think that I know a fair bit about investing, but every time I hear someone say “bear market” or “bull market,” I have to double-check what they actually mean. (Is the bear the one where stocks are dropping, or is that the bull?)

Here are three quick mental tricks to help you tell your bulls and bears apart.

As Ian Salisbury explains at Money.com, bulls fight by stabbing up and bears fight by slashing down:

I have never been in either a bear or a bull fight, so I cannot attest to the veracity of this claim.

If you like your metaphors slightly more graphic, here’s one from Alex Planes at The Motley Fool:

A bull might be known for thrusting its enemies upward, but a bear prefers to knock foes into the dirt.

Once again, I have not experienced this bear/bull behaviour in person—but I am well aware that “bears knocking foes into dirt” is a thing, thanks to that Leonardo DiCaprio movie.

If you want a mental hack that’s a little less violent, Melanie Pinola offered this analogy for Lifehacker readers back in 2015:

In a bullish market, everything’s moving forward: investors are confident making a lot of buys, more companies are entering the stock market, and more money is being invested in the stock market overall (technically, a bull market means the market has risen in value by at least 20%). In a bear market, investors pull back (like bears hibernating). Prices start to hover and go down, and people wait and see more before investing additional money in stocks and bonds.

I think bears also charge forward (remember, I am familiar with The Revenant), but since bulls definitely don’t hibernate, this one also works? Maybe?

If you have other suggestions on how to remember which one is the bear market and which one is the bull market, let us know—because I don’t think any of us really want to keep looking it up on our phones every time the market changes.