How To Eat, With Mark Bittman And Dr. David L. Katz 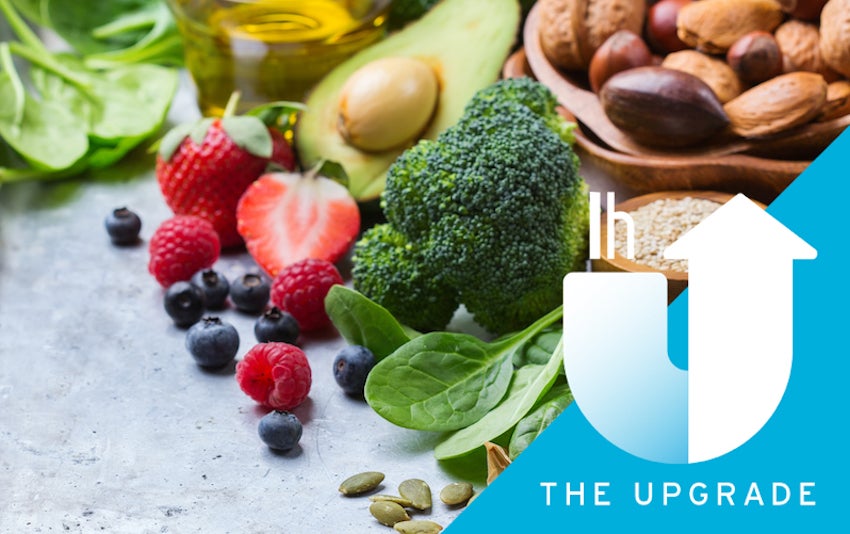 Forget paleo, keto, and intermittent fasting—we’re getting to the truth of how you really should be eating this week with Mark Bittman and Dr. David L. Katz. Their latest book is called How to Eat: All Your Food and Diet Questions Answered, and in this episode, they discuss the importance of using both science and common sense when it comes to our consumption. Hear them talk with Alice and Melissa about the flaws of the latest health fads and the diets that actually do contribute to greater overall health. (Spoiler alert, we can’t live in sustained ketosis.)

Mark is a leading voice in the food world, having written over 30 books on the topic, including the New York Times bestseller How to Cook Everything. Dr. Katz is the founding director of Yale University’s Yale-Griffin Prevention Research Centre, as well as the founder and president of the True Health Initiative.

Listen to The Upgrade above or find us in all the usual places where podcasts are served, including Apple Podcasts, Google Play, Spotify, iHeartRadio and Stitcher.

From the Mark Bittman and Dr. David L. Katz Interview

Dr. Katz on why paleo doesn’t translate to the present day:

In the Stone Age, we were scattered, isolated bands of foragers in a great big, empty world of seemingly inexhaustible resources. And the world’s leading experts on paleo, truly, the people who put this in the peer-reviewed literature in the first place say we absolutely cannot eat like that now. We can learn lessons about our adaptations. But now we need to be getting that protein from beans and lentils because you cannot feed 8 billion hungry people with a stone-age diet. It just doesn’t work. I actually did the maths for Huffington Post piece I wrote some years ago. I looked across the literature to see what’s the average amount of space you need to make a living as a hunter-gatherer. And then I applied that to a population of 7.8 billion. And my calculation was we would need 15 times the total surface area of the planet.

Mark Bittman on whether or not there’s a “perfect” diet:

[T]here is not an optimal diet except in the broadest possible sense and in the broadest possible sense, an optimal diet means largely plant-based diet that avoids ultra-processed food and most animal products. And it’s kind of as simple as that. Now that’s very general. That allows for a lot of flexibility. It allows you to say, “I don’t want to eat beans, I just don’t like them.” It allows me to say, “I don’t even want to eat many vegetables.” It allows you to say a lot of different things. And the fact is there are many so-called optimal diets or many good diets. (There are probably more bad ones at this point.) But there are many, many versions, many variations on the good ones. What I say a lot and what I think it’s safe to say is that any traditional diet is a good diet and almost any modern diet is a not good diet.