The Best Video Games To Play When You’re Lonely

Living alone can be delightful, quiet, and great, but it can also give you a small sense of social dread as you get a little too used to your own company. Thankfully, the wonderful world of video games is here to help distract you from your troubles.

I’m not saying that solving social anxiety with a budding video game addiction is the right move; rather, there are plenty of titles you can enjoy as a loner when you just feel like getting away from the real world for a little bit. There are even games you can play that can help you make new friends and address whatever has gone wrong in your real-world social life. Heck, people have even found their next real-world partners in a video game. Anything can happen. 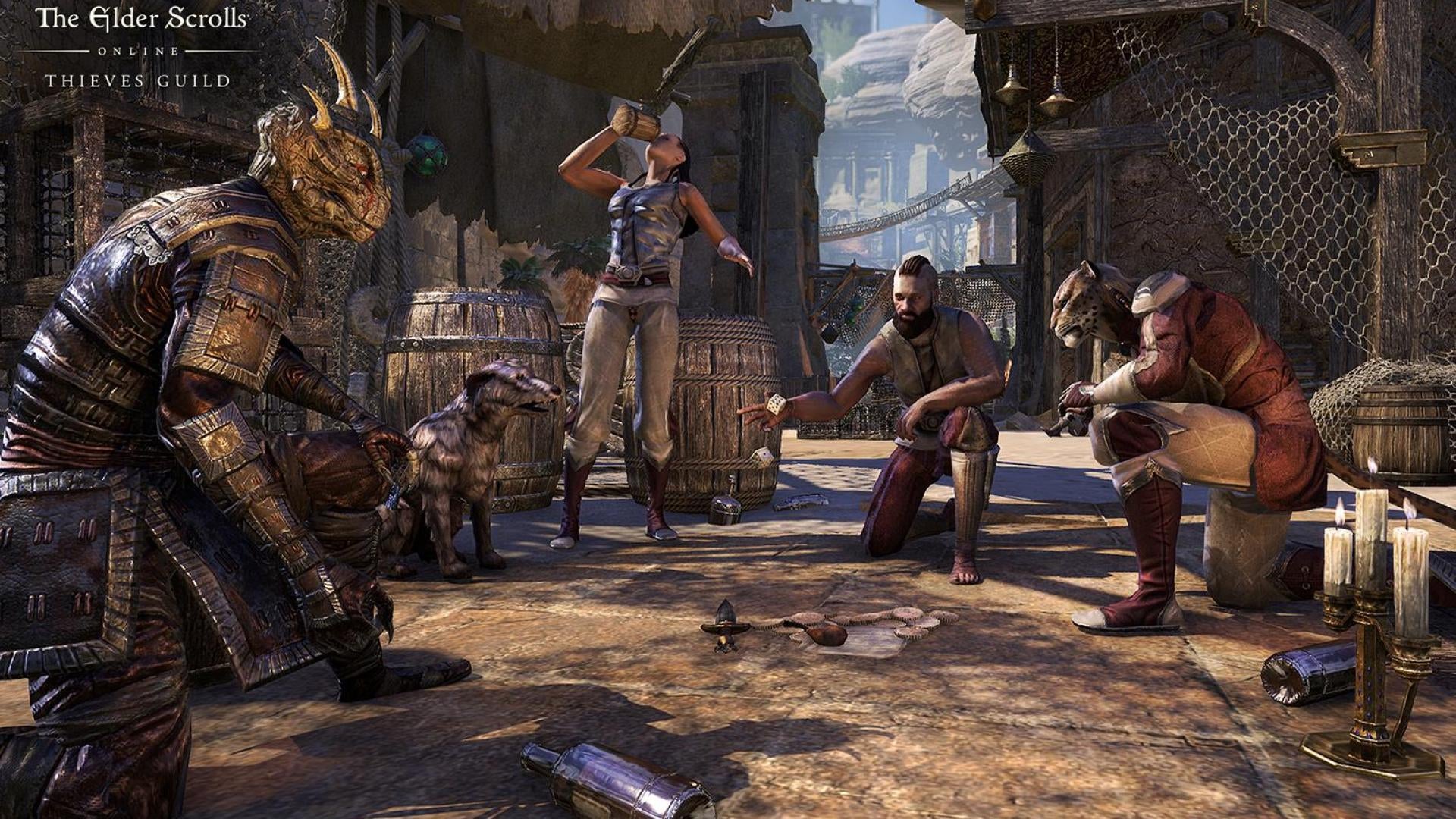 The first and most obvious choice of game to try if you’re feeling a bit lonely is a massively multiplayer title. With thousands of people playing in vast, virtual worlds across hundreds of servers, you’re bound to find three things: an activity you enjoy doing, people who also enjoy doing that activity, and a way for all of you to coordinate doing that activity together in the future.

In other words, you don’t have to play the game as the developers intended. If you have no interest in giant player-on-player fights against tens (or hundreds) of other really good gamers, don’t! Maybe you’ll find joy in working with a group of people to complete in-game achievements, mine asteroids, go fishing—whatever activities the game provides for those who are less combat-inclined. (And if you’d really rather just team up and kill other people, that’s fine too!)

There are plenty of titles you can pick from. I recommend giving World of Warcraft a try, one of the heavyweights that comes with a reasonable amount of handholding and a free version of the game you can play from levels 1-20 while you get your feet wet. The Elder Scrolls Online is another title I find compelling, especially if you prefer an MMO that feels more like an adventure game (with active blocking) than a “press 1 a bunch to stab things” kind of a title.

Guild Wars 2 is another solid, classic MMO that doesn’t require any upfront payment for the core experience. And if you want to really want to jump in the deep end, there’s always EVE Online—you’ll absolutely find communities willing to help out complete newbies, and there’s plenty you can do even if flying-and-gunning isn’t your thing. Heck, you can even go check out Elite: Dangerous if you feel like flying around space with a lot of people without the game feeling (too much) like one giant Excel spreadsheet.

Games with an awesome multiplayer component 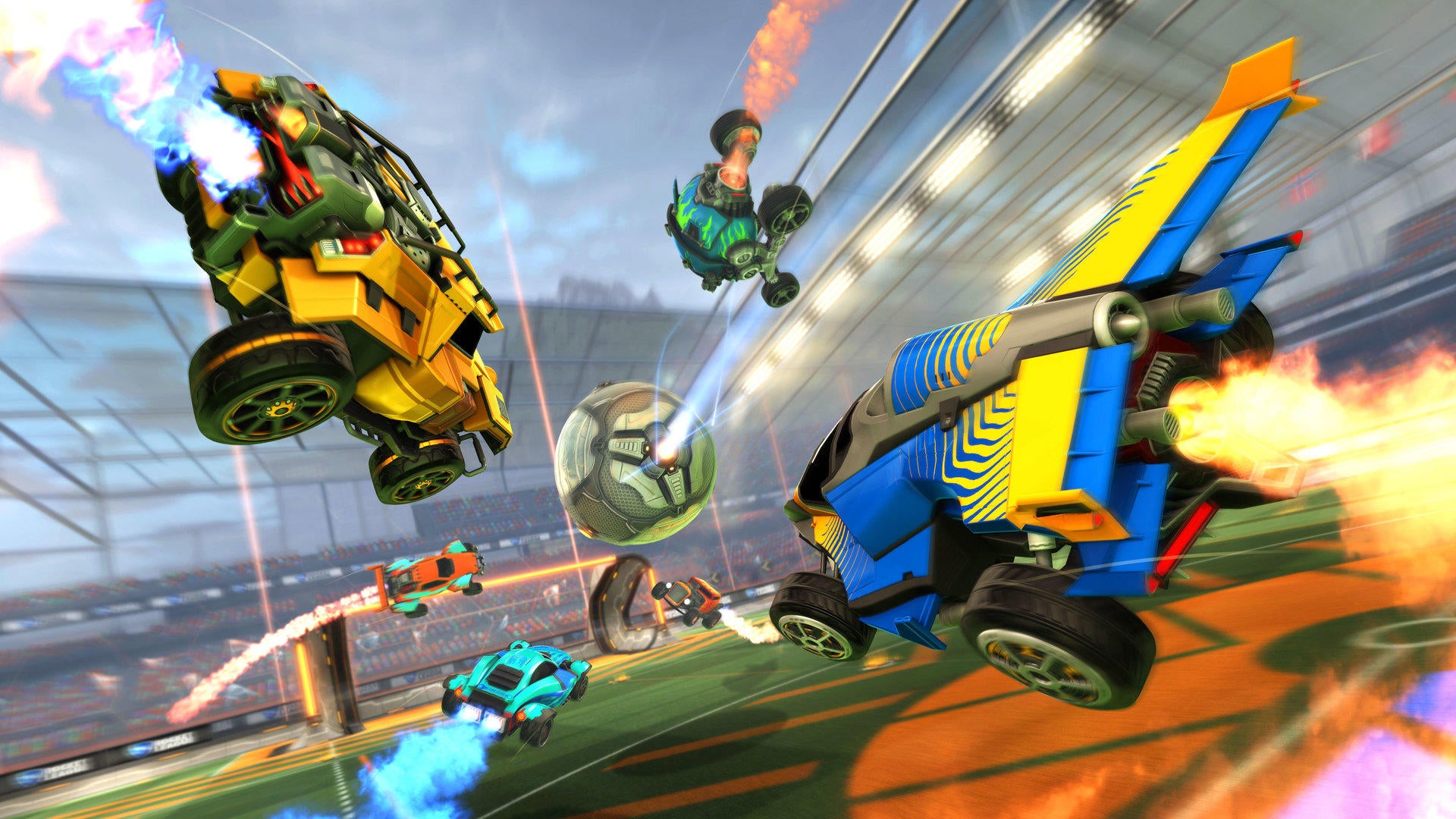 If MMOs aren’t your bag—and that’s fair, because they can be complex and soul-sucking—consider a game that simply has a strong (but not overwhelming) multiplayer component. Better still if the game already forces you to work together with other people, or makes it painfully easy to do so.

If you’re big into shooters, the free-to-play Fortnite can be a great way to suffer the agony of defeat with squads (or giant teams) of newfound friends. A game with open-world components like Grand Theft Auto V or Red Dead Redemption 2 could help you stay social with some friendly back-and-forth gunfighting. In all seriousness, it’s easy to team up with others and create all sorts of chaos, so this could be a great way for you get your social kicks and accomplish some pretty awesome, in-game mayhem.

And I’d be a terrible gamer if I didn’t mention good ol’ Stardew Valley. Find some friends in a related Reddit community and team up to build your own mega-farm. Assuming you can all agree on the decor, you’ll spend way, way too many hours with these people. And the same is also true for a game like Minecraft; nothing brings people together like creativity and creation—or chaos, if you’d rather team up with others to grief everyone else’s masterworks.

What else? Team Fortress 2; Rocket League; even battle-arena titles like Heroes of the Storm or League of Legends all have thriving communities. Find gatherings of players who are willing to show you the ropes (or just have fun, instead of going wild over k/d ratios or how badly you’re performing in your lane), and games that force you play nicely with others is an easy ticket to making some new online friends.

If you’re crazy, go play some Path of Exile; you’ll have to reach out to others, simply because the Diablo-like monster-clicker has the world’s craziest skill tree. You can also give Warframe a shot; I haven’t tried it myself, but I’m told this action-shooter’s community is pretty welcoming to new players. 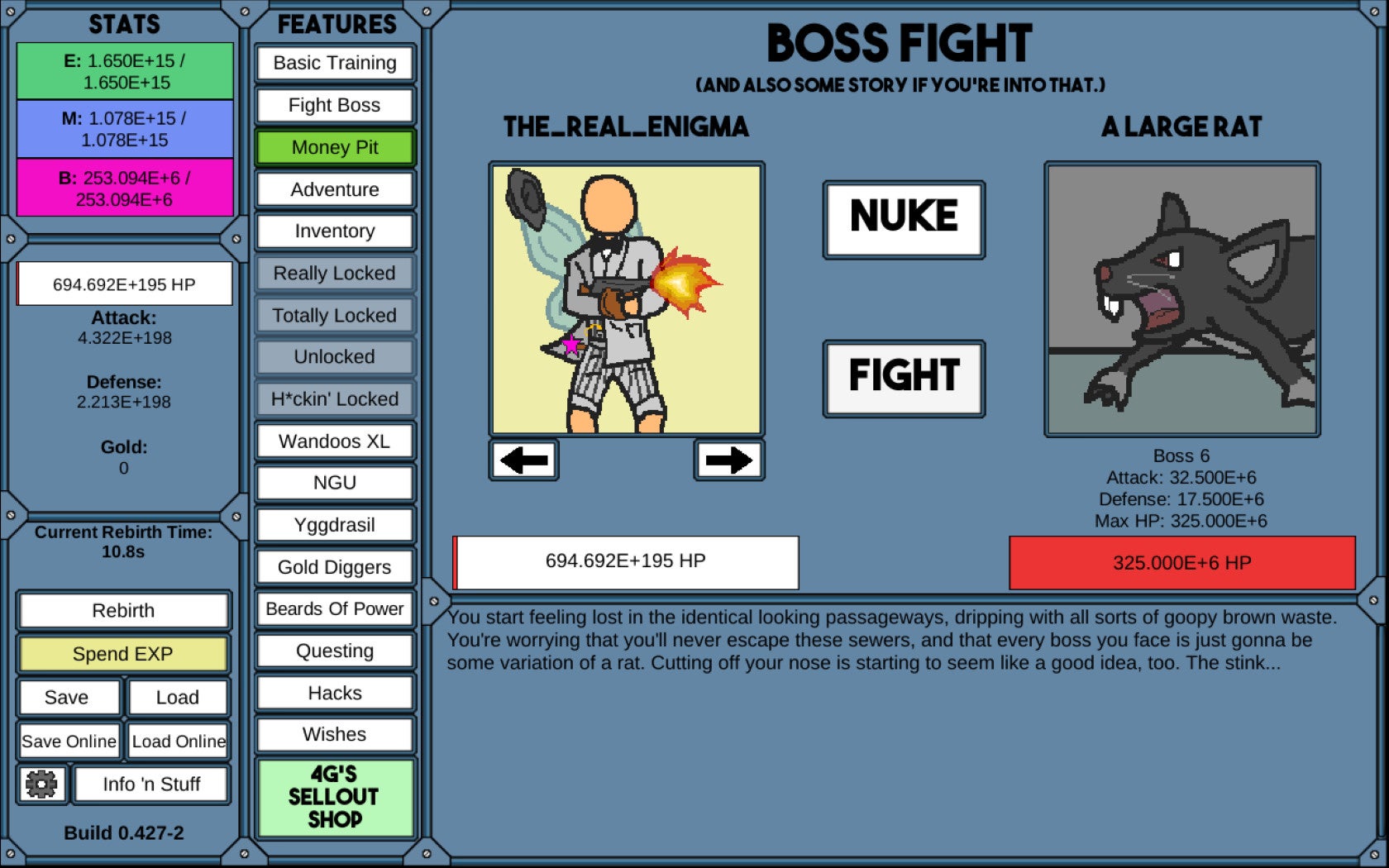 I’ve talked about this awesome category of games before, but I’ve come across plenty more amazing titles since then. For those unaware, an idle game is one that basically plays itself; you set up your parameters and let it run. Every now and then, you check back in on it, make some adjustments, and let it keep running.

You aren’t going to improve your social skills playing these games directly. However, they’re typically pretty complicated; if you’re trying to min/max your experience, you’re going to want to find the communities of players that play your specific title and see what tips or suggestions they have. And in doing so, you’ll be exercising your social skills a bit—much more so than if you sat around by yourself playing Civilisation VI all day long, or something like that.

Additionally, these are great games that can give you a sense of progress and let you have a little fun without requiring constant supervision. In other words, you won’t be sitting at your desk all day long. You’ll set up your game, go out and have a productive day, and check in on how the game did when you get back home. It’s a win-win.

My current favourite idle game is the ever-complex NGU Idle, but I’ve also been dabbling with Territory Idle, Idle Wizard, and my perennial favourite, Idle Champions of the Forgotten Realms. Yes, you can even play more than one idle game at once, if you have a mind for that sort of thing. I find it a bit overwhelming at times, but that’s just me.

If idle isn’t your thing, but you want to find a game where the established community is critical to the game’s understanding—giving you an easy reason to interact with others online—you can also check out the exceedingly complicated Dwarf Fortress. I never could get into it, but you might have better luck with your ASCII world than me. 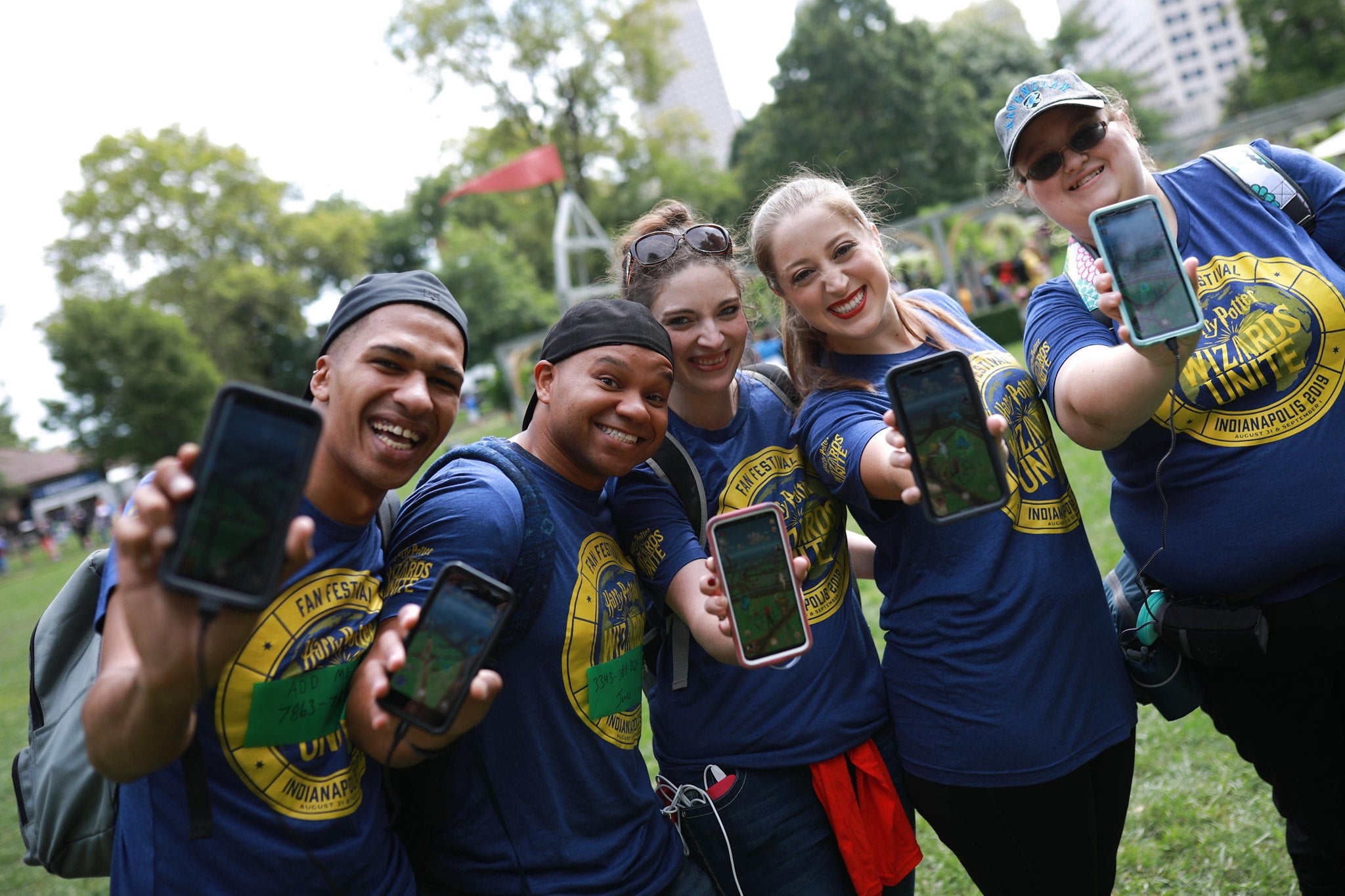 Finally, I recommend taking out your phone and grabbing one of the big “walk around and play” titles—Pokemon Go, Harry Potter: Wizards Unite, or even Minecraft Earth. Find a friend, a colleague, or even a random player while you’re walking around during your lunch break, flinging digital pokeballs at augmented-reality creatures.

You might even meet fellow players at one of these games’ larger events at a real-world location, and maybe a few of them will become your new gaming group going forward. You never know!