If you want to be able to stream 4K Ultra HD content from Netflix you’ll not only need a high-resolution television, you’ll need a fast internet connection as well.

For one 4K stream, Netflix says you’ll need an internet speed of at least 25Mbps. Most households in Australia probably have that, but if you’re only paying for a lower-tier of service from your provider, your bandwidth might be close to that limit.

Nine Hidden Netflix Gems You Need To Search For

Browsing through Netflix and everything is starting to look the same? We've all been there. It can be hard to find something different to watch so we've hunted down nine awesome movies and shows that you won't find on the front page.

Many providers have a 12 or 25Mbps speed limit for their entry-level connections. When you’re streaming something in SD you only need 3Mbps and Full HD only requires 5Mbps, so that means a stream could be going while other people in your household are streaming a show in another room or playing a video game using your internet connection. With 25Mbps, you’ll need most of your home’s bandwidth to actually stream in 4K.

To help you figure things out, Netflix actually has a speed test tool that will let you know what your internet speed is. You can find it here. 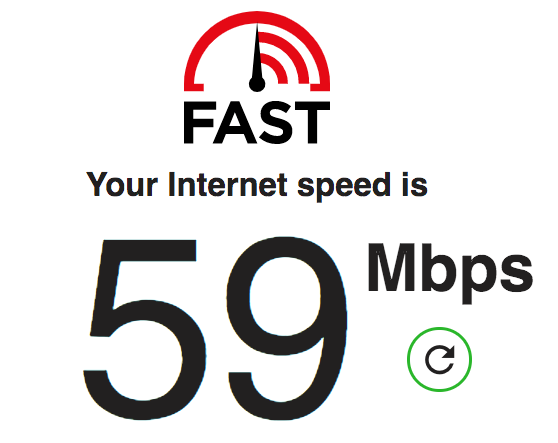 The tool said my internet speed was 59Mbps, which is barely enough for both me and my boyfriend to stream different 4K shows simultaneously, but it could in fact happen.

If you’ve been having trouble streaming 4K content from Netflix or if you just want to see how fast your internet is, it’s an easy tool to try.