While the launch of new gaming hardware is always an exciting time for console gaming fans, we’re bound to see plenty of fake “leaks” and rumours in the lead up to the official launch of Microsoft’s Xbox Series X and Sony’s PlayStation 5 later this year. Sometimes, these “leaks” even come from places you wouldn’t expect to see them—like another large company’s press event.

At its recent CES press event, AMD ran a sizzle reel of several upcoming products, including the Xbox One Series X, which will use a custom AMD CPU. Notably, the footage of the Series X included what seemed to be our first look at the upcoming console’s connections, which included two HDMI ports, an Ethernet port, and various USB ports. 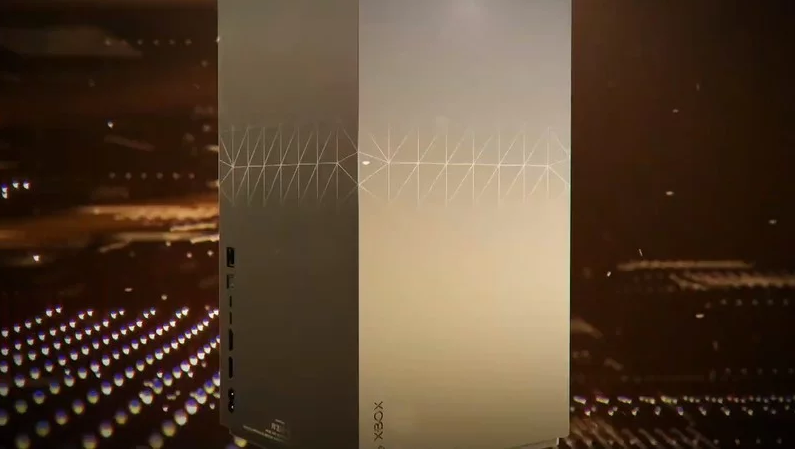 Unfortunately, as The Verge reports, it turns out that AMD’s CGI render was actually a fan-made concept of the Xbox Series X taken from 3D modelling site TurboSquid.com, and not an official model. Various tech outlets reported on the apparent “reveal” and the images spread across Twitter—after all, if the info came from the company providing the hardware for the Series X, they must be real, right?

To be fair, the Xbox Series X will probably launch with a pretty similar configuration to what you saw in the fake—we doubt Microsoft will thumb its nose at HDMI, for example. AMD’s fakeout is a sobering reminder of how convincing these mockups can be—even the people working on these devices can be tricked, or at least, can be convinced that including “borrowed” renders is a good idea. (It’s not.)

As a general rule, it’s wise to take unconfirmed information or leaks with a grain of salt—even if they’re accompanied by seemingly real photo or video evidence. Plenty of talented tech “leakers” know their way around 3D modelling and video editing software, and it’s easy to get fooled by convincing (but ultimately fake) fan-renders of rumoured upcoming devices.

What’s been confirmed about the Xbox Series X

In light of AMD’s mix-up, here’s what do we know about the next Xbox at this point. From Microsoft’s official reveal at the 2019 Video Game Awards, we know the Xbox Series X will be a squat rectangular device that can play the entire library of games from previous Xbox generations—including all-new titles built specifically for the Series X, of course—and will feature cloud streaming in some capacity.

Specifics on hardware are still sparse, but we know it’ll have a solid-state drive for storage, an AMD-based CPU, and a custom APU which Microsoft says will help the Series X achieve 8K resolutions, 120 FPS, and native ray-tracing capabilities. The controller resembles the Xbox One’s controller, though is said to be slightly smaller in size.

And connections? We’re still waiting to hear about that. You can assume HDMI 2.1 (to support that teased 8K resolution) and USB are on the table. Will we see DisplayPort on Microsoft’s rectangular not-a-PC? If Microsoft doesn’t mind limiting gamers to a lame 30Hz, sure—unless it’s planning to go big with DisplayPort 2.0. But this is more of a PC spec than something you need to worry about in your living room, so we’re not holding our breath.