2019’s big end-of-year “Winter” sales on PC gaming platforms like Steam, GOG and the Epic Games Store are finally here. These sales often have the biggest discounts on PC games you’ll find all year, making it the best time to pick up a few titles from your wishlist.

All three winter sales run from now until January 2, 2020. That said, you’ll want to do some shopping around before you buy since some games may be on sale on multiple platforms for slightly different prices, and some stores may also have exclusive offers to consider.

Steam’s Winter Sale is arguably the biggest of the three, though the platform is changing the way it’s handling discounts this year. Instead of limited-time flash sales cycling throughout the event, all the discounts are live now and will remain available the entire time. Not quite as exciting, sure, but the consistency is a welcome change and makes it easier to take advantage of the sales.

Steam users will also be able to collect “festivity tokens” during the sale event by purchasing games and completing simple tasks—like adding items to your wish list or making game recommendations to your friends. You’ll earn 100 tokens per dollar spent or task completed, which can be used to unlock limited-time profile pictures and chat effects, or saved up for coupon codes (about 5,000 tokens for an extra US$5 off).

Other highlights from Steam’s Winter sale include:

Steam’s full list of discounted games is much longer, but it’s worth noting that a few of the games in Steam’s sale—such as Jedi: Fallen Order, Disco Elysium, Ashen, or Red Dead Redemption 2—are also available in the Epic Games Store’s Holiday sale and/or the GOG sale for the same prices, and in some cases buying from another store may be a better deal. 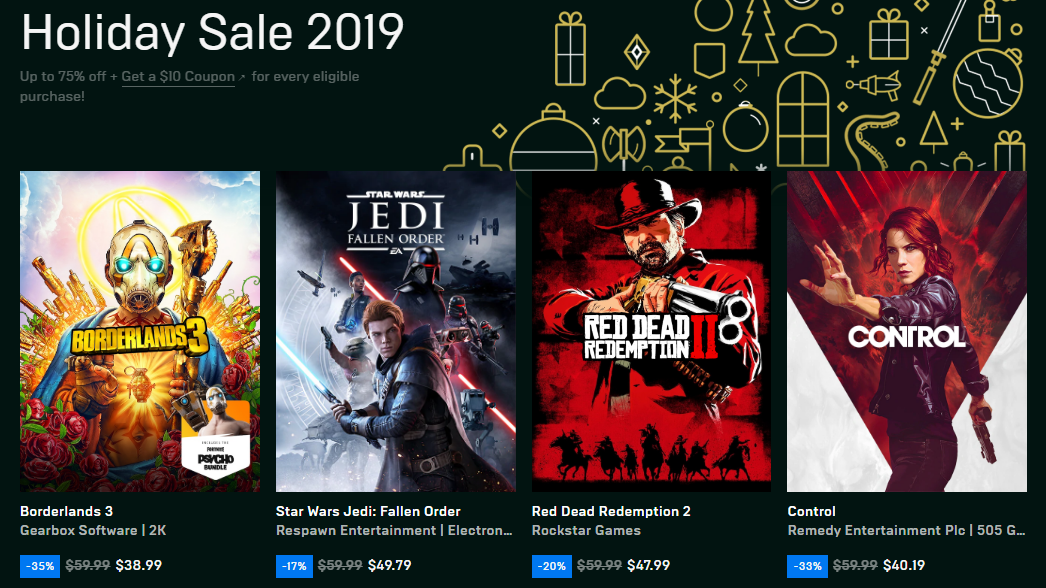 For example, Epic is adding complimentary coupon codes for an extra $US10 off eligible purchases at checkout, meaning you could potentially save a bit more than when buying on Steam. Games purchased through GOG, on the other hand, are DRM free and can be installed and played anywhere without requiring a login or an internet connection in most cases, while games bought on Steam or Epic require you to be online and signed in in order to access your library.

Speaking of Epic’s Holiday sale, it doesn’t cover as many games as Steam’s and the overall discounts aren’t quite as big, but it does include several excellent titles on that you can’t get anywhere else (all prices have been converted into AU dollars):

Epic is also giving away one free game each day during the sale, but you have to log in and manually add the game to your library in order to get it. 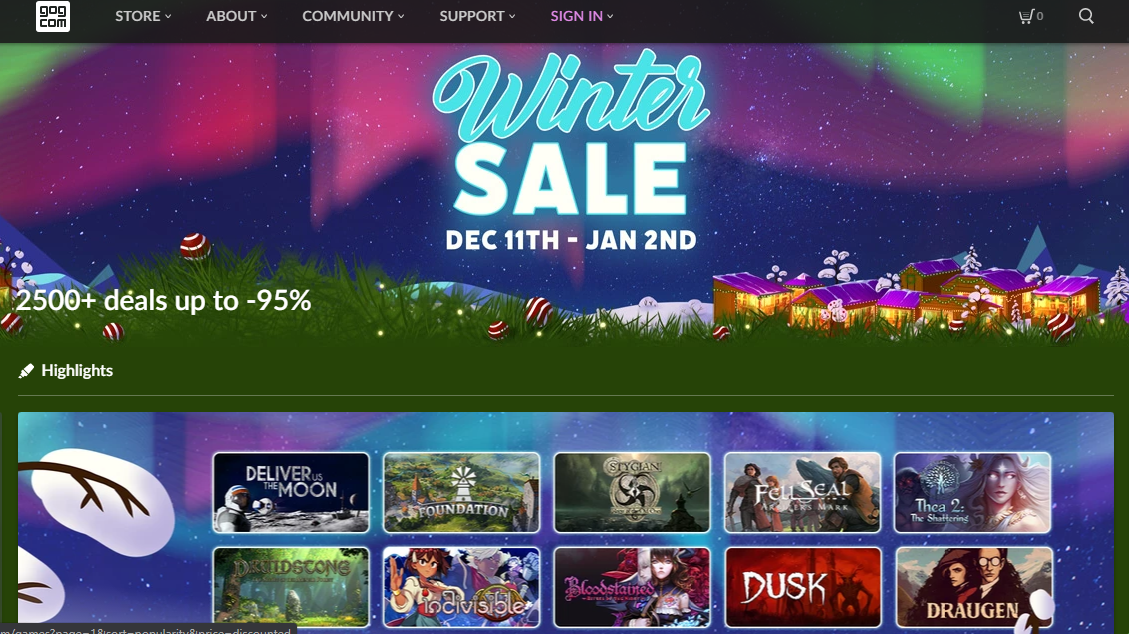 As for GOG’s sale, it’s is slightly more niche, with tons of classic PC games and older releases on sale for just a few bucks (or a few cents, in some cases), but there are still plenty of contemporary titles on sale there as well.

Finally, just in case the console gamers out there are feeling left out, we’ll take a moment to point out that the PlayStation Store, Xbox Marketplace, and Nintendo Switch eShop all have year-end sales running as well. You should also try hitting up nearby Redbox kiosks asap since the company is having a massive clearance sale on all of its video game stock, and there’s a chance you could snag a few games for super low prices.