How to Sell a Video Game You Made Yourself

Making a video game by yourself is tough, but publishing and distributing it can be an even bigger obstacle, especially if this is your first time selling a game. Luckily, I have some experience here, and can offer my insights and advice.

While I’m not exactly a super-successful indie dev, I have designed and self-published my own tabletop card game, created and distributed mods through the Steam workshop, and plan to self-publish my first indie PC game in the coming months. I also write about games for a living and personally know many other indie game makers, so I’ve spent a lot of time researching and talking about self-publishing video games.

There’s a lot that goes into successfully selling a game, including marketing, social media, and community building — but the biggest question needs to be answered before you worry about any of that: Where should you sell your games?

There are many places to sell your games online, but the best choice for small and independent developers is Itch.io.

Itch.io is an indie game marketplace that hosts thousands of video games, board games, tabletop RPGs, and even assets like art, music, sound effects and more that can be used in creating your own games. It’s also extremely user-friendly, and much easier to work with than most other publishers.

Here are some of Itch.io’s biggest benefits:

But perhaps the biggest difference between Itch.io and the competition is that the site doesn’t impose a strict revenue split. Instead, Itch.io works on “open revenue sharing,” where creators decide themselves how much revenue to share with Itch.io (if any at all). You also don’t have to meet a specific revenue threshold to collect your payouts. That means if you just want to sell a tiny $US1 ($1.41) game, you can keep every penny of every sale the moment someone pays you.

So, clearly Itch.io is a creator-focused platform, but you’re probably wondering “what’s the catch?” Well, frankly, there isn’t much of one. The only major restrictions worth noting:

It’s also worth mentioning that Itch.io’s reach and audience isn’t as large as, say, Steam’s. That said, Itch.io is a popular enough place to sell indie games, and customers can buy and download there without creating an account, so the barrier to entry is low.

One last semi-limitation is over adult content. While Itch.io lets you upload adult and sexual content (provided it isn’t illegal), Itch.io’s payment partners PayPal and Stripe do impose restrictions, and cannot be used to pay for certain content.

If itch.io’s limitations don’t work for you, there are several other places to sell your game. However, unlike Itch.io, most will impose stricter revenue splits, submission fees, and/or application processes. 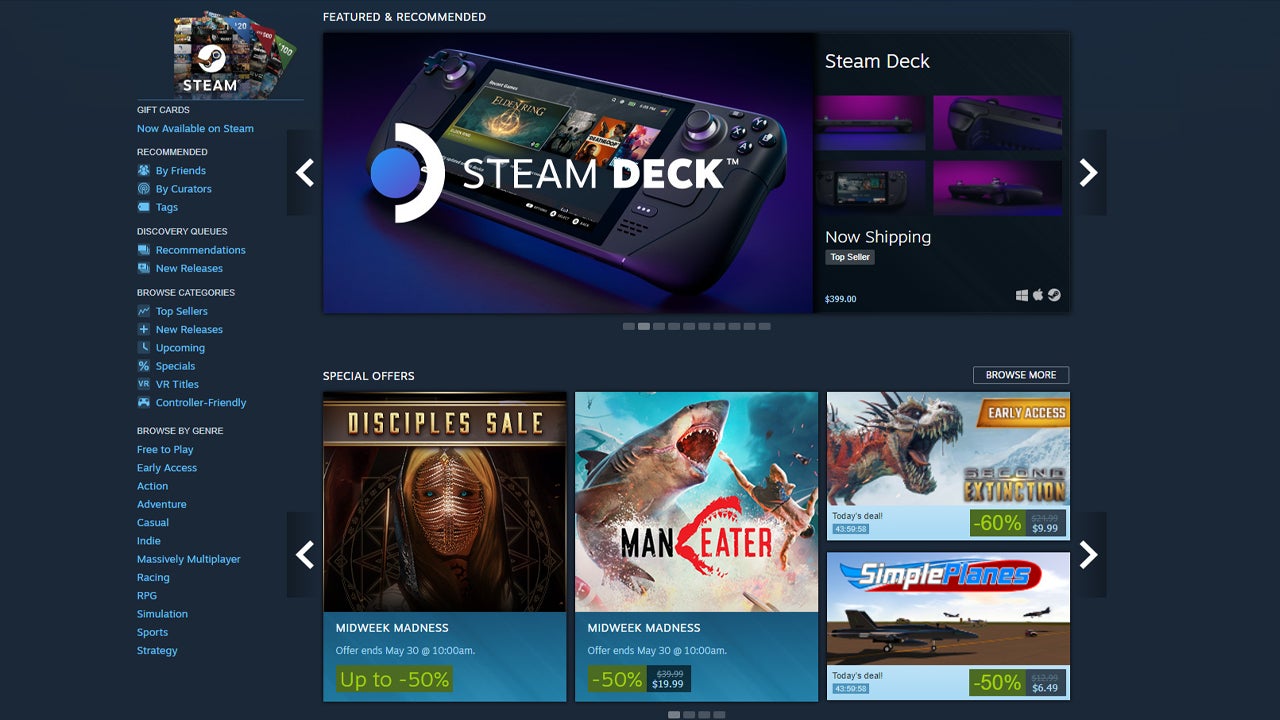 Steam is probably the easiest of the “major” platforms to submit and sell your games on (besides Itch.io).

While Steam does review every game published, its content (and quality) policies are not as strict as other platforms like GOG or Epic, and the review period is only 1-5 days. However, creators must pay a non-refundable $US100 ($139) fee for each game they submit, and must wait 30 days after the game is approved before selling it. On the plus side, that gives you time to drum up excitement about your game and get fans to add it to their wishlists.

Steam’s payout and revenue split policies are less friendly for super-small game makers. Steam takes 30% of all sales, and you can only receive payouts once your game has made $US1 ($1),000. That said, you’re free to sell your games elsewhere even after publishing to Steam. 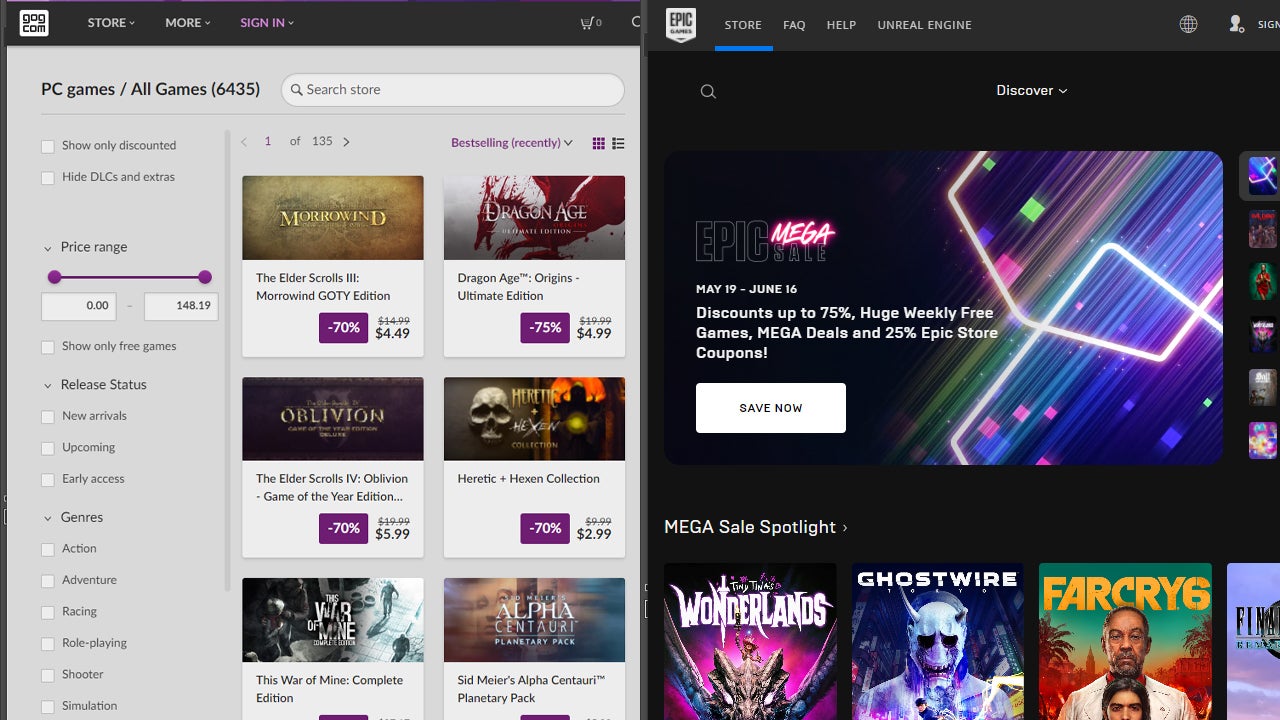 The other major third-party digital PC game distributors are GOG and the Epic Games Store.

Like Steam, these platforms require sellers to submit their games for approval, but their criteria for actually putting them up for sale are much stricter. On the one hand, that means both platforms offer better curation, and potentially better visibility, for games they publish; conversely, it also means you probably won’t get to sell your first game(s) on either platform.

That said, I still encourage you to review the publishing requirements for both platforms and apply. Epic Games Store and GOG have different revenue splits, payout options, DRM restrictions, and exclusivity policies some creators may actually prefer over Steam or even Itch.io, so it’s worth a shot to apply if you dig what they offer. Even if you get rejected, there are other places to sell your games.

What about consoles and mobile?

For many indie devs, nothing would be cooler than seeing their self-made video game on the Nintendo Switch, PlayStation 5, or Xbox Series X. For others, the ubiquity of smartphones and tablets make iOS and Android compelling options.

However, even if you specifically made your game for these platforms on an engine they support and with the right controls and interface requirements, there are still a few hoops to jump through. First, you must apply to join each company’s respective indie partnership programs and submit your games for approval, then work with their teams to upload and publish the games.

It’s a lot of work, and probably more hassle than solo game makers will want to deal with to sell their first projects — but again, if you’re eager to try, check out Nintendo, PlayStation, Xbox, Google, and/or Apple’s guidelines and apply.

Regardless of where you sell your game, the next step is getting people to buy, download, and play it. Here are some tips:

There’s tons more you can do to spread the word, but these steps will set you on the right path. Marketing your game will be a lot of work, but if you’re passionate about getting people to press play, the effort will be worth it.