Chalk helps your grip so much. Powerlifters know this, gymnasts know this, Olympic lifters know this. But if you lift at a commercial gym, you may have never gotten to know this wonderful substance; it’s pretty much never available, and often banned. Well, here’s how to bend the rules.

First, if you’ve never seen it, here’s how to use chalk. It comes in blocks or sometimes small chunks, and gyms typically store it in a bucket or bowl. You reach in and have your choice of rubbing a block on your skin or just dipping your hands into the powder that accumulates at the bottom of the container.

The problem with chalk is that it can be messy. If you’re using it properly, you shouldn’t be leaving trails on the floor or clapping clouds of it into the air. But chalk does have a tendency to get everywhere, and some gyms don’t like that. If you’re leaving white handprints everywhere, they’ll know it was you. So try one of these options instead:

Option 1: Sneak in a small piece 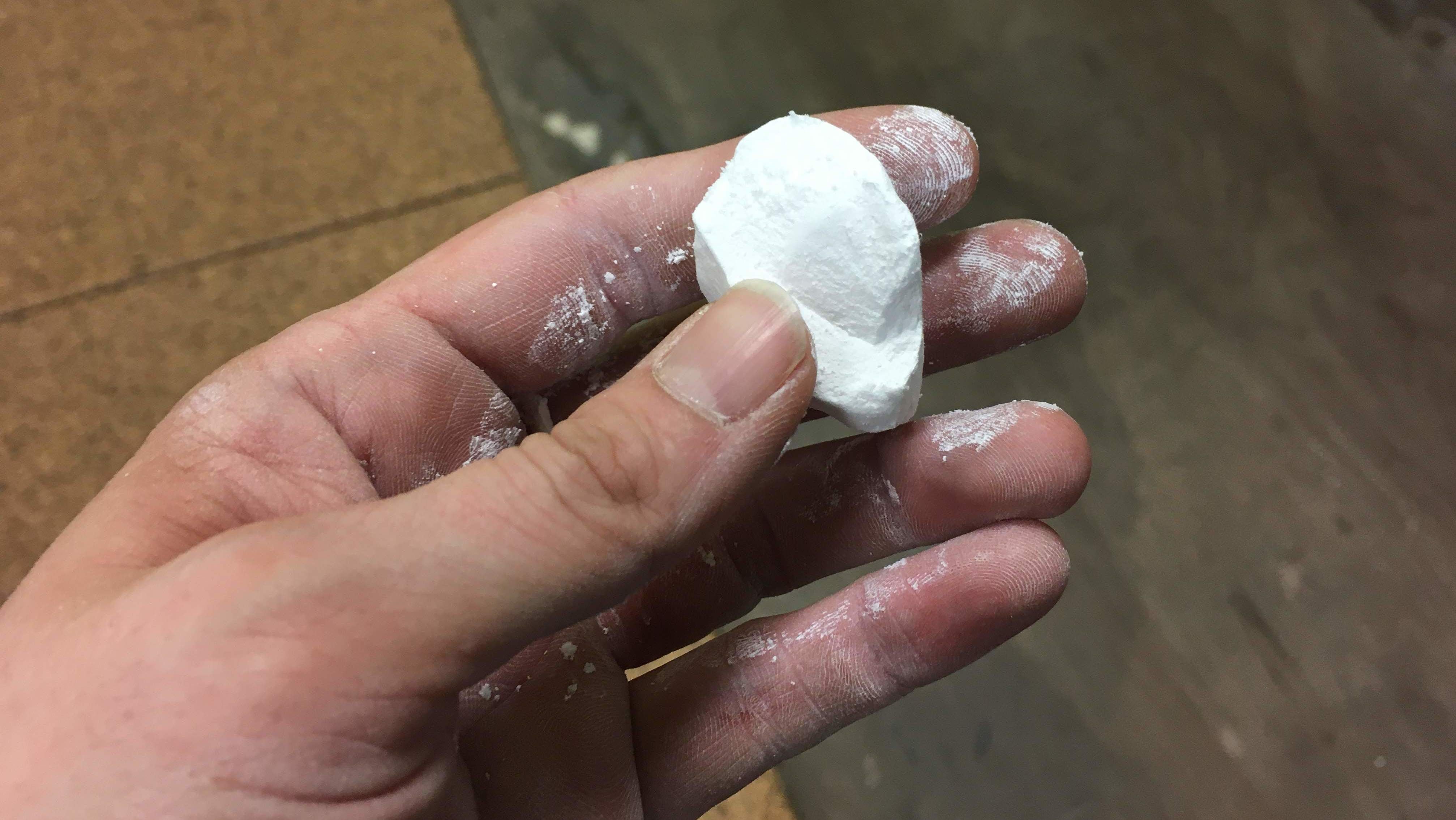 Unlike other powdery white substances, chalk isn’t actually illegal. You can buy it anywhere, including at sporting goods stores and online.

And because a little goes a long way, you can just bring a tiny piece with you. One guy I know at the gym always has a little piece of chalk in his pocket, just enough to give him some grip, and little enough that it’s barely noticeable on the bar after he leaves. Until he offered me some one day, I had no idea he even used it.

“Liquid chalk” tends to make less of a mess, as long as you don’t spill it. (Many gyms that disallow chalk will make an exception for the liquid stuff.) This, too, can be purchased at a sporting goods store or online.

To use it, squirt a few drops onto your hand. It looks like watered-down milk, and you’ll think “How is this supposed to help me?” But rub it all over your palms, and then wave your hands around until they dry, and within 30 seconds or so your hands will be coated in a chalky white layer. It can still leave handprints on your black sweatpants, but at least there’s no loose chalk dust floating around you. And for that, your gym owners will be thankful.