More people should eat pasta for breakfast. The combination of carbs, fat, and (sometimes) protein welcomes one into the world in a most comforting way, and often there is cheese. It also tends to reheat well, which means you can make a big batch and eat from it throughout the week. There is no downside. 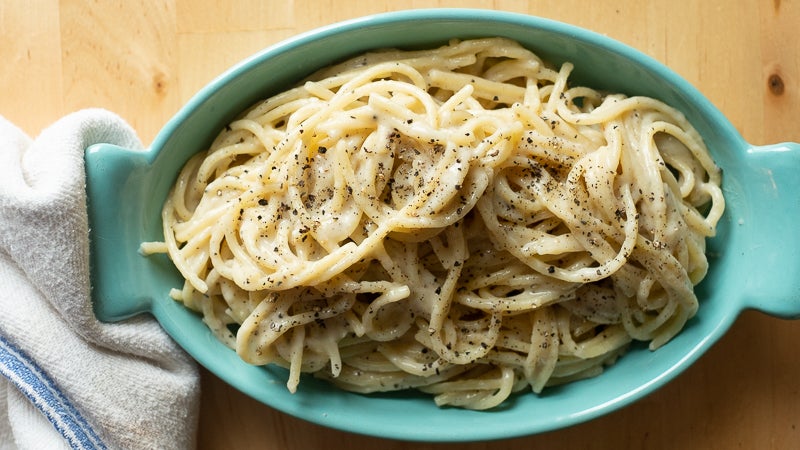 If I could only own one electric kitchen gadget, it would be an immersion blender. Mine sees near-constant use, making short work of everything from mayonnaise to lemon curd; it's never met a lump it couldn't smooth out. Still, I'd never have guessed that this trusty machine would solve my cacio e pepe woes for good.

Though I love scrambling last night’s spaghetti into eggs (try it some time), some pasta dishes seem like they were made for a morning meal. Carbonara is an obvious choice, as the eggs and cured pork are already incorporated into the recipe, but cheesy cacio e pepe would also be pleasant to wake up to. If you need your breakfast pasta to absolutely scream “breakfast” into your mouth, look no further than this breakfast lasagna, which is not at all Italian, but is delicious. 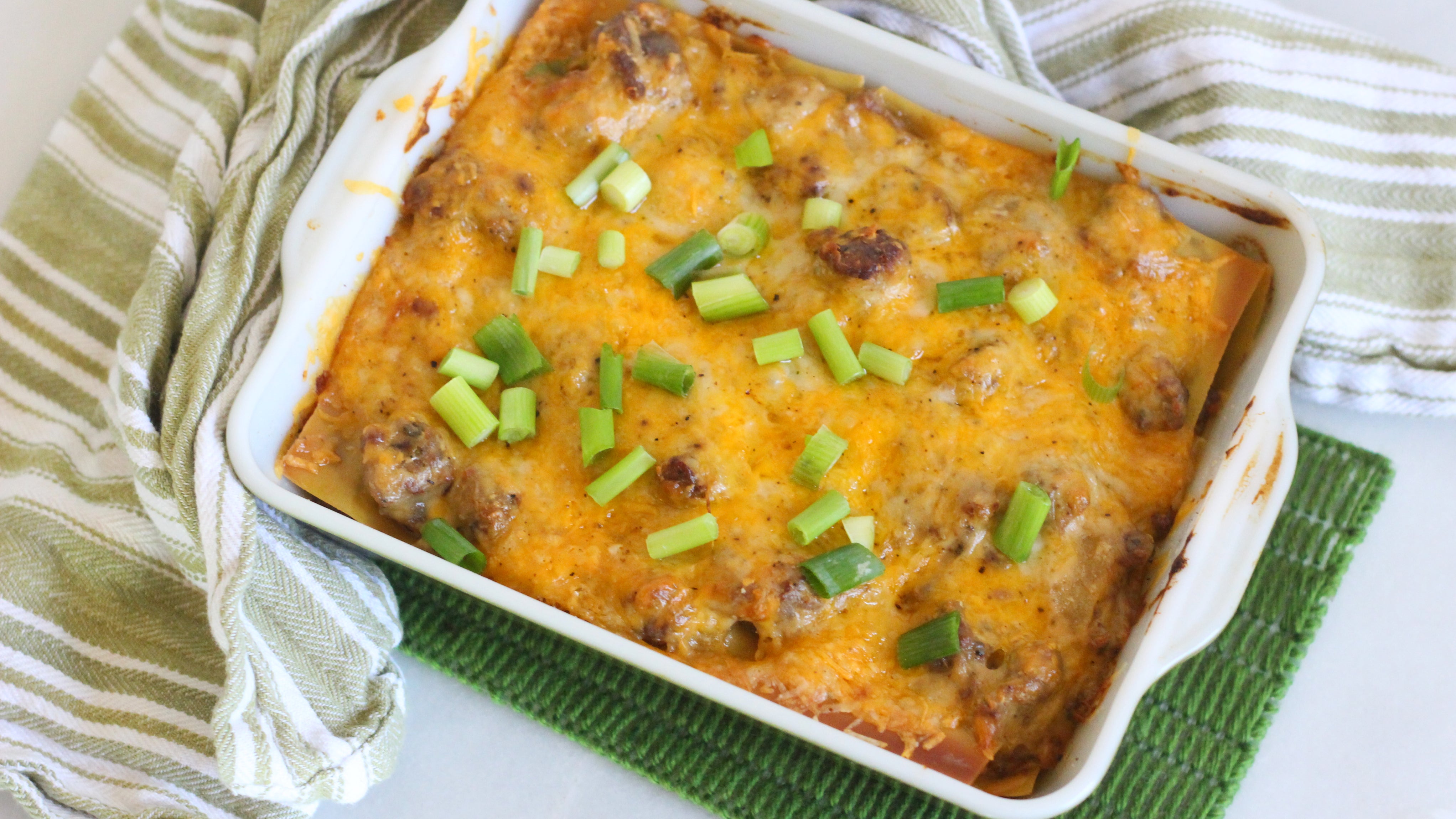 Instead of the usual tomato-based sauce, we use a simple sausage gravy, then layer it with no-boil noodles, lots of cheddar and gruyere, and some green onion.

(It’s basically a much faster version of this 10-hour recipe, which uses noodles you have to cook separately and spinach.)

If you’ve been dreaming of a breakfast casserole that doesn’t rely heavily on eggs, this is the hot dish for you. I made mine in an 8×6-inch Pyrex dish, which serves about six, but you could scale this up or down pretty easily. To make it, you will need:

Place the sausage in a cold stainless steel pan and spread it out into a fairly uniform layer. It should look like one big sausage patty. Turn the heat to medium, and leave it the heck alone until it is well browned on the bottom (about 7-10 minutes). While the sausage is cooking, mix the cheese together in a big bowl, and season with freshly-ground pepper.

Once the sausage is browned on the bottom, divide the patty into quarters, flip each quarter, and let the other side brown (about 3-5 minutes). Break the sausage up into bite-sized bits, cook for a minute more, then sprinkle the flour over the meat, stirring to ensure it is evenly coated.

Let cook for another minute, then pour in the milk, a cup at a time, stirring until you have a nice, thick gravy. Season with hot sauce if you desire (or salt and pepper if your sausage wasn’t super seasoned), and remove from the heat. Preheat your oven to 175C.

Grease your pan with butter, and spoon a couple of tablespoons of the gravy (avoiding big chunks of sausage) to create a base for the first layer of noodles. Add two lasagna noodles, overlapping them slightly, then spoon on a third of the sausage gravy. Top that with a generous handful of cheese and a third of your chopped scallions, and repeat for two more layers, ending with cheese and reserving the last third of scallions.