Another day, another Windows 10 bug stifling your life. Users have spotted a bug causing Cortana to take up a good chunk of your CPU and it’s chewing up battery life and choking performance. Here’s what you can do to fix it.

Microsoft has been drip-feeding new updates into Windows 10 for years but one feature, the Snip & Sketch tool, has been neglected for far too long. Until now, that is.

Windows has released a new update, KB4512941 (OS Build 18362.329), in order to fix some errors with starting Windows Sandbox as well as a variety of other bugs.

What the update also does is increase Cortana’s CPU usage to around 40 per cent, as reported by Windows Latest.

Some Reddit users have alleged Cortana’s suddenly taking up to 90 per cent of their device’s CPU while others reported more modest, but still critical, numbers of around 40 per cent.

KB4512941’s landing page states it’s “not currently aware of any issues with this update” so an official fix doesn’t seem immediately likely.

Other users, thankfully, have offered a workaround to stop Cortana from chewing up your PC power.

The first option is pretty simple; just uninstall it. To do so, open up Settings (WIN + I), select Update & Security, hit View update history, hit Uninstall updates and select KB4512941 to rid of it. 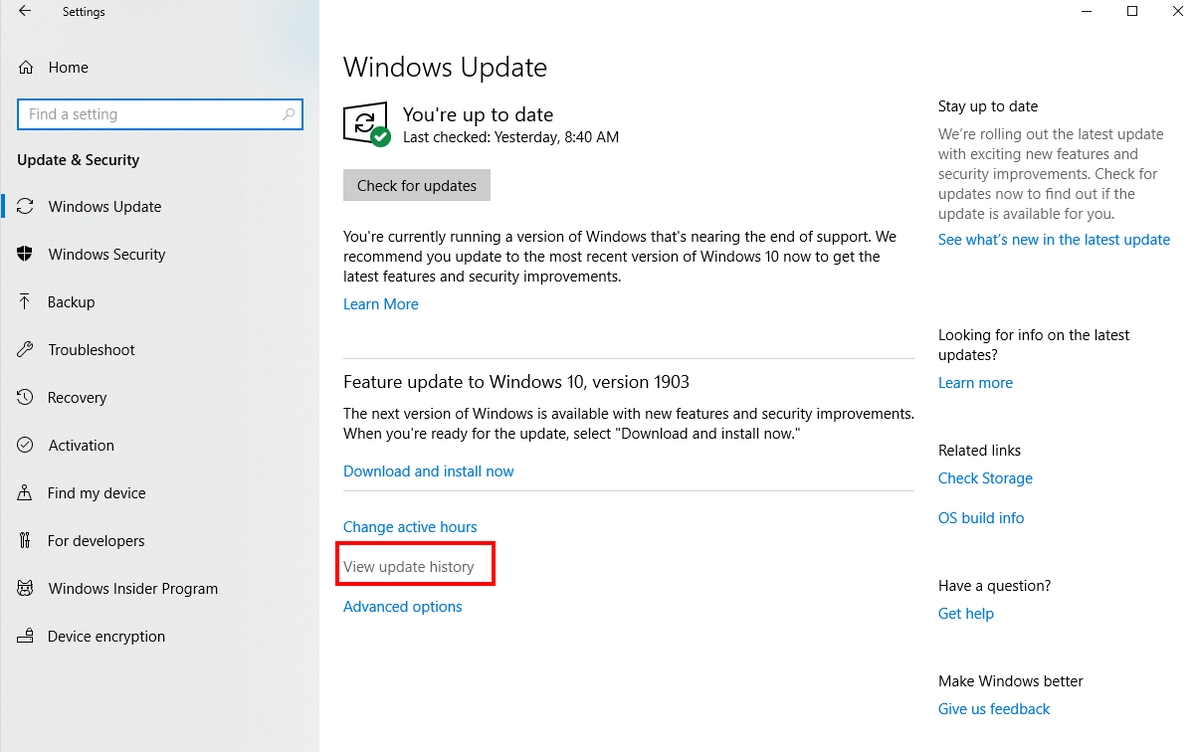 If, however, you want the other bug fixes included in the update, you can attempt something riskier involving editing the Windows Registry.

You’ll need to find the registry name first at [Computer] \HKEY_CURRENT_USER\Software\Microsoft\Windows\CurrentVersion\Search, then find BingSearchEnabled. The value is set to 0 and some have reported changing it to ‘1’, or removing the registry key altogether and then restarting, solves the problem. It’s best to backup first before taking this step, if you opt for it.

With Microsoft yet to acknowledge the update’s bug, you’ve only really got these options to work with for now.

Even Zune-clutching Windows loyalists have to admit that Mac owners have it pretty great—at least, they do now. Apple hasn’t charged for macOS, nor macOS updates, for years. Of course, you need to buy your computer from Apple to use macOS (pretty much), but at least the operating system is free. Windows ... not so much. While your new desktop or laptop computer is almost guaranteed to come with a copy of Windows 10, the price for the OS is probably factored into whatever you paid for your system. Build your own PC, and you’ll have to pay for a copy of Windows 10 yourself.