How To Encourage Your Kid’s Empathy 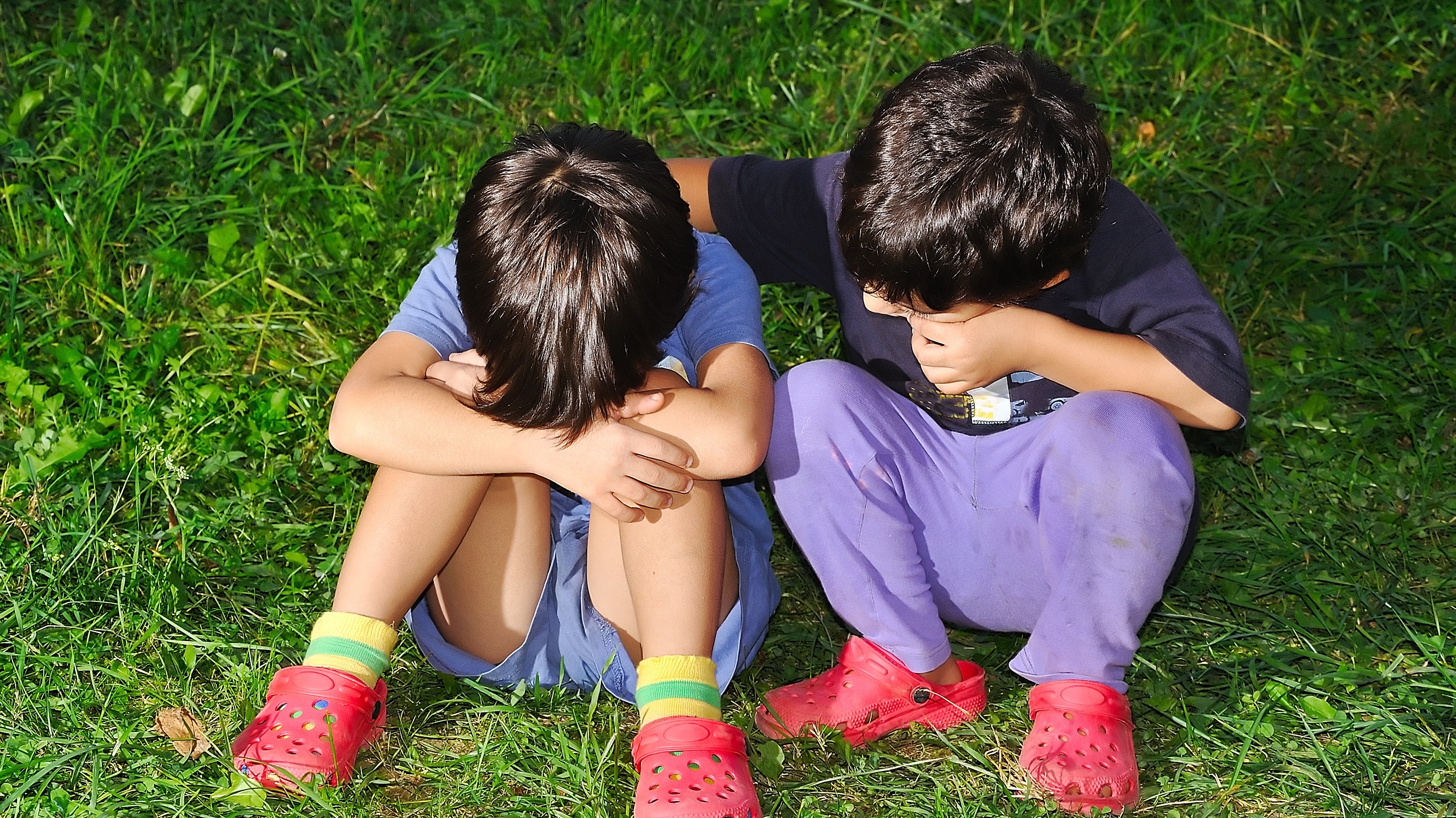 When it comes to raising empathetic children, the advice to parents typically has to do with talking to them about the feelings of others, encouraging them to imagine how another person feels, and praising them when they display empathetic behaviour.


But there’s one simple tool that gets left out of the conversation. I used it with my own kids, and, though I have yet to see this advice in any article about developing empathy, it lines up with current research and what we know about how humans interact with one another.

I ask my children to look each other in the face.

That’s it. It’s that simple. To be clear, this technique doesn’t replace the other tactics mentioned above for developing empathy, but I’ve found it to be an incredibly useful tool to keep stashed in my parenting toolbox.

Here’s how I’ve used it:

My son is four years older than my daughter. When they were little and still figuring out the dynamics of their relationship, they naturally got into the occasional skirmish. My son tends to be the more hot-tempered of the two, and there were several times that he either threw something at his little sister or shoved her hard enough that she was hurt. Afterward, still angry, he would retreat into himself, arms crossed, eyes on the floor.

The first time it happened, I disciplined my son in the usual way, by taking him by the hand and explaining to him that what he had done was not ok: we don’t hurt people, we must be kind and use our words when we get angry. I may have asked him to sit quietly by himself for a few minutes and think about how he could handle the situation differently in the future.

But then one day, in the midst of a skirmish where he’d lashed out at his sister, I took in the look on my daughter’s face. She was crying, less physically hurt than brokenhearted at the idea that her brother would hurt her. I felt her heartbreak in my own heart.

Instinctively, I got down on my son’s level and looked him in the eyes. “Look at your sister’s face. Really look at her.” I had confidence in my son’s love for his sister. I knew it would hurt him to see her crying and to know he had caused it.

Why this technique works

My son stared at his little sister, her face blotched red and wet with tears, her eyebrows drawn up in dismay, her little shoulders trembling as she cried. He couldn’t help but absorb the damage he had done.

His anger immediately dissipated, and in a few moments he was hugging her and apologising. It only took a couple more times doing this before it sunk in with my son that he really did not want to hurt his sister. It hurt him too much.

This tactic isn’t only useful for curbing hurtful acts — it’s also great for encouraging kindness. My daughter will compliment my son’s guitar playing and he’ll do his little grateful smile, and I’ll point it out to my daughter. Her little chest puffs with pride and happiness to know she gave her big brother a boost.

My son will compliment his sister’s singing or a drawing she has done, and a proud smile will break out on her face. I’ll tell my son, “Look at her face! Look how good you just made her feel!” — and suddenly he is grinning too, as if grinning is contagious. Because it kind of is.

So, keep using all the standard tools for developing empathy in your kids. Talk to them about kindness and why it’s good to try to relate to others. But also remember that sometimes, the quickest way to deeply feel what another person is feeling is simply to look them in the face.