Walking In Someone Else's Shoes Actually Makes You Less Empathetic 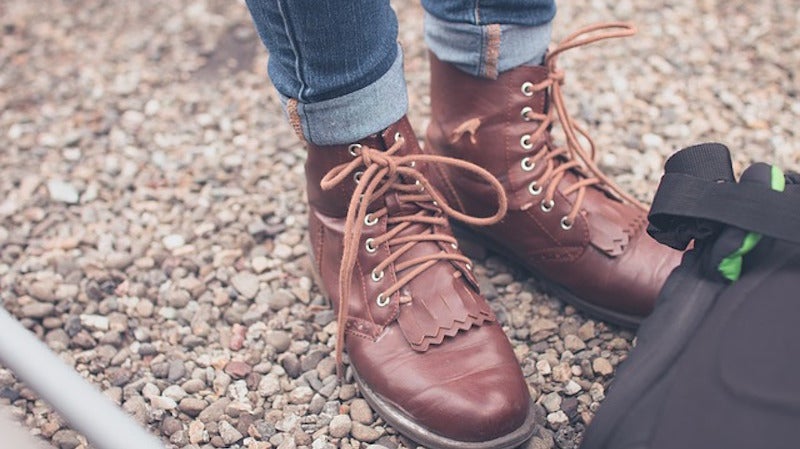 You're supposed to walk a mile in someone's shoes before judging them. But as it turns out, that doesn't really help. In fact, we're less empathetic to people who have endured the same troubles we have.

In a study published in the Journal of Personality and Social Psychology, researchers conducted a series of experiments that measured how compassionate people were toward other people who endured the similar struggles but made poor decisions. For example, in one experiment, subjects were told a story about a bullied teen. In one scenario, the teen coped successfully. In another, the teen responded violently. In the latter scenario, researchers found that participants who'd been bullied themselves were least compassionate about the kid who didn't cope successfully. In short, researchers came to the same basic conclusion with all of the experiments:

We found that people who endured challenges in the past (like divorce or being skipped over for a promotion) were less likely to show compassion for someone facing the same struggle, compared with people with no experience in that particular situation...Taken together, these results suggest that people who have endured a difficult experience are particularly likely to penalise those who struggle to cope with a similar ordeal.

They say this happens for two reasons. First, there's something called an "empathy gap." It basically means we tend to forget just how hard something was. We remember our breakup being painful, but we still underestimate how excruciating it felt at the time. So it's easy to say, "I've been there and it wasn't that bad. I got through it; they should be able to, too."

Second, successfully conquering an experience kind of downplays how hard the experience can be. Because we can't really remember it with the same intensity, we feel confident that it was at least easy enough to overcome. This, combined with the empathy gap, makes us less empathetic.

Writing at Harvard Business Review, researchers explain the takeaway in all of this:

This means that many people may be instinctively seeking compassion from the very people who are least likely to provide it.This clearly has implications for peer-to-peer office communication (choose the person you vent to carefully). And mentorship programs, which often pair people from similar backgrounds or experiences, may need to be reexamined. But there are also important lessons for leaders. When approached by employees in distress, leaders may believe that their own emotional reaction to the issue should guide their response.

To read more about the study, head to the links below.

Having "been there" doesn't mean I care [Psycnet via HBR]