It’s back—sort-of. Facebook has officially resurrected its “View As” feature, a way to see what your profile looks like for people-who-aren’t-you. It’s a great privacy tool with some new, annoying limitations.

In its original incarnation, Facebook’s “View As” option was a great way to double-check if your privacy settings were working the way you intended them to, especially if you were trying to keep specific people (like your parents) from seeing various aspects of your life you’d rather they not. You could see what your profile looked like from the perspective of any one of your friends, and you could also see what information you were publicly sharing to any random internet user that stumbled across your profile.

Sounds great, right? It was, until Facebook reported that a vulnerability in “View As” that could have allowed an attacked to take over your account or log into a number of other websites as you (via Facebook’s single sign-on feature). This privacy mess affected at least 50 million users, and Facebook responded by immediately disabling the feature.

Facebook has now brought “View As” back to life—hopefully a bit more secure than before. However, you can only access it on Facebook’s Android or iOS app as of when we wrote this article, and it’s not quite as powerful as it used to be. You can’t see what specific friends can see on your profile, but you can at least make sure that you’re not sharing information publicly you didn’t mean to.

You’ll find “View As” on your profile page. Navigate over to there by tapping on the hamburger icon in the lower-right corner and tapping “View your profile” at the top. (Or, for a shortcut, just tap on your profile picture to the left of the “What’s on your mind” status box on the primary Facebook screen.)

From there, tap on the triple-dot icon that’s to the right of the gear icon and big blue “Add Story” icon. You’ll see a little menu pop up that has “View As” at the tippy-top. Tap on it, and you’ll see all the information your Facebook profile page is sharing with the world. 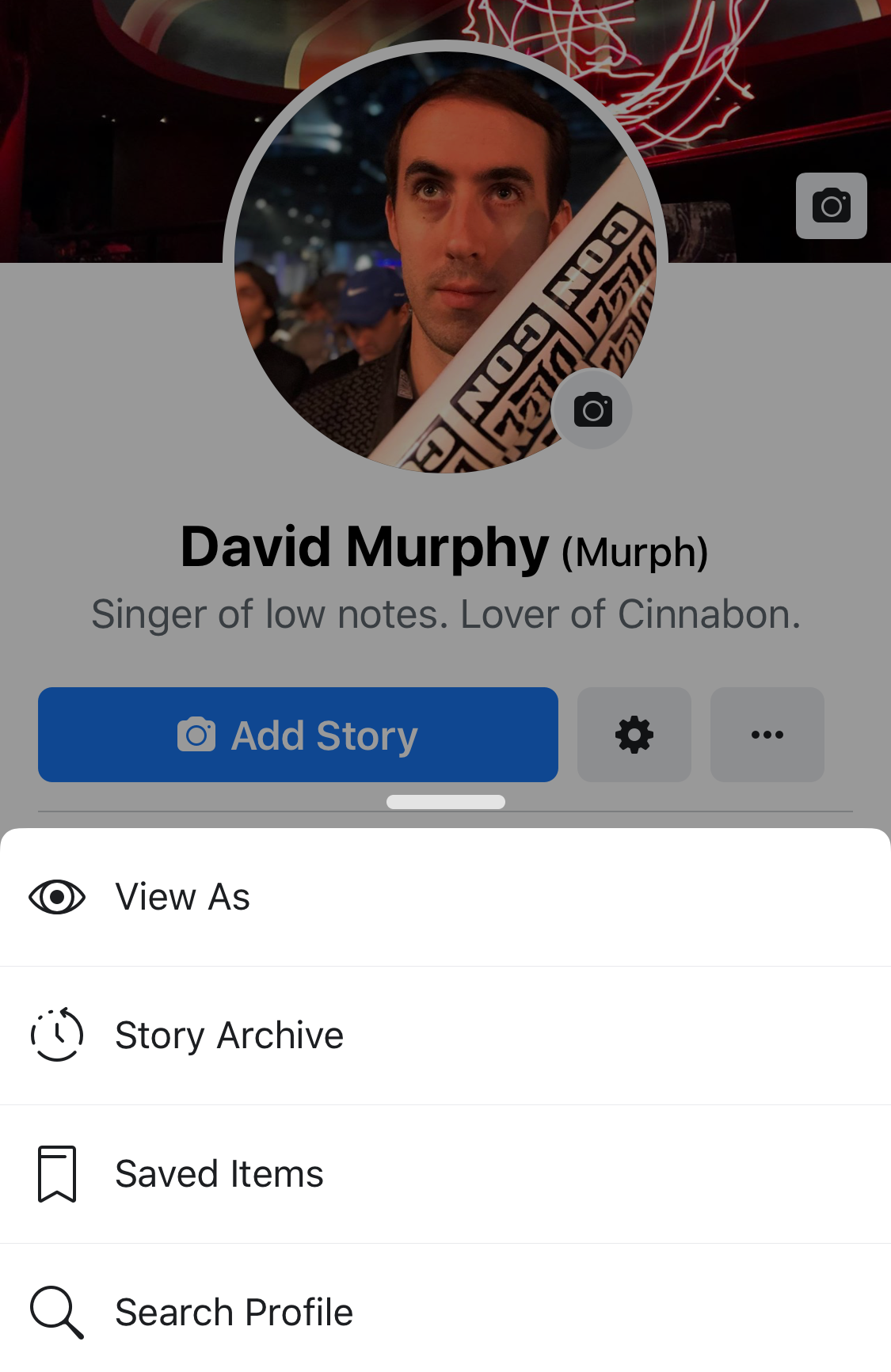 The iOS version of the “View As” feature doesn’t give you an easy way to jump into editing your profile—if you want to start limiting what anyone can see—but you get a big, fat “Edit Profile” button on Android when you’re using the “View As” option.

I think it’s even faster to use your desktop or laptop to edit your Facebook settings while you’re holding your phone to check what people can see, but that’s just me. However, there’s no word on whether “View As” will reappear on the website version of your Facebook profile. I reached out to Facebook for clarification about this feature, but they never responded. Perhaps our friendship is strained.