How To Stay Safe As A Female Solo Traveller

hostelhotelsinternational travelsolo traveltourismtravel safetyviolence
To sign up for our daily newsletter covering the latest news, hacks and reviews, head HERE. For a running feed of all our stories, follow us on Twitter HERE. Or you can bookmark the Lifehacker Australia homepage to visit whenever you need a fix.

Travelling on your own is an incredibly rewarding experience, but it has its dangers. The number of women travelling alone has been on the rise in recent years, and the tactics for staying safe while on the road have gotten increasingly sophisticated — and important.

In a recent article, the New York Times interviewed female travellers, some of whom have survived assaults or violence while abroad. The piece touches on how the rise of women taking solo trips is being connected to the rise of violence against women.

Phumzile Mlambo-Ngcuka, executive director of non-profit UN Women, told the Times that most countries don’t accurately track data regarding threats to women travellers — they don’t want to discourage tourism, for one thing. But it’s also not necessarily about a specific country having a problem:

“The root cause of this kind of violence against women in communities and in public and private spaces has a lot of do with the underlying gender stereotypes, social norms, entitlement and patriarchy,” Ms. Mlambo-Ngcuka said.

This may all sound very grim; yet, most of the women interviewed say that the potential for violence, or actual dangerous encounters, isn’t enough to stop them from exploring. In emails with Lifehacker, Dianelle Rivers-Mitchell, the founder and creator of Black Girls Travel Too, and Tracey Nesbitt, editor of Solo Traveller and moderator of the Facebook page Solo Traveller Society, both shared their safety tips that help them keep exploring.

It’s fun to be spontaneous, but planning ahead of time can protect you, especially because it gives you a chance to really research what areas are safer to visit or stay in. Early research can clue you in to how women are culturally expected to behave in public — these may not be norms you are comfortable with, but knowing them is important, as Nesbitt writes:

It’s important to have at least a bit of knowledge of the culture and the expectations for women travelling there. You may not agree with them, but your primary responsibility when you travel solo is your own safety.

How To Prepare For Unexpected Disasters Before A Trip Abroad

Travelling is a wild adventure, and part of what makes it an adventure is the possibility of complete disaster. Here are some tips for how to prepare for the worst so you can relax and enjoy the best of what your trip has to offer, while minimising your risk for the worst.

Jessica Nabongo is a traveller who is working towards being “the first black woman to visit every country in the world,” who was also interviewed by the NYT.

She’s already gone to 54 countries solo. One tip Nabongo shared was about approaching cultural sensitivities from a baseline by dressing “conservatively until she can assess whether what she wears matters in the place she is visiting.”

Nabongo doesn’t like that “we tell women what not to do to avoid being attacked instead of telling men not to attack women”, but having a reasonable understanding of what you’re facing is important for safety. Rivers-Mitchell seems to make blending in a part of her experience, and it becomes a fun part of her travels:

It is always my intent when travelling to appear like local. I purposely learn fun facts about the country and even go as far as to dress Non-American as much as possible, which is extremely hard for me at times. I study locals from the way they walk to the way they speak. I basically blend in. I never want to bring attention to myself as this may warrant an opportunity to be hustled out of money and/or become a target of a crime.

Interestingly, both Nesbitt and Rivers-Mitchell recommended hostels versus hotels for safety; as Nesbitt explains, many of them have been around for a long time:

Spending more money doesn’t necessarily guarantee safety. For instance, hostels are one of the most inexpensive travel accommodation options available, and what makes them safe places to stay are the structures and rules that are in place that have been developed over many, many years of hosting travellers.

Rivers-Mitchell explained that not only does she find most hostels’ protocols safer, they’re often where she makes connections and has unique experiences:

Now I understand that hostels may not be everyones preference but I personally find many of them safer than hotels, and they provide an unparalleled experience that most hotels can only dream of offering.

For an example, Wombats Hostel London, has a 24/7 security guard present. In addition to the presence of a security guard, you can not access the elevator and floor of the rooms without a key card. The key card only works for the floor and section in which your room is located. If your room is on the second floor, then your key card will not allow you access to any other floors. Once you have entered your floor, of course with key card access, that same key card provides you entry into your room. The same key card is also designated to a numbered locker within the room. Not to mention, there are security cameras on each floor. Secondly, hostels position you amongst other solo travellers that are very much like yourself. With the local feel events and tours they offer, you are sure to make at least one friend to explore the destination with.

If you’re using Airbnb or a hotel, be sure to read reviews; Nabongo told the NYT that she only stays in Airbnbs run by “superhosts,” meaning they have an excellent reputation derived over a long period of time. But Airbnb isn’t her first choice.

She actually prefers hotels with 24-hour security. It should be noted that different countries approach the notion of “security” and vetting guards by a different standards. Reading hotel reviews is still important. 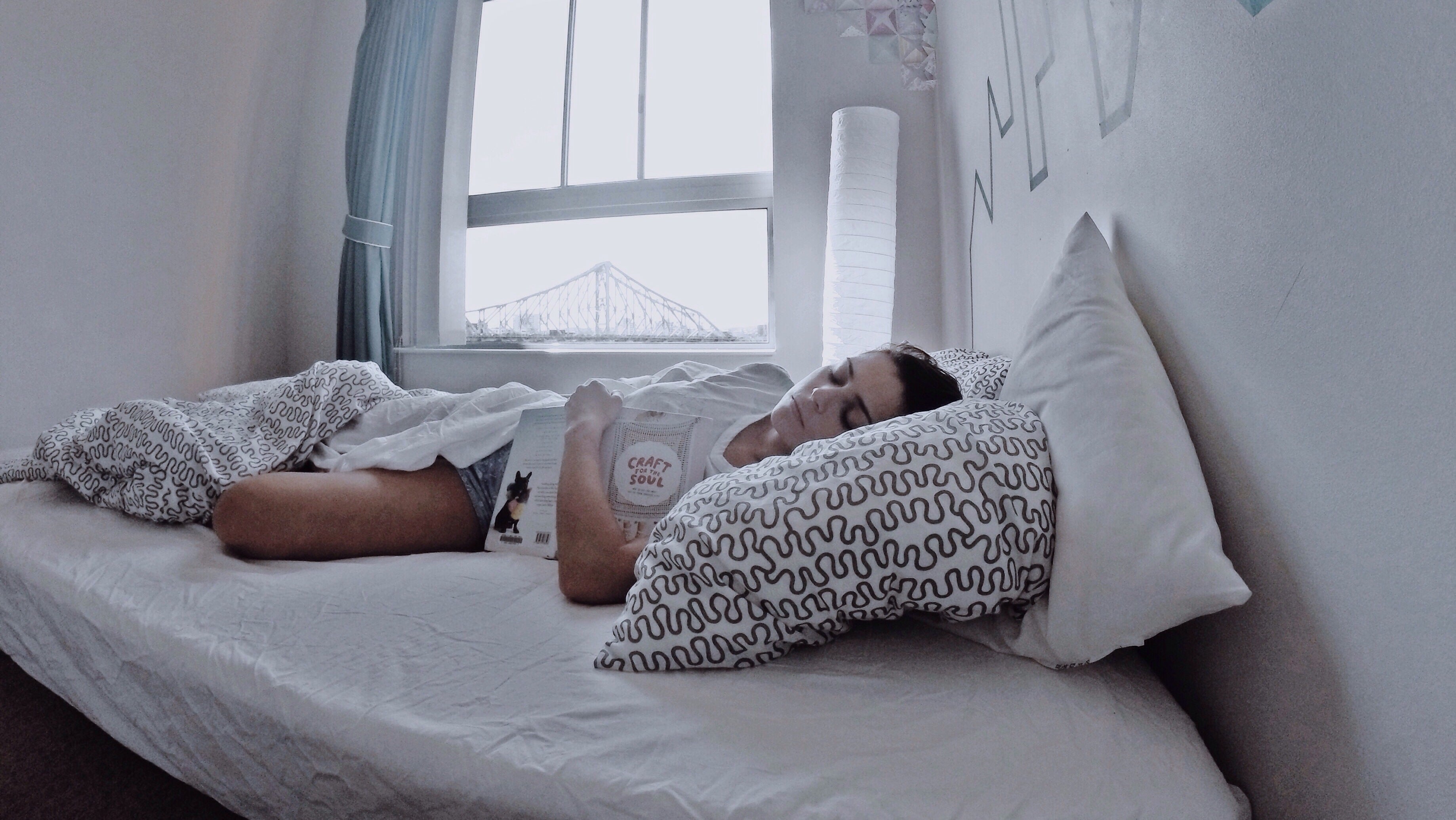 How To Find Hidden Cameras In Your Airbnb

There’s a lot to think about when you’re staying in a stranger’s house. Will they kill me? Is it OK to eat lunch in my bedroom so I don’t have to talk to them? And are there hidden cameras waiting to catch me naked?

Some of the most committed travellers have elaborate systems for letting people know where they are; for example, activist Cassie DePecol told the NYT that she wears a GPS tracker. She also lets someone now where she is at all times — having a remote travel buddy who expects you to check in periodically means someone is paying attention if you go missing.

You might consider setting up contingency plans with them and instructions on what to do should you fail to check in.

How To Give Friends Emergency Access To Your Online Accounts

As the year winds down, now is a great time to get your digital life in order. From organising your online photos to refreshing your accounts with new, secure passwords or finally cleaning up your browser bookmarks; there’s a lot for you to tackle before 2019 hits.

There are other smaller ways to make sure you’re being tracked, like checking in and out of your Airbnb, or using an Uber or other car service that tracks your location, which Rivers-Mitchell is always sure to use:

I maintain contact with my family and friends via Whatsapp and I always share my location when Ubering. I’ve even gone as far as taking pictures of my Uber driver, even though there’s one on his or her profile. I also go Live during many Uber rides. It breaks the awkward silence and it makes me feel that much safer to know I have the world with me per se. Oh, and let me not forget to mention, Find My Iphone is always on so my family can stay abreast of my location from anywhere in the world.

And there are a number of other apps that allow for women to communicate about their experience and safety:

Decide what your back up safety plan is and implement it before you leave.

The other tip from DePecol was that she is trained in Krav Maga; becoming physically capable of fending off an attacker isn’t something everyone can do, and it’s definitely a last resort. But knowing a few basic moves that will help you defend yourself is never a bad idea in any situation. Many self-defence classes are specifically designed to teach women how to break holds and have confidence in an altercation. You don’t have to be a black belt to effectively fight back if absolutely necessary. 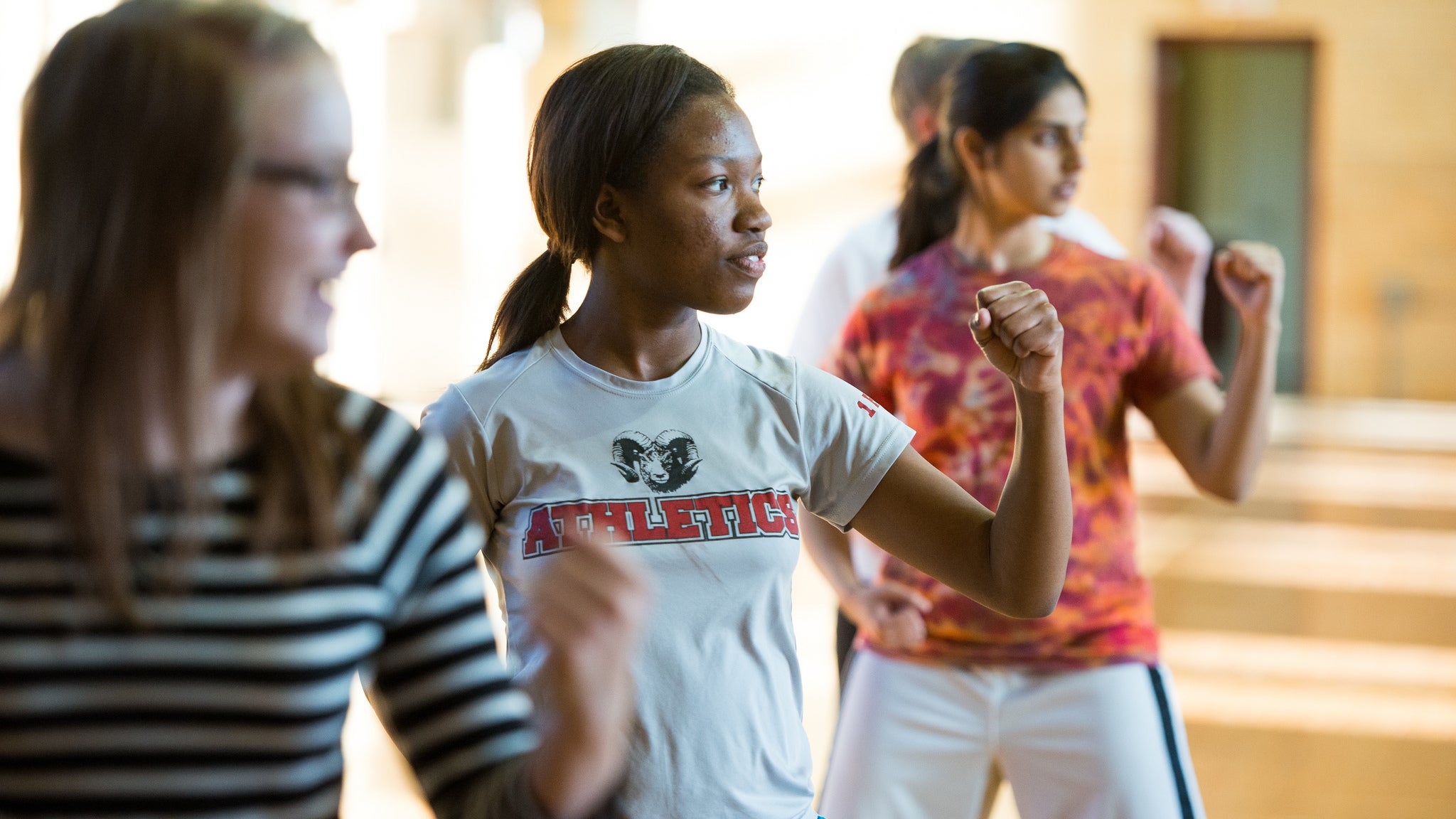 Don't Put Your Keys Between Your Fingers For Self Defence

roanokecollege/Flickr</p> <p>Even if they haven't gone so far as to get formal self-defence training, many people (particularly women) have considered what strategies they'd deploy if they were attacked by a stranger. A popular thought is that one would use an object on your person as a weapon of defence - like keys, for instance.

Be conscious of your connections

Both Nesbitt and Rivers-Mitchell have their list of how to engage with strangers. Nesbitt urges women to remember they don’t have to be polite, and they can pick and choose who they want to talk to:

Public is safer than private. Stay in public places, don’t leave them with a person you have just met.

Be proactive rather than reactive. Choose who to talk to, don’t let yourself be chosen. Listen to your instincts.

Engage other people in your safety. If you are feeling uncomfortable, stop and ask for directions. A local can tell you if you are heading into an unsafe area.

Never be rushed into a decision. Con artists are successful when they can get you to make a quick decision without considering the consequences. Take your time.

Be rude, if necessary. Regardless of whether feelings get hurt or people are disturbed, if someone is not taking “no” for an answer, rudeness is completely acceptable to ensure your safety.

Rivers-Mitchell also focuses on the way you decide to make connections; for example, she starts by connecting with people who work where she is staying to get “insider tips on how to navigate like a local.”

If you’re out at a bar and restaurant and the crowd is thinning, she says it’s time to leave; she also doesn’t give out too much information about herself to curious strangers. No one needs to know that you’re alone or where you’re staying. That doesn’t mean she avoids making friends—she just has a system in place:

Rivers-Mitchell says it’s a good idea to return to places you’ve been and feel comfortable or have a rapport with the staff. Travelling is an adventure, but there are times when relaxing in a familiar environment is necessary to regroup and make better connections.