Apple is taking a slightly stronger stance against apps that try to sucker you in with complicated subscription pricing. However, this doesn’t mean you’re safe from crappy apps that want all of your cash. Our advice? Pretend nothing has changed.

According to numerous reports, Apple recently tweaked its Human Interface Guidelines (HIG) and App Store guidance for app subscriptions. In both documents, developers are now asked to describe subscription prices within their apps in a consistent and clear fashion. (And I say “asked,” and not “required,” as it’s unclear whether violating this guideline will cause an app to get rejected by Apple’s App Review team.)

In the purchase flow, the amount that will be billed must be the most prominent pricing element in the layout. For example, an annual subscription should clearly display the total amount that will be billed upon purchase. While you may also present a breakdown price that the annual amount is equivalent to or a savings when compared to weekly or monthly subscriptions, these additional elements should be displayed in a subordinate position and size to the annual price. This ensures that users are not misled.

You can see this policy change on the mockup of Apple’s dummy “Forest Explorer” app, which makes it easy to see the total price you’d pay if you were to sign up for a subscription. 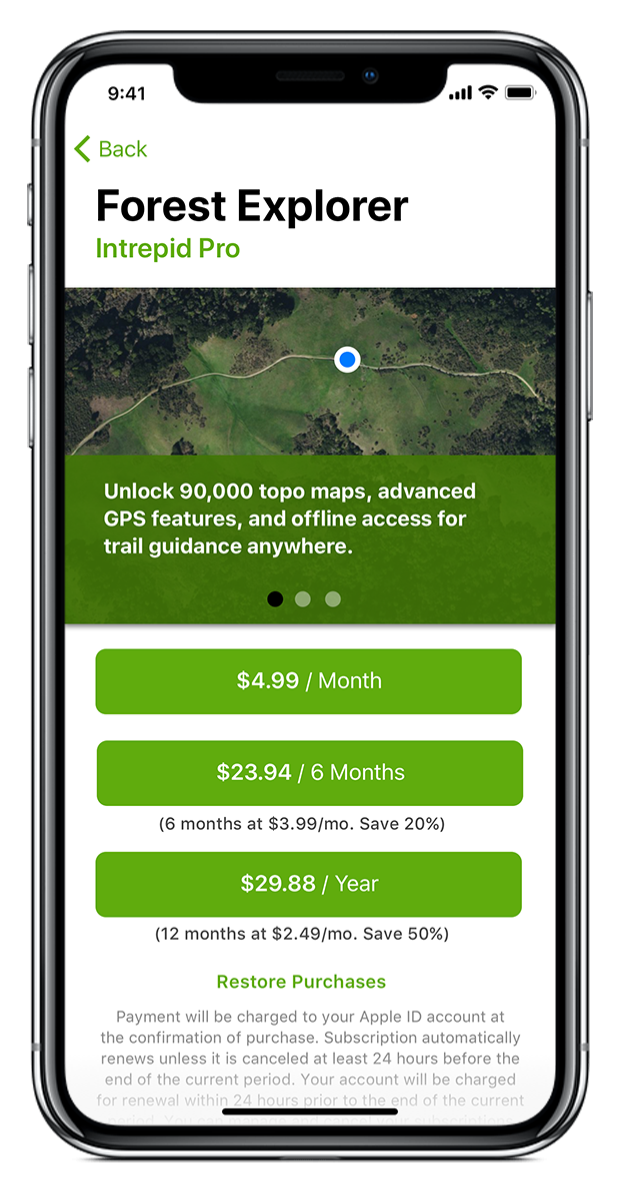 That’s it, right? You’ll never be suckered in by a subscription again? Not quite. First, it’s unclear how long of a grace period apps have to implement this change. Take Tinder, as called out in 9to5Mac’s example. Here’s what the app’s subscription “ask” looks like as of when this article was published:

What makes the Tinder example confusing is that it implies that a user is paying a set amount per month for Tinder’s subscription, which isn’t entirely accurate. Technically, a user signing up for a six-month Tinder Plus subscription pays an upfront cost of $US75 ($103) for the plan, and is billed every six months thereafter.

While you can surely figure out the total cost if you do the maths, Apple’s point is that customers shouldn’t have to. You should clearly be able to see the total cost, as well as the breakdown of the cost by days, months, or weeks (if a developer wants to provide that information) when an app prompts you to purchase a subscription.

Still, as we’ve previously covered, the onus is on you to understand the terms and conditions of what you’re signing up for (ideally, before you’re surprised on your next credit card bill). If you feel like an app has scammed you into a subscription, either because its description was unclear or because of some bogus “press your finger on your Touch ID sensor for a moment and oops thanks for confirming that expensive subscription,” don’t hesitate to contact Apple to report the app and and see what, if anything, they can do.

Apple says it doesn’t refund “recurring charges,” but you might be able to put up a good case if an app has tricked you into purchasing something you didn’t want. And with these new guidelines in place, you might be able to get more leverage for your case if you let Apple know that an app isn’t talking about subscriptions the way Apple thinks it should.

And, as always, make a recurring appointment in your calendar to take a quick glance at the subscriptions you’ve previously purchased. You can do this directly through iTunes on your desktop or laptop, or you can tap on Settings > [your name] > iTunes & App Store on your iPhone or iPad. From there, tap on your Apple ID at the top of the screen, tap on View Apple ID, scroll down a bit, and tap on Subscriptions.

So keep examining subscription prices as if you were Benedict Cumberbatch solving a Sherlock caper, and regularly check what you’re subscribed to in case you’re paying for something you don’t want.