Everything Coming To Australian Netflix This Week (Feb 25)

Read on for everything coming to the service for the week of February 25 to March 3.

After three years in a coma, Vanessa awakens to a world ravaged by vampires. Now, she and a motley band of fellow survivors fight to stay alive.

The life of typical teen Clary Fray is upended when she learns that she’s part of a race of demon-hunting humans who have the blood of angels.

After the sudden death of his wife, search and rescue commander John West relocates with his three kids to his rural hometown of Turtle Island Bay.

Romance is a Bonus Book (2 March)

A gifted writer who’s the youngest editor-in-chief ever at his publishing company gets enmeshed in the life of a former copywriter desperate for a job.

In a topical weekly show, comedian Hasan Minhaj will cut through the noise and explore the modern cultural and political landscape with depth and sincerity.

On the first Friday of every month, Netflix bolsters its existing library in a bid to retain existing customers. Tonight's lineup is especially impressive, with 20 new movies and TV shows coming to the service. Notable highlights include a Netflix Original thriller starring Jake Gillynhall, a bunch of classic modern horror movies - including the Conjuring series - and a new sci-show from the creator of Game Of Thrones! Here's everything you need to binge watch this weekend.

The Boy Who Harnessed the Wind (1 March)

Inspired by a science book, 13-year-old William Kamkwamba builds a wind turbine to save his Malawian village from famine. Based on a true story.

High schooler Haruna befriends loner Yamada, then is drawn into the tangled relationship between him, a model and the girl who loves him unreasonably.

After his son is brutally beaten outside a nightclub, a surgeon takes the law into his own hands and seeks vengeance against the perpetrators. 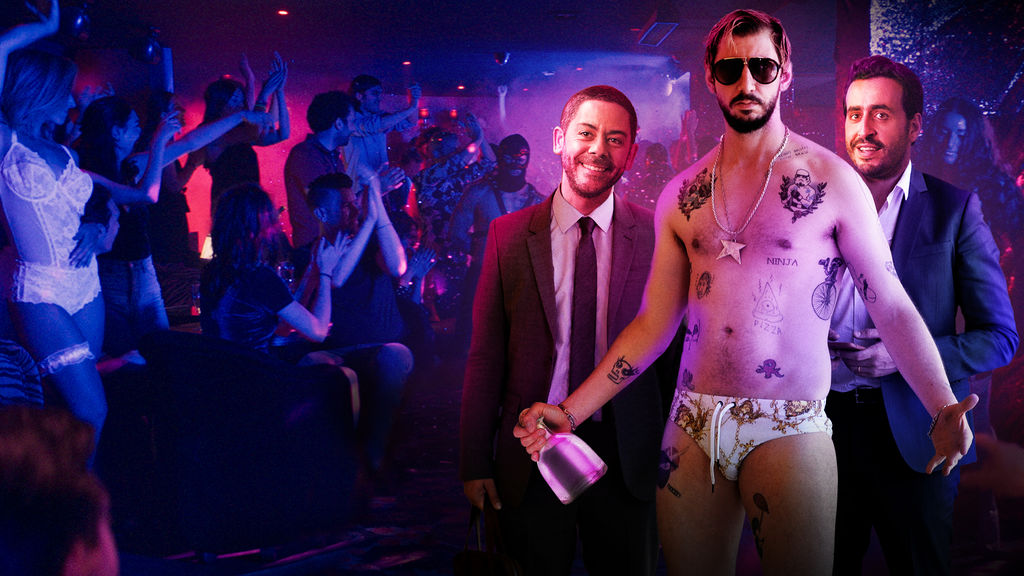 Two friends quit their boring jobs to start a company that plans bachelor parties in Budapest. Their wives, however, have mixed feelings about this.

After hitting her head, an architect who hates romantic comedies wakes up to find her unremarkable life has become a dazzling, cliché-driven rom-com.

The Other Boleyn Girl (28 February)

Ambitious Boleyn sisters Anne and Mary compete for the heart of powerful but intemperate King Henry VIII in this opulent historical drama.

16-year-old Craig, stressed out from the demands of being a teenager, checks himself into a mental health clinic. There he learns that the youth ward is closed – and finds himself stuck in the adult ward.

After five high school misfits uncover coins that grant them superpowers, they must come together as a team to save the world from an ancient evil.

When Nancy is surfing on a secluded beach, she finds herself on the feeding ground of a great white shark. Though she is stranded only 200 yards from shore, survival proves to be the ultimate test of wills, requiring all of Nancy’s ingenuity, resourcefulness, and fortitude.

During a preview tour, a theme park suffers a major power breakdown that allows its cloned dinosaur exhibits to run amok.

A research team is sent to the Jurassic Park Site B island to study the dinosaurs there, while an InGen team approaches with another agenda.

A decidedly odd couple with ulterior motives convince Dr. Grant to go to Isla Sorna, resulting in an unexpected landing, and startling new inhabitants on the island.

The story of a bride-to-be trying to find her real father told using hit songs by the popular 1970s group ABBA.

A bad deed on the part of a tough minor-league hockey player results in an unusual sentence: He must serve one week as a real-life tooth fairy.

A young man and woman decide to take their friendship to the next level without becoming a couple, but soon discover that adding sex only leads to complications.

On a weekend trip to Hawaii, a plastic surgeon convinces his loyal assistant to pose as his soon-to-be-divorced wife in order to cover up a careless lie he told to his much-younger girlfriend.

A couple begins to experience terrifying supernatural occurrences involving a vintage doll shortly after their home is invaded by satanic cultists.

Cloudy with a Chance of Meatballs (1 March)

A local scientist is often regarded as a failure until he invents a machine that can make food fall from the sky. But little does he know, that things are about to take a turn for the worst.

While helping his latest client woo the fine lady of his dreams, a professional “date doctor” finds that his game doesn’t quite work on the gossip columnist with whom he’s smitten.

Teenage surfer Bethany Hamilton overcomes the odds and her own fears of returning to the water after losing her left arm in a shark attack.

A lazy, incompetent middle school teacher who hates her job, her students, and her co-workers is forced to return to teaching to make enough money for breast implants after her wealthy fiancé dumps her.

An extraterrestrial race forced to live in slum-like conditions on Earth suddenly finds a kindred spirit in a government agent who is exposed to their biotechnology.

Hancock is a superhero whose ill considered behavior regularly causes damage in the millions. He changes when the person he saves helps him improve his public image.

Hobbs has Dominic and Brian reassemble their crew to take down a team of mercenaries: Dominic unexpectedly gets convoluted also facing his presumed deceased girlfriend, Letty.

After a sudden attack on the MI5, Johnny English, Britain’s most confident yet unintelligent spy, becomes Britain’s only spy.

Johnny English goes up against international assassins hunting down the Chinese premier.

A desert warrior rises up against the evil army that is destroying his homeland. He captures the enemy’s key sorcerer, takes her deep into the desert and prepares for a final showdown.

In a crime-ridden future when overtaxed cops let murder and other crimes rule the streets one night a year, someone’s knocking at James Sandin’s door.

Soon after her divorce, a fiction writer returns to her home in small-town Minnesota, looking to rekindle a romance with her ex-boyfriend, who is now happily married and has a newborn daughter.

In the smog-choked dystopian Los Angeles 2019, blade runner Rick Deckard is called out of retirement to snuff out a quartet of escaped androids.

You Don’t Mess with the Zohan (1 March)

An Israeli counterterrorism soldier with a secretly fabulous ambition to become a Manhattan hairstylist will do anything to make his dreams come true.

Gloria is an out-of-work party girl forced to leave her life in New York City and move back home. When reports surface that a giant creature is destroying Seoul, she gradually comes to the realization that she is somehow connected to this phenomenon.

A pair of C.I.A. operatives wage an epic battle against one another when they discover they are dating the same woman.

In a “winning is everything” society, how do we handle failure? Using sports as its guide, this documentary series examines the psychology of losing.

A new season of hilariously zany adventures for larva pals Red and Yellow includes an invasion of their island!