Over the next few days, Netflix is embarking on a mass-deletion blitzkrieg, with over 60 movies and TV shows set to disappear from its servers. Noteworthy casualties include Grease, Donnie Darko, The Godfather, Ocean’s 11, the Oscar-nominated Room and er, Miley Cyrus’ LOL.

Here’s everything that will be gone on November 30. Watch them while you still can!

Everything Coming To Netflix In December

Tis the season... for dubious Christmas specials, apparently. If this is something you're a fan of, you're in luck: everything from Chilling Adventures of Sabrina to disaster baking show Nailed It! to original anime Neo Yokio is getting a Christmas special this December. Here's everything you can look forward to on Netflix this festive season. 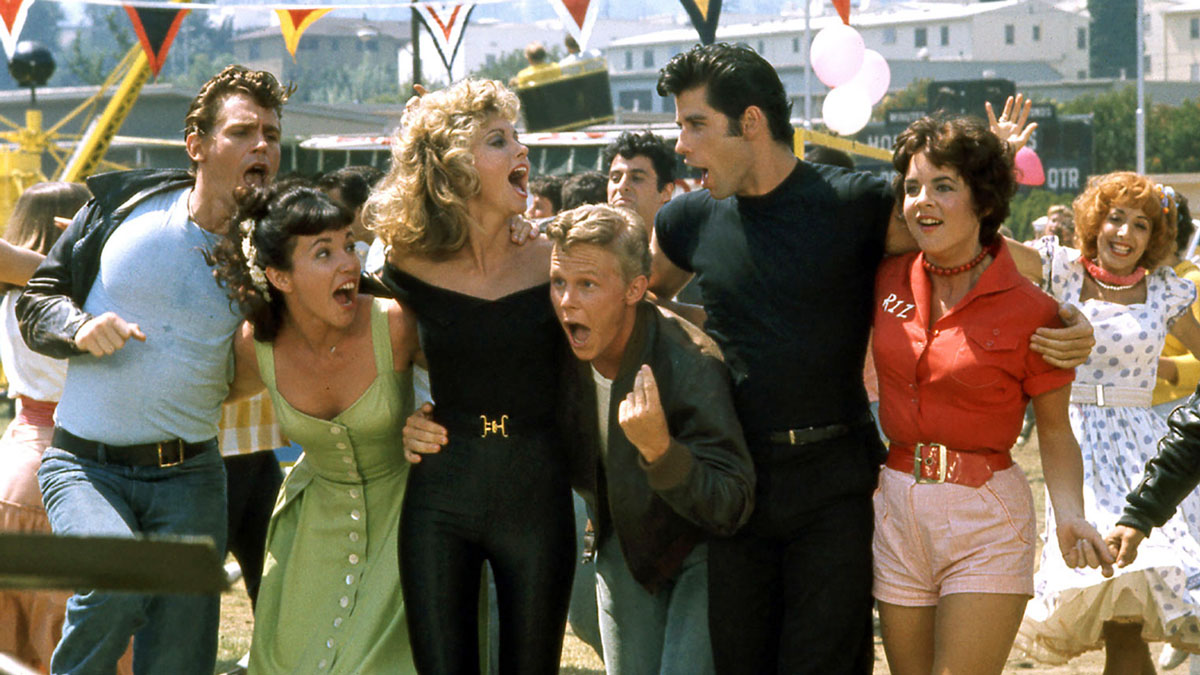 Sadly, there are a bunch of stone-cold classics leaving the service this week, including The Godfather, Forrest Gump, Donnie Darko, Network, Ocean’s 11 and the original Grease. If you’ve not seen these films, I highly recommend giving them a watch pronto.

There are some significant ‘family friendly’ casualties too, including Disney’s Beauty and the Beast remake and the modern stop-frame masterpiece Kubo and the Two Strings.

Oddly, Netflix is also removing a bunch of Christmas shows just before December, including Miracle on 34th Street, Beethoven’s Christmas Adventure and Jingle All The Way. Go figure.

(Note: We’ve included trailers to some of our personal recommendations. )

Beauty and the Beast

Held captive in an enchanted castle where clocks and candlesticks come to life, a brave young woman clashes with a beastly but good-hearted prince.

I Dream Too Much

A recent college grad avoids studying for law school exams by agreeing to look after her crotchety great-aunt, who proves to be a tough nut to crack.

Kubo and the Two Strings

A young boy named Kubo must locate a magical suit of armour worn by his late father in order to defeat a vengeful spirit from the past.

Meet Myles and Brody, best friends and total opposites. Myles is a hopeless romantic looking for Mr. Right. Brody is a sexy player on the hunt for Mr. Right Now.

By creating a fictional character based on herself, filmmaker Alex Sichel learns how to navigate a terminal disease with grace and humor.

This documentary charts the history of an annual art fair in Switzerland that has evolved into the world’s most influential gathering of its kind.

Lovable, oversized Saint Bernard Beethoven tries to save the holidays when a wayward elf crashes Santa’s sleigh and loses his bag of toys to thieves.

A 13-year-old Finnish boy is engaged in a survival challenge in the woods when he encounters the U.S. president, who’s being pursued by kidnappers.

Gender roles and medical science get a workout when Ed and Lisa decide to have another child, except this time, Ed will carry the baby to full term.

When Dracula heads to London in search of a woman who looks like his long-dead wife, vampire hunter Dr. Van Helsing sets out to end the madness.

As a flesh-eating virus rips its way through a remote woodland cabin, the terrified teens vacationing inside wonder who’ll fall victim next.

A successful businessman comes face-to-face with America’s downsizing epidemic when he loses his job and is forced to take a construction gig.

Crescendo! The Power of Music

The Cutting Edge 3: Chasing the Dream

A male figure skater recruits a female hockey player to be his partner for an international competition, and romance threatens their performance.

Actress Eliza Dushku and her brother Nate take an eye-opening journey across Albania, exploring its history and culture as well as their own ancestry.

For one day, follow the lives of entertainers, thrill seekers, entrepreneurs and others working in California, the place where dreams come true.

When a humdrum academic spots his double in a movie, he launches a search that leads him to a small-time actor who looks exactly like him.

Exotic Invaders: Pythons of the Everglades

Follow professional snake hunters deep into the Florida Everglades as they aim to save an endangered ecosystem from invasive predators.

Ultra-marathoner Nikki Kimball tests her body and spirit in this documentary tracing her quest to break the record on Vermont’s 273-mile Long Trail.

Forrest Gump, a friendly, simpleminded man, finds himself in the middle of nearly every major event of the 1960s and ’70s.

Russian troops pushing into Germany discover that the Nazis have created monstrous new soldiers pieced together from body parts of the dead.

When an organized-crime family patriarch barely survives an attempt on his life, his youngest son steps in to take care of the would-be killers.

In this nightmarish horror movie, a woman insists on delivering her stillborn baby — only to discover that the child is alive and heinously hungry.

John Travolta and Olivia Newton-John star in this hit musical comedy about a greaser and the good girl he falls for — much to his friends’ chagrin.

This documentary focuses on the urban farming movement and how it may have the power to change the way America grows and distributes its food.

A magical book unlocks an unlikely portal to a mysterious frozen world that young Howard and his beastly friend Spot must navigate to get back home.

When an actress starring in a film with a sinister history gets too far into character, fantasy and reality blur in a bizarre chain of events.

Johnny Knoxville returns after a long hiatus and subjects himself to all-new stunts involving wild animals, dangerous heights and more.

Jingle All the Way

The worst Christmas film ever.

When ex-con Joe hires 15-year-old Gary to help clear trees for a lumber company, he doesn’t expect to become a father figure for the abused boy.

Life in a Day

Condensed from tons of video taken by people around the world, this absorbing documentary chronicles life on Earth as it happened on July 24, 2010.

Lola and her friends struggle to elude their bewildered parents, pull off daring hookups and sow some wild oats in this coming-of-age comedy.

Loreena McKennitt: Nights from the Alhambra

May in the Summer

Set to wed a fellow Arab American, May faces the disapproval of her evangelical Christian mother, who doesn’t want her daughter to marry a Muslim man.

When her original Santa falls through, reluctant Macy’s supervisor Doris Walker offers the job to a bearded Kris Kringle who says he’s the real deal.

Motivation 3: The Next Generation

The stakes are high for four gifted teen skateboarders from France, Brazil and the U.S. who’re competing for a life-changing win at the 2016 Tampa Am.

When a news anchor loses his mind on the air, his outrageous rants boost ratings and intrigue network executives in this Oscar-winning masterpiece.

After being bullied into marrying an overbearing woman, mild-mannered Norbit meets the girl of his dreams in this screwball romantic comedy.

Less than 24 hours into his parole, charismatic Danny Ocean is already rolling out his next plan: stealing more than $150 million from three casinos.

Wading directly into the chaos on the floor of the New York Board of Trade, this documentary explores the cutthroat world of commodities trading.

Tom Selleck shines as a self-possessed American sharpshooter who journeys to 1860s Australia to work for a rich land baron with a hidden agenda.

Return to the USS Atlanta: Defender of Guadalcanal

As divers visit the wreck of the USS Atlanta, historians and veterans analyze the Battle of Guadalcanal, the “barroom brawl” that sank it.

Kidnapped, confined to a tiny room and raped, a young woman gives birth to a son. When he reaches his fifth birthday, she begins plotting an escape.

A U.S. marshal’s troubling visions compromise his investigation into the disappearance of a patient from a hospital for the criminally insane.

When a deep-space rescue ship answers a distress call, the crew leaps light-years to rescue a lone survivor smuggling a mysterious alien artifact.

A story of greed and corruption in the global quest for oil unfolds through the fates of a CIA operative, an energy analyst and other power players.

Tales of Masked Men: A Journey through Lucha Libre

This program profiles three legendary wrestlers as it explores the colorful, fascinating and mysterious world of lucha libre Mexican wrestling.

After a coup d’etat explodes in his homeland, Viktor Navorski is stranded at Kennedy Airport, where he’s holding a passport that nobody recognizes.

When promising young artist Chloe starts having terrifying flashbacks, she suspects they might be connected to her dark past and an unsolved murder.

World Peace and Other 4th-Grade Achievements

More and more artists are finding their inspiration in yarn. This documentary showcases their amazing creations and the stories behind them.

A decade after achieving supermodel stardom, fashion icons Derek and Hansel are lured back into the business and recruited for a top secret mission. 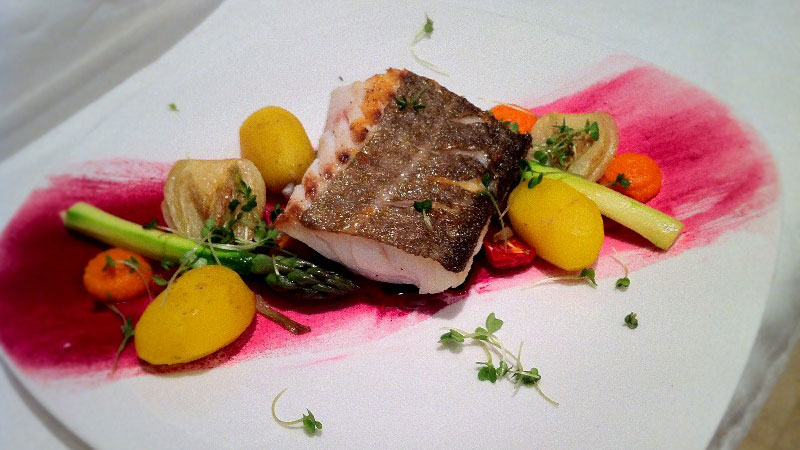 Thankfully, there are far fewer TV shows leaving the service (Netflix tends to concentrate on its original programming in this area so there’s less stuff to delete.)

If you get a chance, check out reality TV cooking show Great British Menu and historical drama Magnificent Century.

Join Bernard, the polar bear without fur, as he leaves his frigid homeland to travel the world, play sports and have comical adventures.

An optimistic and determined detective works with her no-nonsense, taste-sensitive partner to track food and drug safety crimes.

Working for a nonprofit legal defense group, a student trying to free an innocent man gets into a pitched battle with a district attorney.

Top British chefs compete against each other and are scored by a panel of acclaimed judges for the chance to cook one course of a four course banquet.

In this reality series, amateur interior designers on tight budgets test their mettle transforming rooms with speed and style.

Palace intrigue roils a mighty empire in this drama tracing the reign of Ottoman Sultan Suleyman the Magnificent and the slave who became his wife.

This uplifting reality series follows single people with disabilities who sign up with a dating agency to help find an understanding romantic partner.