How Much Money Do You Need To Be Rich?

twocentswealth
To sign up for our daily newsletter covering the latest news, hacks and reviews, head HERE. For a running feed of all our stories, follow us on Twitter HERE. Or you can bookmark the Lifehacker Australia homepage to visit whenever you need a fix.

Living stress-free and spending time with loved ones were cited as the definition of wealth for many people in Charles Schwab’s annual Modern Wealth Index, an online survey of 1000 people in the US between age 21 and 75. Meanwhile, just 11 per cent of people surveyed said their definition was “having lots of money.” 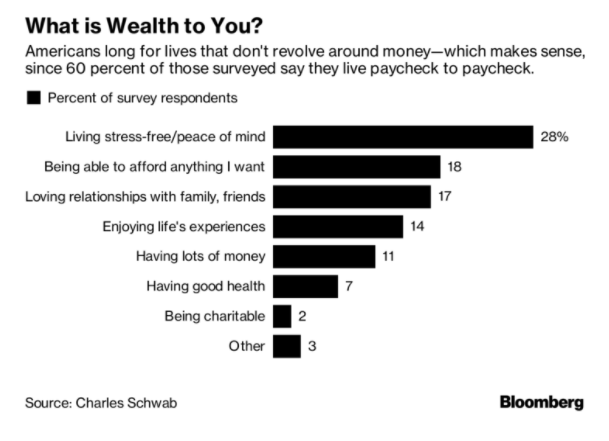 And while 18 per cent of respondents said affording anything they desired would make them truly wealthy, 17 per cent said having “loving relationships with family and friends” would do the trick.

So, what would it take for you to consider yourself wealthy?