What You Can Learn About Personal Finance From The Real Housewives 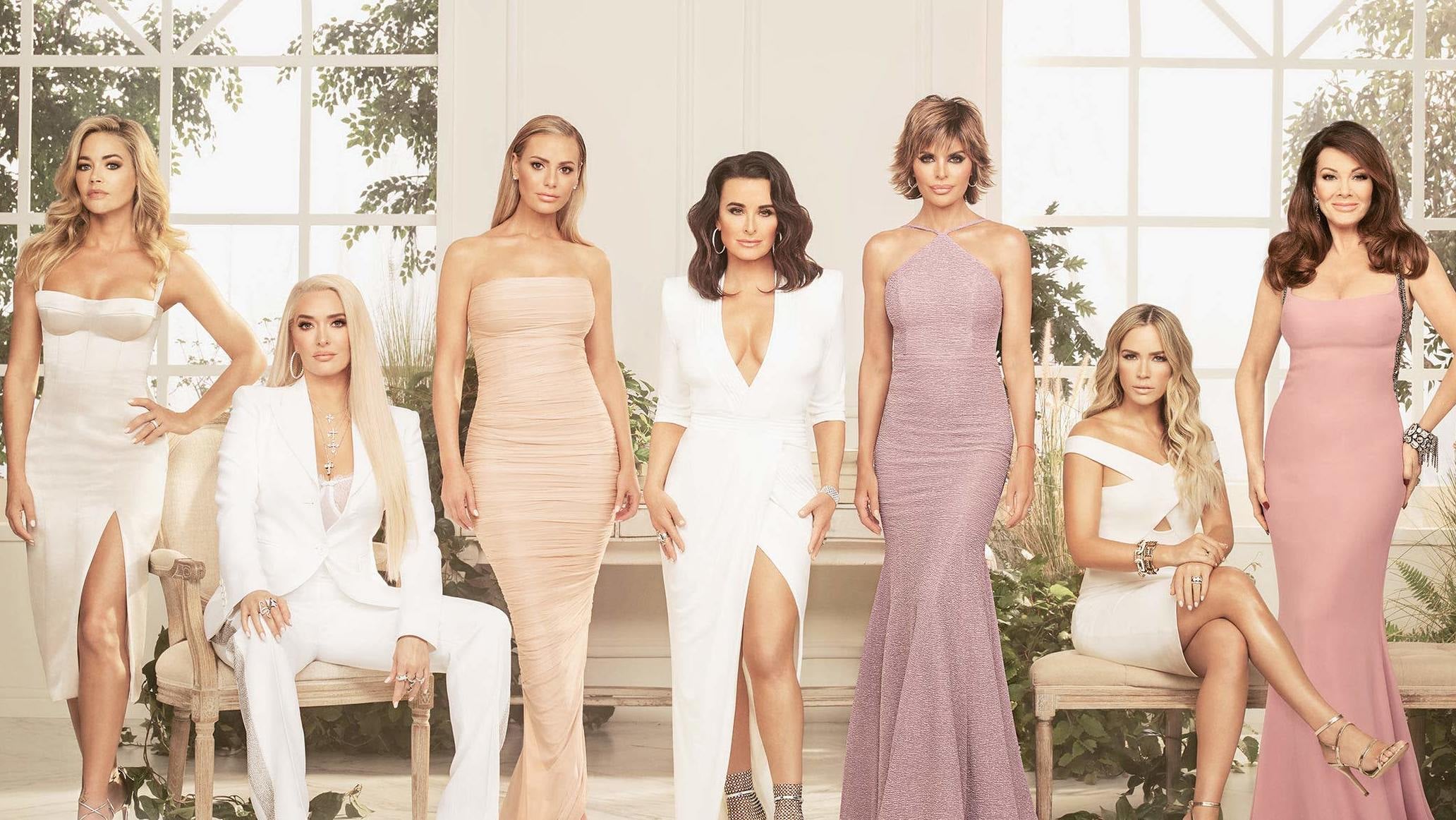 There are two reasons why anyone watches The Real Housewives franchises: The money and the drama.


Any good Housewives fan has googled “housewife name + net worth” just to see how much you need to save up for a flight in a PJ (a private jet, in Bravo-speak). Once you look up the wealth of the cast members, it’s easy to see that there is a huge disparity in wealth among people generally thought of as “rich.”

So how does one get “rich” like a Real Housewife? Well, it might not involve actually being that rich. After examining the evidence gleaned from countless Housewives episodes, here’s what I learned about how to live a life of luxury (or, more often, what not to do in order to avoid crippling debt).

The people on these shows need you to think they are fabulously wealthy. As a case study, let’s take a look at Dorit, from Real Housewives of Beverly Hills.

No really, let’s look at her. She literally has Chanel dripping from her ears. And yet, she and her husband, PK, are going through very public debt-related lawsuits. They are at risk of going bankrupt, and listed their house for $US8,000,000 ($11,416,511) to pay everything off (which may not even be enough).

And so, the first financial lesson: All of this is for the show. They need to go on shopping sprees and buy fancy cars in order to build their personal brands. No one should spend the way they do.

Only spend the money you actually have

Even with their inflated show salaries (Nene from Real Housewives of Atlanta reportedly makes $US2.75 million ($4 million) per season), many cast members still fall prey to debt.

Their finances are pretty complicated – involving trusts, wills, business agreements and nasty divorces – but the lesson remains the same for us all: you may think you can go far on credit, but this is an illusion.

Imagine making $US1.3 million ($2 million) for one season (like Phaedra from Atlanta), buying a $US1.9 ($3) million house, and then getting dropped from the show the next year and being forced to sell the house for a loss.

Income can change quickly, and you need an emergency fund to keep making mortgage payments in case you lose your job.

A bonus lesson here is to make sure your rich spouse is actually rich, that you have a good prenup and are not listed as accountable in their poor business decisions.

I learned this from New York City’s Sonja, who only got an entire Upper East Side townhouse in her divorce (which she now rents out for extra income), and Taylor from Beverly Hills who was saddled with a multi-million dollar lawsuit (and no trust fund that she was promised!) after her husband’s death. Basically, if you rely on someone else as a breadwinner, make sure you understand their finances.

Everyone wants to own a business

New York City’s Bethenny Frankel makes $US1 million ($1.4 million) per season, but is worth an estimated $US25 million ($36 million) thanks to her Skinnygirl cocktail empire.

She made the equivalent of 25 years of highly paid work when she sold the company in 2011.

This is why all the Housewives try to start their own business ventures. We’ve seen retail stores (Kyle from Beverly Hills), a line of rosé (Lisa V. from Beverly Hills) and something called “L’Infinity Dress” (LeAnne from Dallas), all in an attempt to make a hit business, and sell it for hundreds of millions of dollars in one go.

While owning equity in a business could result in wealth far greater than any amount of sensible spending, it has major risks as well. As we learned with Sonja, a failed business venture could mean losing all the money you invested (and if you don’t have the wealth of a Housewife, that could mean all of your money).

So don’t be tempted to start a line of toaster ovens if you have no experience in manufacturing small appliances, please.

There will always be someone richer than you

In other words: Set realistic financial goals and don’t base your own success on others.

While most of these cast members come in gloating about their wealth, they continue to collect salaries from the show and get paid for endorsement deals on Instagram, live appearances, and further business ventures. But why? Aren’t they already rich enough? Shouldn’t they just retire by now?

Of course not! They are on the show for more money and more fame! These people did not come here to have enough to make the annual IRA contribution limit and live the easy life.

Even with all these income streams, not a single cast member is on Forbes’ list of richest self-made women. (Adrienne from Beverly Hills, the richest in franchise history, doesn’t qualify because she inherited most of her wealth).

So why do they insist on working when they are already wealthy and famous and most haven’t had an actual job since the 90s? The obvious answer is insecurity. They spend tons of money on plastic surgery, fashion and “glam squads,” and wealth is another facet of their superficiality.

Of course, they also need money to keep up this façade (pun intended), and only ever compare themselves to the other cast members, so if you can’t be the youngest or hottest, you might as well try to have the best house and nicest wardrobe.

And what’s the lesson from their insatiability? Greed is a powerful mistress (pun also intended). We might all think that if we had this money, we’d donate half to charity and never work again, but even a taste of wealth and fame makes people do crazy things. So let’s remember to put everything into perspective: We have our problems, and they have theirs. And our problems don’t cost $10 million, usually.

As I said before, we watch these shows for the drama. It’s not about people content with themselves who can relax without a care in the world. So always remember that the very rich are not necessarily happy.