Since it launched in Australia, Netflix has been offering a three tier service – basically taking the trusted “good, better, best” product strategy. But a new pricing tier, called ‘Ultra’ has now been spotted in the wild. Here’s what existing customers need to know.

Netflix Ultra has started appearing in some parts of the world with the company saying it’s “testing slightly different price points and features to better understand how consumers value Netflix”. So what does the Ultra tier get you, what do the others lose and is this good news or bad?

Netflix currently offers three pricing tiers in Australia; $9.99, $13.99 and $17.99 per month. The difference between the two least expensive services is the availability of HD and streaming to two devices rather than just one. Premium subscribers get access to Ultra HD and four simultaneous screens. 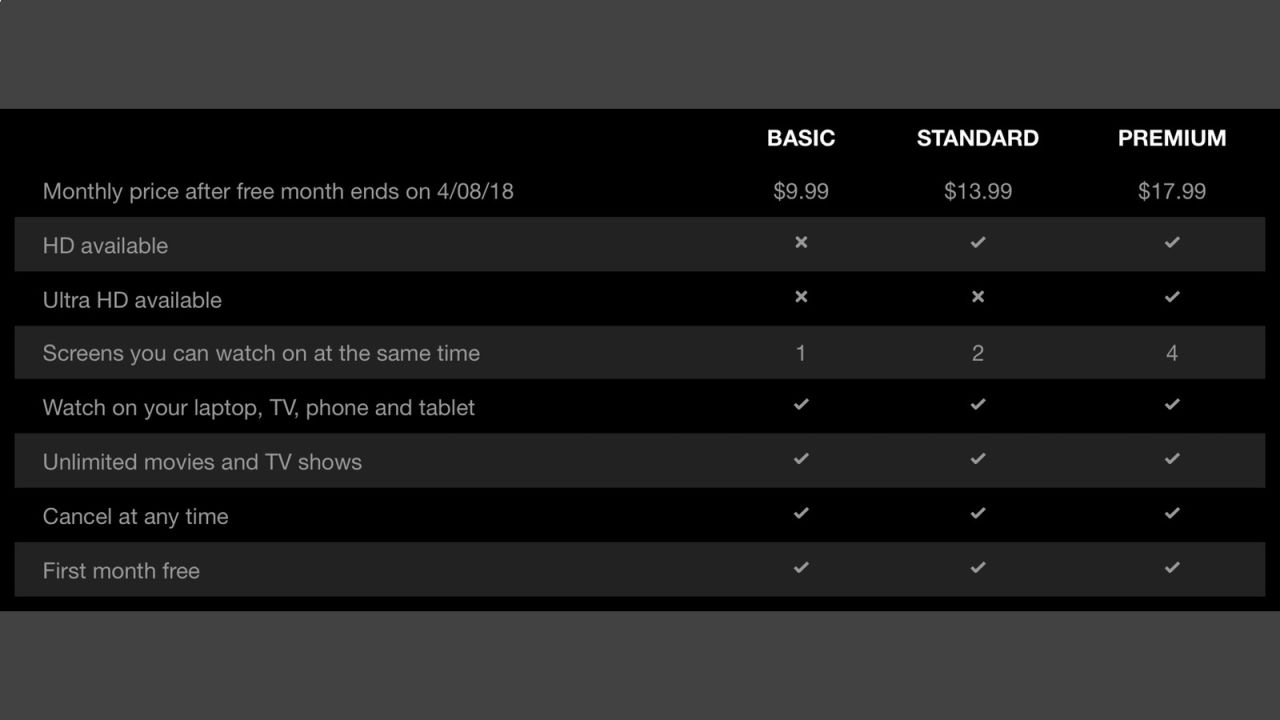 The new Ultra plan, which was captured by Italian blog Tutto Android reveals the new Ultra tier, which costs an extra €2 but adds HDR as a premium feature. 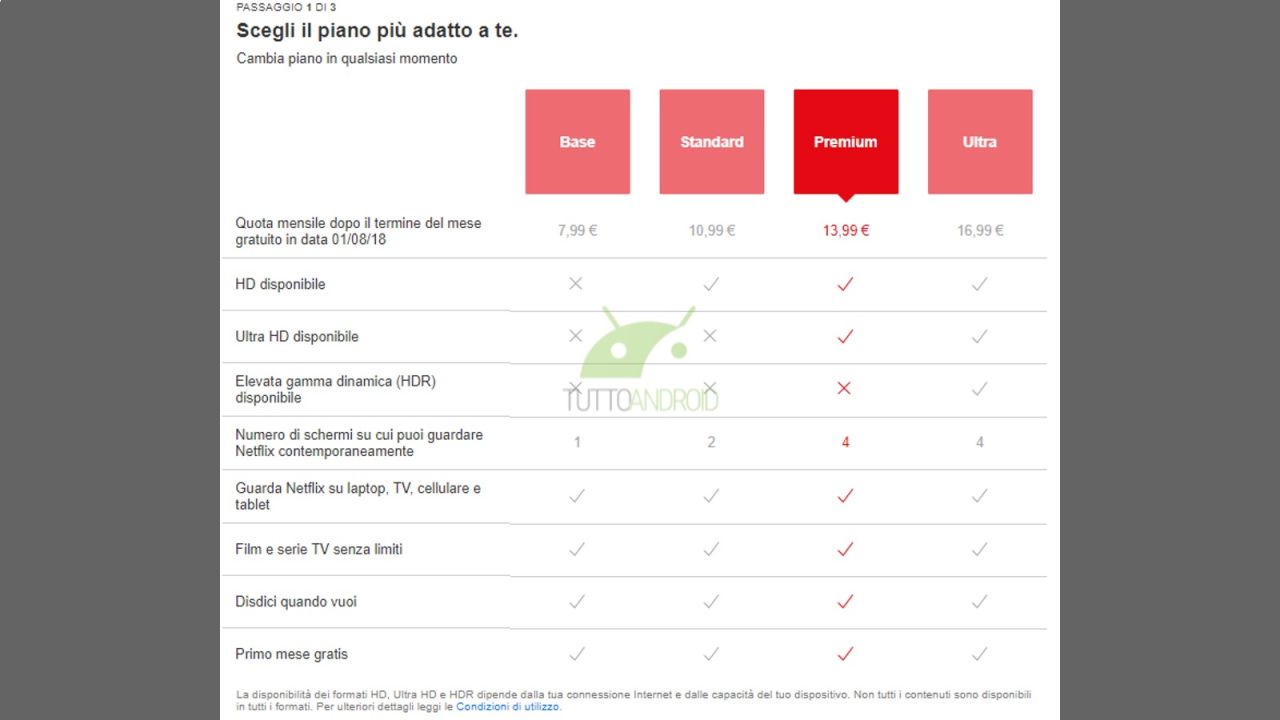 If you followed the news out of CES closely this year, you probably heard the word HDR tossed around a lot. In 2017 we'll see TVs for under $700 with the feature, and fancy monitors for over $1300. But what does HDR even mean?

Netflix has been adding HDR content to its library for some time. A number of its original productions are available in HDR but the content range seems quite limited and it’s hard to tell what content comes in the emerging higher-quality format. With that said, it’s likely to become a more prominent format with the latest Apple TV and Google Chromecast supporting it, as well as most new TVs.

The bad news is that this new pricing tier will have some ripple effects on the existing structure.

The Standard tier, with two simultaneous viewers, drops back to just one viewer while Premium drops from four to two viewers. Access to HDR and Ultra HD content, which are currently bundled up with the rest of the HD content, becomes an Ultra feature.

In other words, if you’ve got a fast internet connection and the right kit, you could see a drop in the quality of the material Netflix streams to your TV.

There’s also a potential risk that some movies and TV shows could be restricted in some way. While we doubt Netflix would block or segment its Original content, it may dabble in timed exclusives where Ultra customers get early access to new shows. This is pure speculation, but it’s clear Netflix will need to add as much value to this fourth tier as possible.

Based on the European pricing, I expect the Ultra tier, if it’s introduced here, to come in at $19.95 per month.

I’ve reached out to Netflix for a local comment on whether this will hit the local Netflix service. If that response arrives, we’ll update this story. But, if things go ahead according to what we’ve seen, you can expect the value of the existing packages eroded in order to create the Ultra pricing tier.