How To Have A Better Relationship With Your Mother 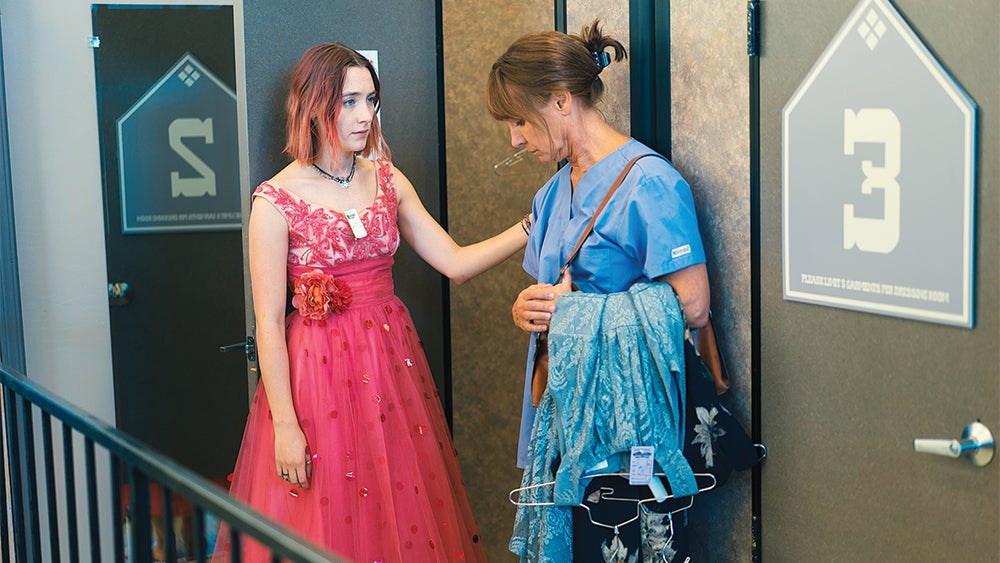 It's Mother's Day, which means many of us are going to spend the day in conversation with our mothers — whether in person, on FaceTime, or over the phone.

Some of us, however, will end those calls or brunches wishing we knew how to have better conversations with our mothers. Maybe we felt nagged or criticised, so we clammed up or snapped back. Maybe Mum asked too many questions about our personal lives, or dug into the one problem we didn't want to discuss.

Maybe we hoped we could have a moment of connection, as adults, but ended up feeling like a teenager again.

How do adult children learn how to better communicate with their mothers? It comes down to understanding what your mother is really trying to say — and using that information to shape a more loving and open response.

Why do mothers and their adult children always seem to revert back to the type of parent-child dynamic that, in many cases, inhibits true communication?

Dr. Deborah Tannen, author of You're Wearing That? Understanding Mothers and Daughters in Conversation, writes that it all starts with message and metamessage:

Everything we say has meaning on these two levels. The message is the meaning that resides in the dictionary definitions of words. Everyone usually agrees on this. But people frequently differ on how to interpret the words, because interpretations depend on metamessages — the meaning gleaned from how something is said, or from the fact that it is said at all. Emotional responses are often triggered by metamessages.

Mothers are masters of the metamessage, from "don't you want to sleep in your big-kid bed?" to "would you take out the trash after dinner?" Of course, by the time most of us are teenagers we understand that "would you take out the trash" is not a real question, and "don't you want to put on a little lipstick" isn't really asking us to consider our true desires.

So we start to bristle at what we view as our mothers' attempts to control us, and that type of emotional response often remains into adulthood.

Adjusting that automatic emotional response is hard, but it's an important step towards improving communication with your mother. You're Wearing That? is a great resource, and I also got to ask Dr. Tannen for some additional insight. Although You're Wearing That? is specifically about mothers and daughters, the advice can apply to adult children of all genders.

"First, remember that caring and criticism are bought with the same coinage," Tannen explains. "If it feels like criticism it is also caring."

When your mother asks if you "really like your hair that way," you're right to interpret it as a criticism, even if your mum deflects any attempt to call her out on it with "I was just curious!" (Tannen notes that this is a common tactic in mother/daughter conversations: claiming you only meant the message when both parties know you meant the metamessage.)

But you should also interpret it as your mother wanting what's best for you, even if it's something as relatively unimportant as the best possible haircut. Yes, as everyone who saw Lady Bird undoubtedly remembers, what mothers think is best for their children is not necessarily what their children think is best for themselves! Still, framing criticism as caring is one way to take the sting out of certain types of metamessages.

If you can focus on the real metamessage — which is that your mother cares about you — you'll be less likely to want to sting back.

Framing criticism as caring is one way to take the sting out of certain types of metamessages.

Find the balance between connection and invasion

Being able to sanguinely process critical metamessages is the first step in improving communication with your mother. The second step, for many adult children, is finding the balance between connection and invasion.

Some adults love that their mothers can keep up with them on Facebook or text them throughout the day. Others see a string of notifications announcing that Mum liked this post and Mum commented on that post and feel... well, invaded.

Part of this might have to do with the generation gap. "Mums comment on everything [on social media] as if they were having a conversation," Tannen told me. "If someone shows you a photo you comment on it."

But if you feel like your mother wants to be both the cheering and the comment section in as much of your life as possible, you're probably right. Tannen explains that mothers often fear that they will be left out of their children's lives or they won't be able to protect their children when they need to, so they make extra efforts to stay connected — which in turn leads to conflict. To quote You're Wearing That?:

Where a mother sees protection and connection, a daughter may see a limit to her freedom and invasion of her privacy.

You can reframe this conflict the same way you reframe critical metamessages into expressions of love and care — but only to a point. Sometimes learning how to communicate better with your mother is about setting boundaries.

Many adult children make proactive decisions about which part of their lives to share with their mothers and which parts to keep private. You're Wearing That? notes that some people prefer to share minor issues or troubles and keep the major ones to themselves, while others only bring up major issues and don't mention minor ones.

Other people set boundaries by focusing conversations on shared interests: books, movies, shopping. Watching a television series with your mother is a great way to connect, and you can discuss the characters' lives instead of your own.

Tannen also suggests setting boundaries on methods of communication. Thanks to texting and social media, "many mothers and daughters are in constant communication, in ways that would have been unthinkable before." If your mother texts you while you're at work, for example, you can ask her to hold her texts until a certain hour of the day, or to send messages via email instead. (For some people, there's less pressure to immediately respond to an email.)

Framing the boundary as something you and your mother are doing together to improve an aspect of your life can help your mum feel connected to you instead of disconnected — even if she knows that the metamessage is "Mum, stop bothering me at work!" After all, she also knows that you'll be more likely to respond to her texts if they arrive at more convenient times.

Sometimes learning how to communicate better with your mother is about setting boundaries.

It might be time to update the conversation. You're Wearing That? describes this type of shift as "changing the tape:"

The daughter could remind herself to tell more stories of her triumphs and fewer of her problems, and the mother might remind herself that she no longer has to solve her daughter's problems.

Changing the tape is hard, but if you've gotten to the point where you're no longer reflexively reacting to your mother's critical metamessages and you've set good boundaries around your personal life, starting new types of conversations should be relatively easy.

Don't expect the old roles to disappear right away — but over time, you and your mother can move closer to that strong, connected, mature relationship you've both been hoping for.