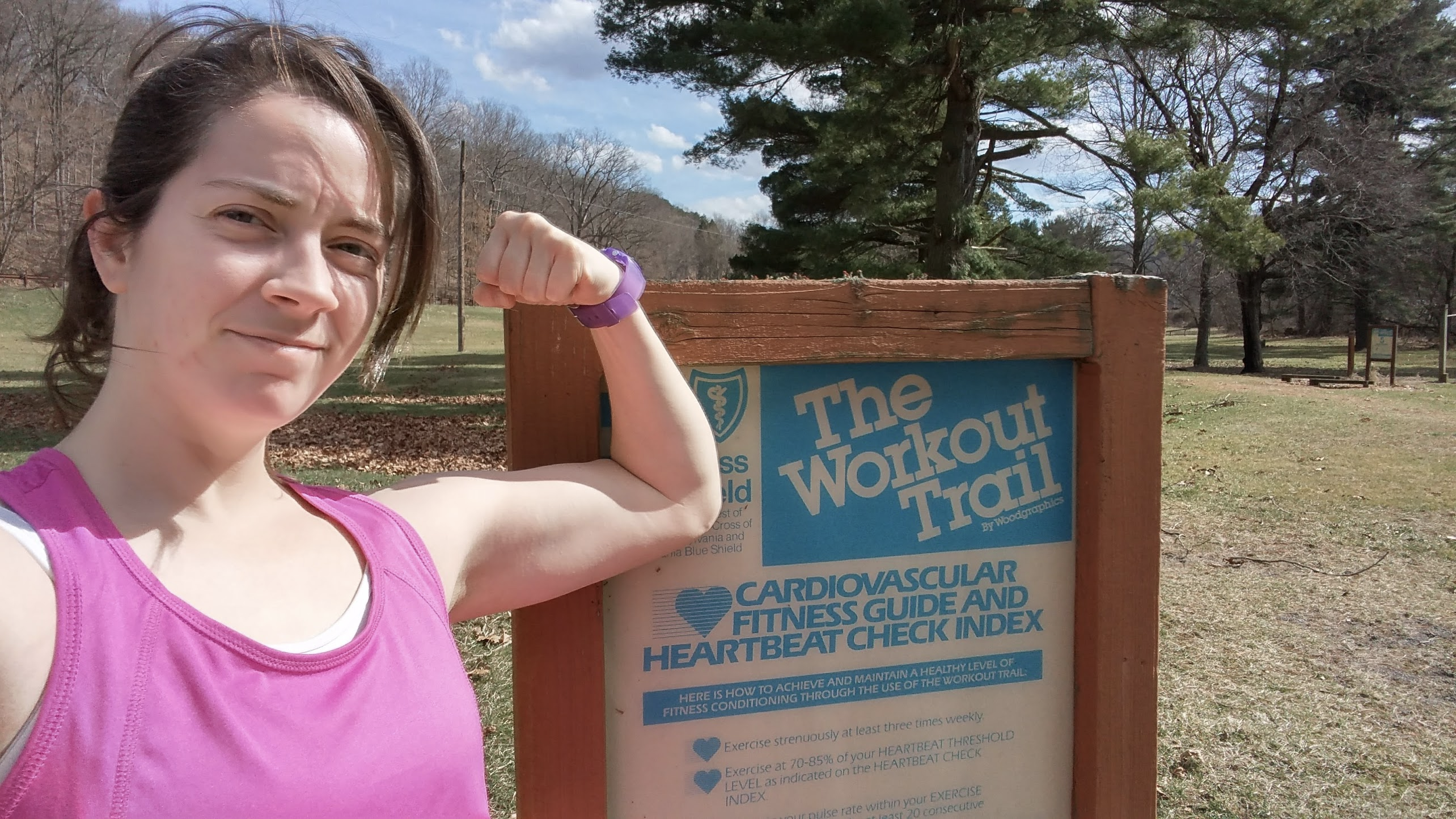 It’s a beautiful day and we’re going on an adventure! For the May instalment of the Lifehacker Fitness Challenge, your mission is to find a fitness trail (sometimes called a parcourse) near you – they’re often hiding in plain sight.

If you don’t know what I mean, a fitness trail is a set of outdoor workout stations, usually connected by a jogging path. Each station has some simple equipment, such as a pull-up bar, or a selection of benches at different heights for step-ups, or a post to lean against while you do a certain stretch. These trails were popular throughout the 1980s and 1990s. Some are still well-maintained, others are overgrown and in ruins. Chances are, there’s one in a park near you.

I found the trail in the photo above sort of by accident. It’s in a less-travelled part of a public park and seems to have been installed around 1985. It’s mostly functional. Originally there was probably a well-worn path from station to station, but now you just have to kind of wander around to figure out where to go next.

I used this several times before someone who tipped me off that most of the “missing” stations were in the woods nearby. (This person did not follow me there and did not murder me. I survived and had a great workout.)

So, this week, head off in search of your own adventure. Check out public parks, community centres and (depending on school policy) local schools. Ask longtime residents if they know of any fitness trails. Even if you don’t find a retro parcourse, you may find other outdoor exercise equipment.

Failing that, hey, maybe there’s a playground or a set of park benches that lend themselves to athletic experimentation. Share your finds below, or tag us and use the hashtag #lifehackerfitnesschallenge on social media.