Workout Snacks That Won't Make You Hate Working Out 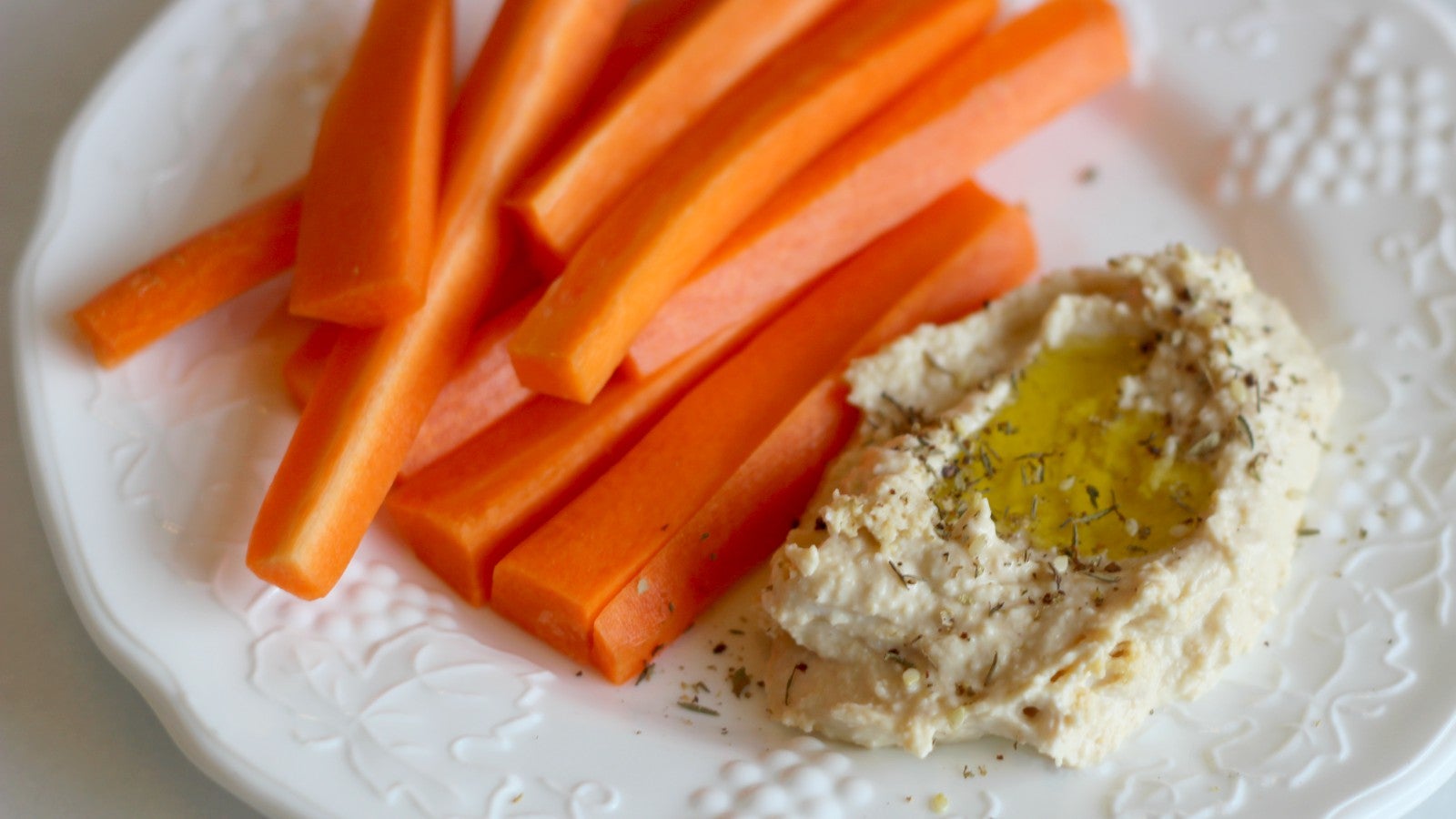 It turns out that moving your body around in an intentional fashion — known to jocks as "taking exercise" — is an important part of not being in pain as an adult, and it turns out that eating a portion of gyro casserole an hour before pumping a modest amount of iron is a poor plan. I, however, refuse to eat a goddamn protein bar, so I've had to get a little creative with my pre-workout snacks.

In most cases, it's simply a matter of tweaking boring food to make it less boring. In the case of boring carrots and boring store-bought hummus, I added a little yogurt to the hummus (which adds protein and makes it taste creamier), spooned a little olive oil on top and sprinkled it with za'atar, a seasoning that makes everything more delicious.

According to people who put way more effort into (real) self care than I do, "easily digestible protein-rich meal within two hours" of a workout is the way to go. "Easily digestible" means different things to different stomachs, but I do pretty well with some sort of carb (usually a fruit) and a protein.

Feel free to mix and match the below to meet your protein needs. I've included some protein counts to help with that.

I've also heard some people eat rice cakes with nut butters and such, but I am pretty much philosophically opposed to rice cakes, no matter what's on them. (You do you, though.)