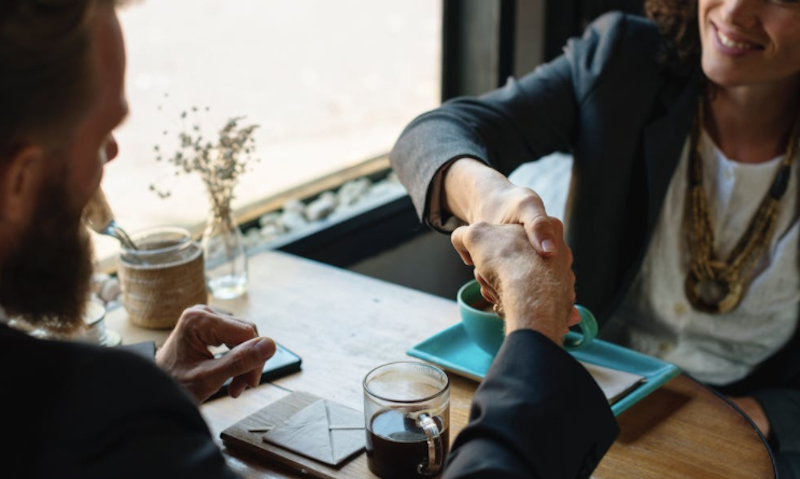 There's no denying the gender pay gap. It's there: The average pay for a man, the average pay for a woman, and space between. The gap exists regardless of whether or not you believe it exists. Wage gap deniers don't deny the gap itself; they deny its significance. Women stay at home with children, so the numbers make sense, they say. Women don't negotiate, so of course there's a gap.

What deniers see as an explanation the rest of us see as the problem. It may be true, for instance, that women negotiate less. It's also true that when we do negotiate, we face a social penalty. A Harvard study found that women are perceived as more demanding and less likeable than men when they ask for more.

Which is why, as a general rule, I try to force myself to ask for more.

As someone who hates confrontation, there are few things in the world I dread more than negotiating. I was not raised to be a haggler. My mum is one of those hard-working, unentitled immigrants people love to romanticise, and as such, she always taught me to keep my head down, not ask for anything, and be grateful for what I have. It took both of us a long time to realise that you can be both grateful for what you have and strive for more. (In fact, gratitude is the best place to strive for more, because even if you don't get what you want, you're still satisfied with the hand you're dealt.)

Nevertheless, for years, both my mum and I resigned ourselves to the role of the polite, soft-spoken worker who does not make a fuss. (At one point, my female boss even took me aside and asked me to stand up for myself more often.) Like many women, my mum and I were fuelled by the idea that "aspects of negotiating are - under certain conditions - incongruent with the female gender role," as a 2015 study put it. At some point, a thought struck me: By taking on the role that is expected of me, I am also reinforcing it.

In response, I made it a rule to always ask for more money. When I took on a new freelance gig, I forced myself to ask for extra. If I worked for an existing client long enough, I forced myself to ask for a higher rate every year or so. Sometimes it's awkward. When a new client offered a fair rate and I asked for just a little bit more, we sat in dead silence for about five seconds until she reluctantly said, "Yes, that's fine." The conversation was much chillier after that.

Sometimes I get rejected. A client I really wanted to work with said, "Unfortunately that's not in our budget right now, but maybe we can revisit it down the road." We never did. Half of my goal is about making more money, but the other half is about getting comfortable with speaking up. Speaking up pushes the boundaries of my earning potential, perhaps closing my own gap just a little, but even if I'm rejected, it also sends a message to my own professional world: Women can ask for more.

Maybe I'm perceived differently, for better or worse, but the goal is to contribute to a working world where it's a bit more normal for a woman to speak up and say, "Would you consider this rate to match my professional value?"

Value is ultimately what it comes down to. Money is just money, but we attach meaning to it. It represents our work, skills and experience. So when we try to explain away the wage gap, we're also accepting that a woman's professional value is worth less than a man's because [insert garbage reason here]. It isn't something every woman can do, and some experts warn against blanket advice that women should always negotiate. For some, the social risk is too high.

While there are certainly larger solutions to these more systemic problems, and we alone cannot be solely responsible for fixing things, maybe there's a way to address these issues at a microcosmic level. For women, negotiating isn't just about making more money; it's also about expanding the role expected of us.

Research, such as this 2005 study, also shows that women negotiate better when they feel like they're advocating for others, not just themselves. In other words, it's easier for women to negotiate when we feel like it will benefit others. So if you want to negotiate but you're still terrified, consider this "hack" - make negotiating easier by remembering how it will help others.