We're Rhett & Link, And This Is How We Work 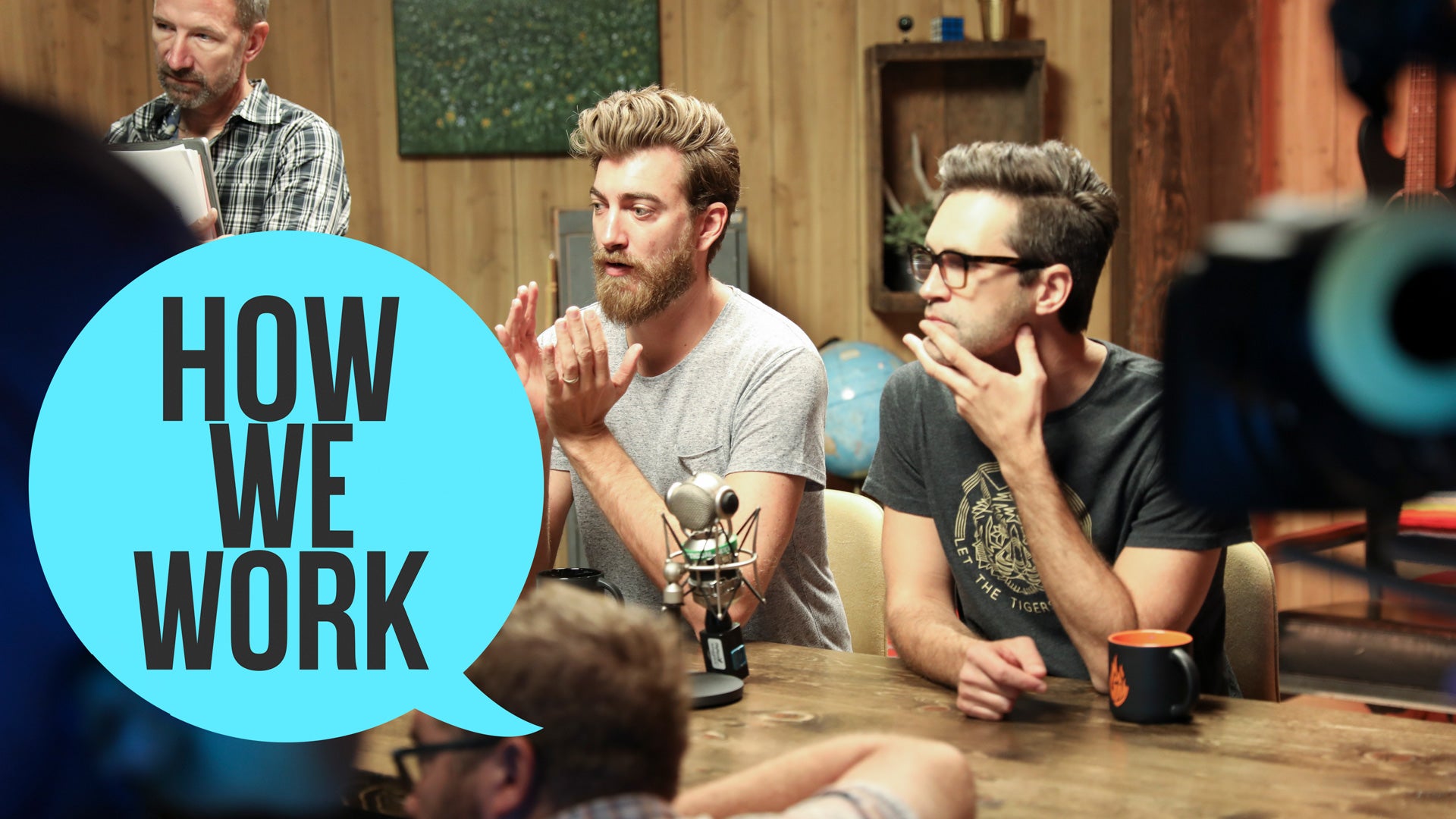 Rhett & Link, hosts of the show Good Mythical Morning and creators of viral videos such as "NOPE! Chuck Testa", are two of the most famous well-behaved grown adults on YouTube. They have been making funny, interesting videos for years, and now they run multiple YouTube channels with millions of subscribers each. We asked them how they work, and how they developed such dizzying careers.

All photos via Rhett & Link

One word that best describes how you work: Efficiently

First of all, tell us a little about your background, your first 'big break', and how you got to where you are today.

We've known each other since first grade, and we've been seeking the centre of attention ever since. YouTube provided a way for us to reach a global audience beyond the friends/relatives we had forced to endure our shenanigans for so long. We've been at it for over a decade, and there hasn't really been one big break, but rather a lot of little ones that have added up to us being able to run a company that produces everything we do. ﻿It may seem weird that we do basically the same thing - and it is - but that's the only way we can function.

A typical day for us is shooting everything needed for an episode of Good Mythical Morning (often more than a single episode in order to fit other things in during the week). This takes over half the day. We take a lunch break, but lately that "break" has just been a meeting where we eat while discussing an upcoming segment or bit. When GMM filming is over, we move directly to a writers' meeting to plan more shows.

At the end of the day, our assistant sends us an email with all the outstanding tasks/questions that need attention that we weren't able to squeeze into the workday. We usually divide and conquer those things after putting our kids to bed and watching TV with our wives. And yes, this is both of our schedules (it may seem weird that we do basically the same thing - and it is - but that's the only way we can function).

What apps, gadgets or tools can't you live without?

Our company relies heavily on Google Docs. We collaborate with our writers on everything, and the ability to chat about something and make real-time edits (often while we're shooting a show) has become absolutely indispensable. As a result, our phones and our laptops are a very integral part of our day. I guess that just makes us incredibly normal. 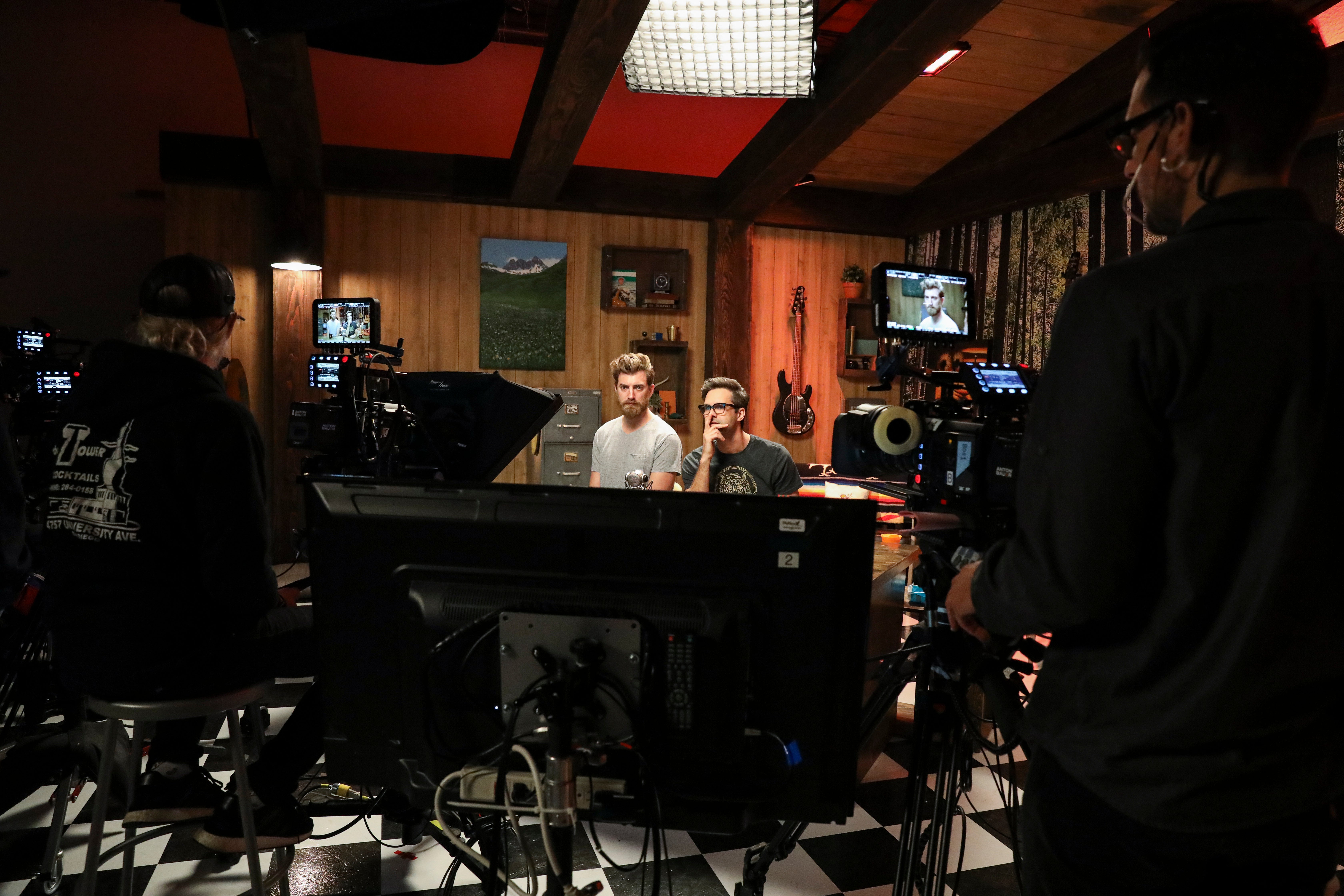 We have stand-up desks but we usually sit at them. The only time we use the stand-up feature is when someone comes in our office and we want to show them how the desk works. We have a meeting space within our office with comfortable chairs and a couch. We should probably invite a therapist in and use the couch for that, but instead, we just have meetings there. We have recliners set up in a secret loft in our office (this is not a joke), but we've napped twice in two years.

The only time we use the stand-up desk is when someone comes in our office and we want to show them how the desk works.

A few years ago we had the bright idea that we should divide our work between the two of us as opposed to having to work together on every single task. This may seem simple and obvious, but it was a real breakthrough for us. We think that we take less than half the time we would otherwise because the creative process can actually be made much more efficient if one person gets something off the ground while the other person fine tunes and punches it up.

Given our engineering backgrounds, we are incredibly interested in having systems in place which maximise our output. Everyone on our team, from producers to writers to assistants have helped to establish and maintain these systems, and there is no way we could produce the volume of content we do without their help. We also once paid a witch in New Orleans $50, and she put a chicken foot in some soup and said something in Creole. She probably helped too. 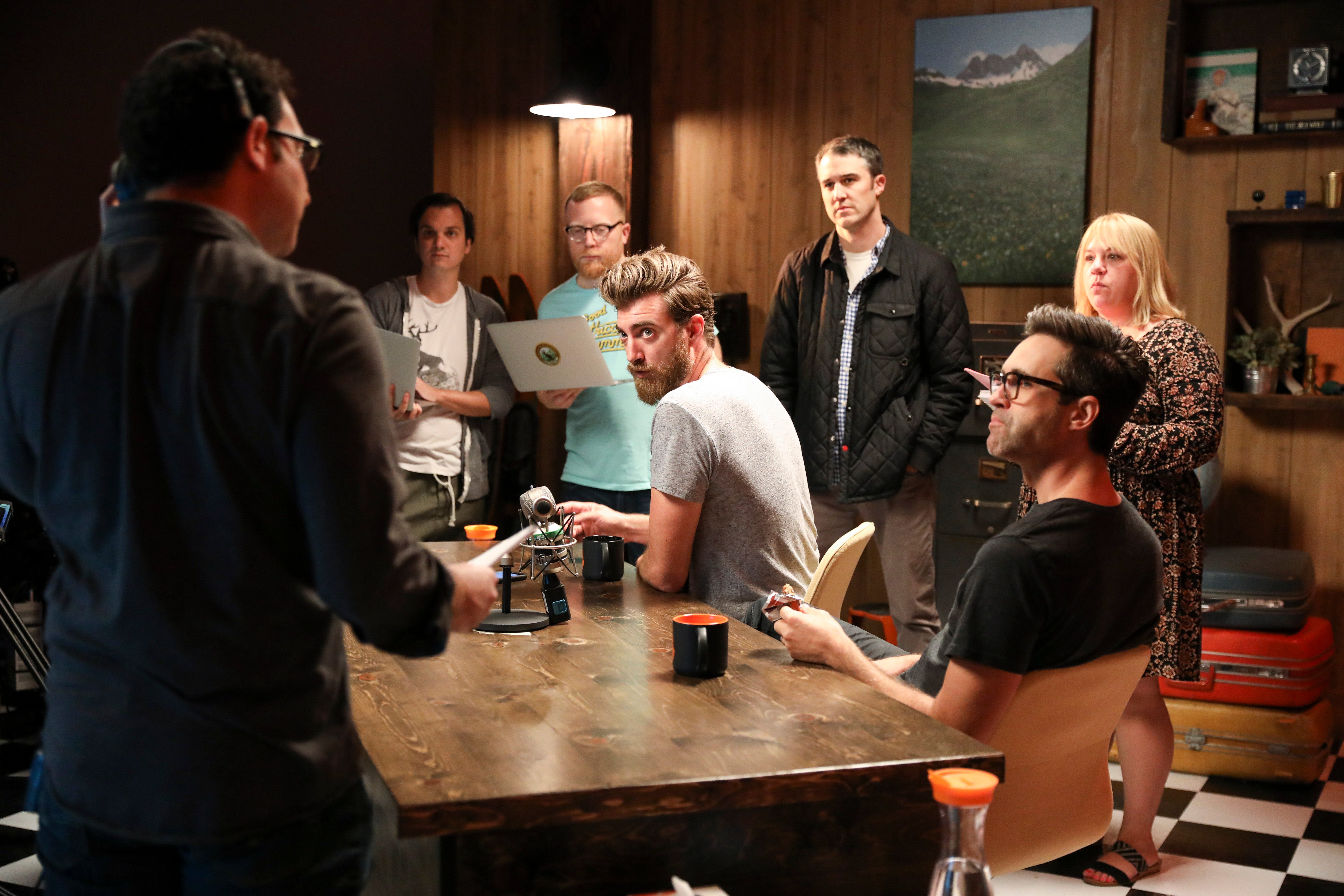 We don't recharge enough, but we do rely on occasional massages, trips to sensory deprivation tanks, and family vacations.

What are you currently reading, or what's something you'd recommend?

I (Rhett) finished Sapiens: A Brief History of Humankind recently and think it should be required reading for all Sapiens.

Fill in the blank: I'd love to see _____ answer these questions.

In Steve Martin's book Born Standing Up, he said he wishes he could have gone back to his younger self and said, "Everything is gonna be OK." We tell that to ourselves a lot.