Use Your Pressure Cooker To Cook These Meats 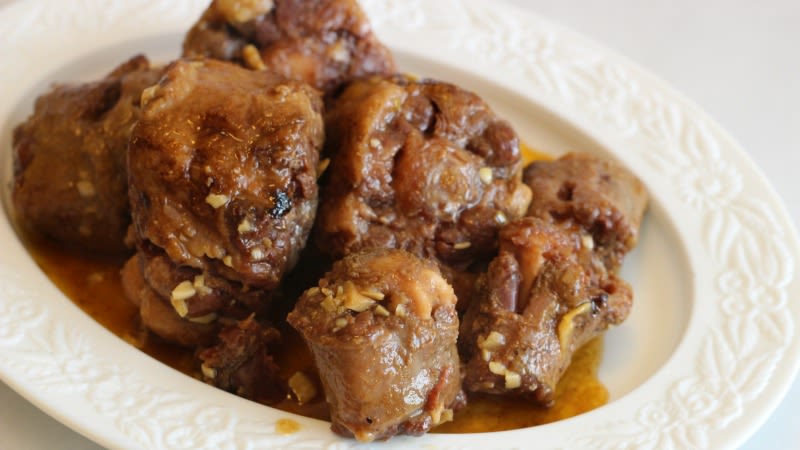 Pressure cooker cheesecake is great because I love being able to make and consume the dairy dessert on a whim, but making juicy succulent meat is where my pressure cooker really earns its keep.

Pressure cookers allow you to make short order of big, meaty projects that might otherwise take hours. Conversely, projects that might take a single hour take minutes, which means pretty much any meat-based meal gets on the table much faster than you're used to. This means you have more time for dishes, which will also take less time, since most of these meals can be cooked in a single pot. Here are my favourite cuts to cook in my pressure cooker, in no particular order.

Meats with a lot of connective tissue can turn out tough if not treated properly, but the pressure cooker treats oxtail the way it deserves to be treated, producing meat that literally falls off those tail bones. For context: Cooking oxtail the "traditional" way can take up to six hours. Pressure cooking shaves that down to about an hour, depending on how much tail you're dealing with.

I never stick to a particular recipe, but I like to season the tail, give it a good sear, then chuck in a bunch of aromatics and flavourings before sealing and cooking on high pressure for 45 minutes. If that "choose your own adventure" style of cooking is too vague, try this Korean braised recipe, this Jamaican stew with lima beans, and this Venezuelan soup.

Similar to the oxtail, short ribs are another piece of meat that falls off its respective bones after a fairly short stint in the pressure cooker. The process of season-sear-aromatics-seal is also extremely similar, but I do have a recipe for this one, which you can read here. (Feel free to play around with the flavourings; I've found it to be very adaptable.) I also enjoy this Italian-inspired recipe, which is divine over polenta.

I'll admit that I was sceptical of cooking a whole chicken this way. Not only did I not want to give up my crispy skin, but I worried the breast meat would get obliterated. But cooking a whole chicken, seasoned well and stuffed with lemons and your favourite aromatics, for eight minutes per 450g actually makes for a bird that is tender and juicy in every sector, with breast meat that is perfect for chicken salad.

About that skin: There's no way to get it crackling in the pressure cooker itself, but you can always slather it with butter and pop it under the broiler for a few minutes, or remove it and cook it separately.

I am, at my core, a simple woman from northern Mississippi whose favourite pot roast is one made (by my extremely frugal grandmother) with canned soup and garlic salt. You might want to take a more refined route, but honestly any pot roast does quite well in our pressure cooker. It's another season-sear-seal kind of deal, so you have a lot of leeway to create your own fantastic roast, along with a super bomb gravy from the pot drippings (in the pot, natch).

If you need a roast launch pad, I suggest this "old-fashioned" recipe or this "Mississippi pot roast", which is tasty, but not something I ever cooked or consumed when I lived in Mississippi. (It does have a packet of ranch seasoning though, which means my grandmother would like it.)

Carnitas are perhaps the best - or at least one of the best - meats you can fill your taco with, but their usual half-day cook time makes them hard to whip up when the craving strikes. With the pressure cooker, you can have carnitas ready in a single hour. This recipe from Epicurious has all the delicious deets to get you started, though you'll have to provide your own tortillas; there's no news on pressure cooker tortillas yet.