How To Make A Podcast On Your Phone 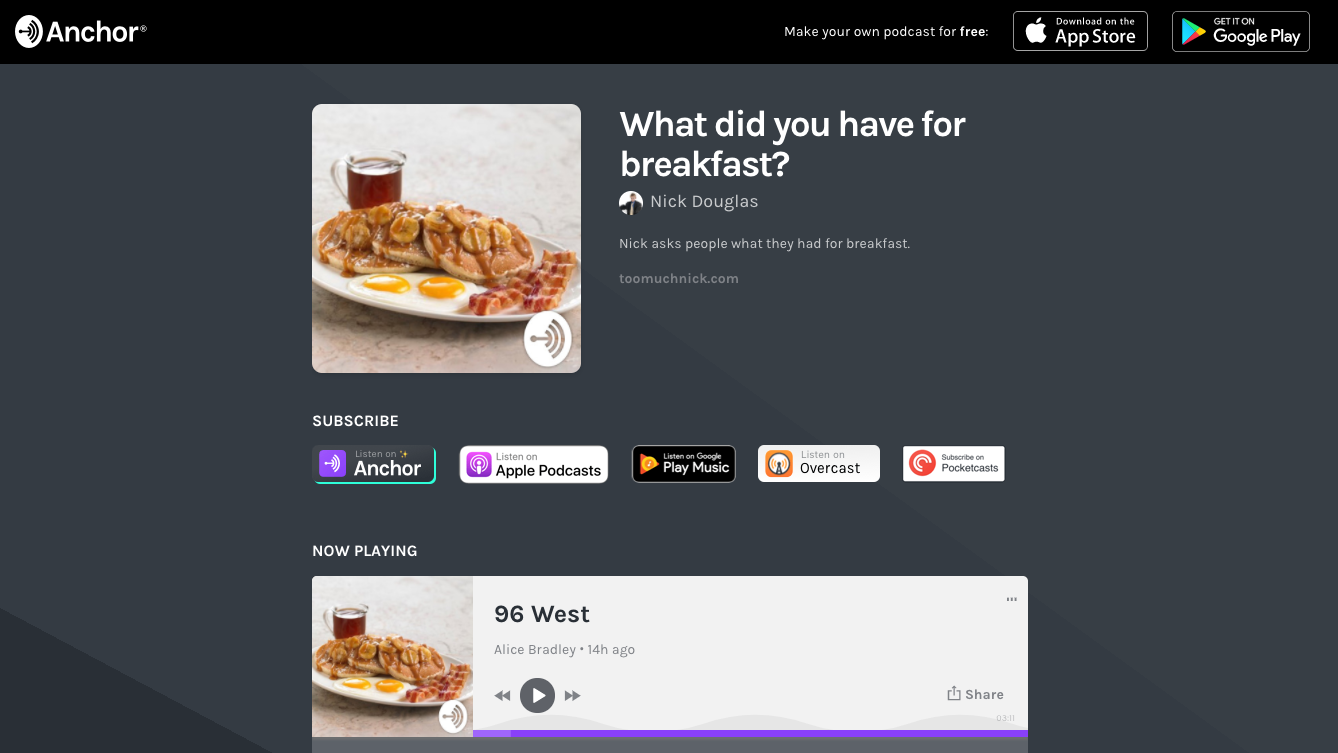 Android/iOS: Podcasting should be stupid easy. The underlying technology isn't much more complicated than blogging. But so far, there's no Blogger or Tumblr of podcasting, to make podcast recording accessible to anyone with a phone. Until last week's release of Anchor 3.0 for iOS and Android.

I'd been toying with an idea for a podcast for years, a five-minute show called What Did You Have for Breakfast? But I was always too intimidated to get it started. Thanks to Anchor, I finally did. It isn't perfect, but it exists, which is infinitely better.

Anchor started as a social app with its own "ecosystem" of short-form audio. But its new release is centred on a streamlined method for recording, editing and publishing podcasts. 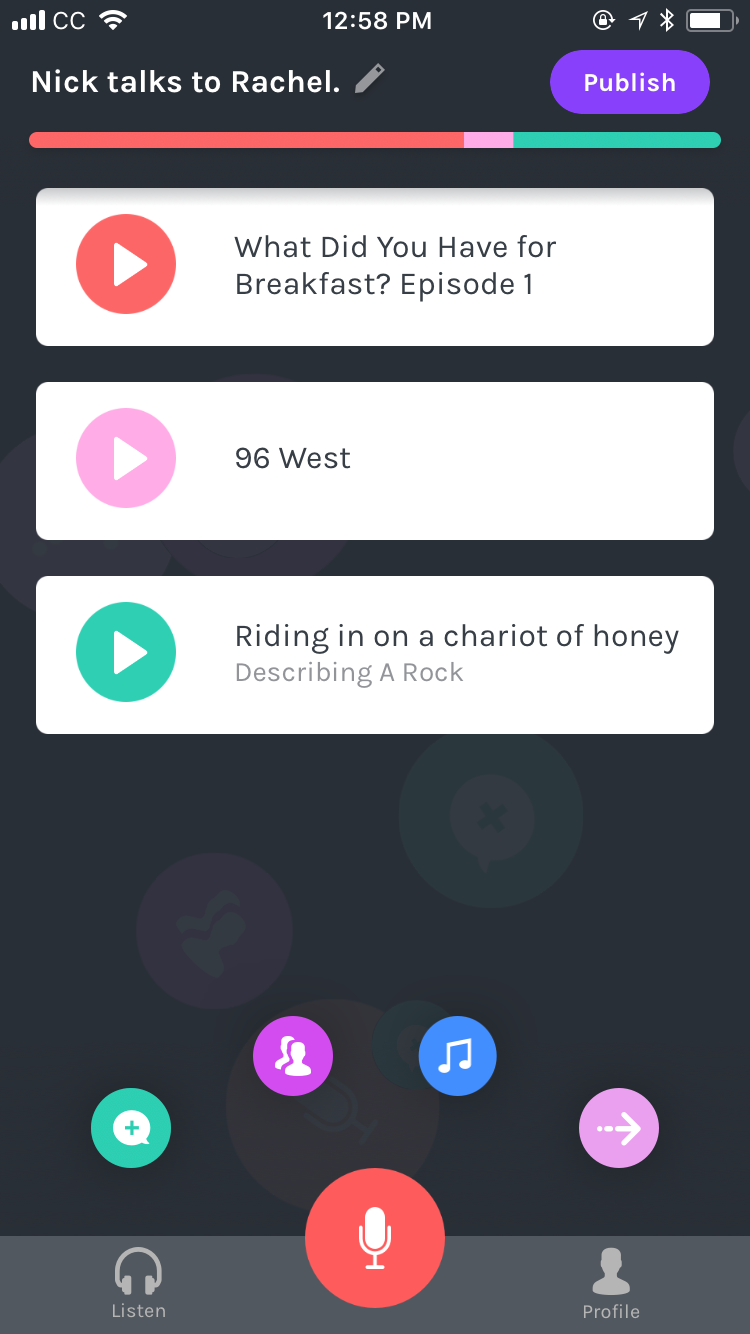 When you open the app (and once you've made an account), Anchor takes you right to the recording screen. To record, you tap one button and hold your phone to your ear, or drag up to keep recording while you sit your phone down. You can also add segments, including segues and background music.

Anchor also adds a feature that could substantially change how podcasts are made: Easy call-ins. Anyone who downloads the app can call into your show and talk to you like a normal phone call, or leave a voice message that you can respond to, like an audio version of a text convo. The app turns either of these formats into a segment for your episode. It's a pretty elegant solution, compared to making your caller download a generic recording app and send you an audio file.

If you do want to import an audio file, you'll need to use the web version of Anchor; the app doesn't support that feature, and Mignano isn't sure whether it ever will. The app doesn't let you edit specific segments either; if you flubbed a line, you'll have to roll with it or re-record it. As sophisticated as this app feels, most of its features work best if you're just putting out an on-the-fly show, rather than something carefully edited and produced. 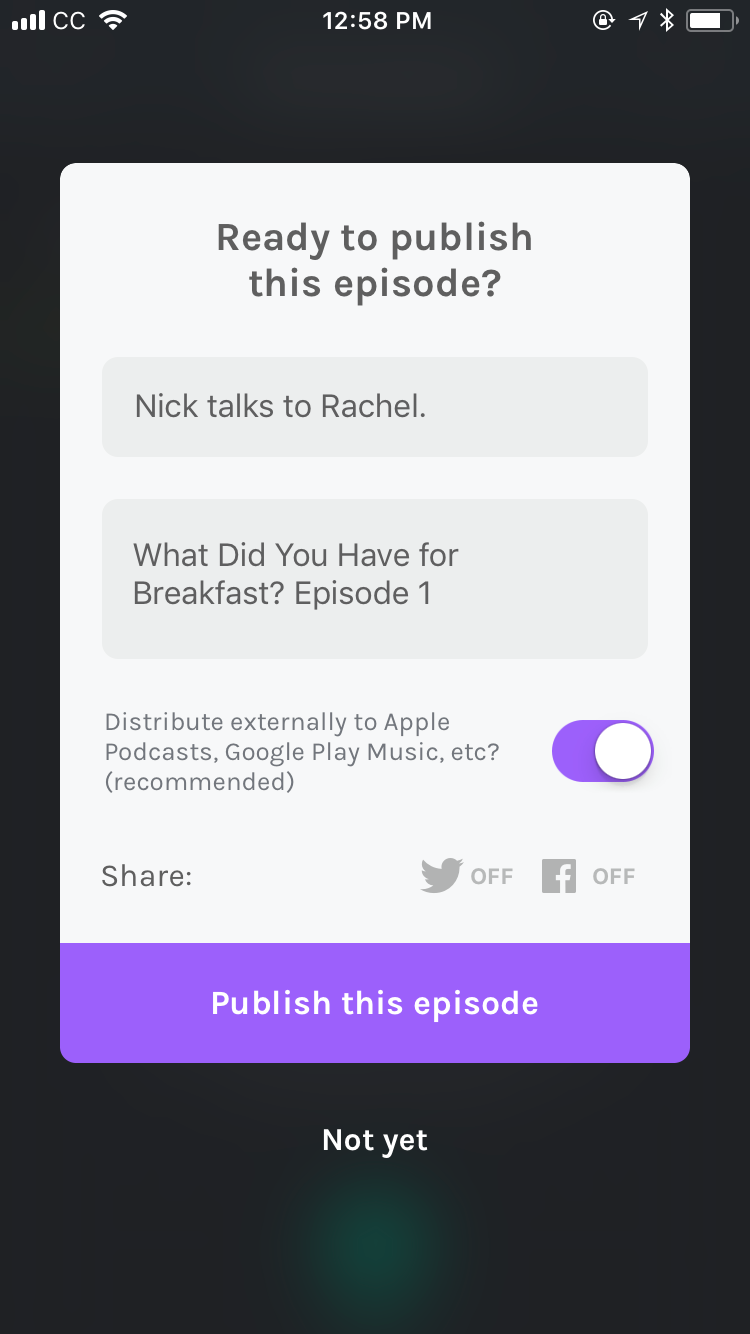 Hosting is free - and, says CEO Mike Mignano, will stay free - at every level, which is an industry first. As TechCrunch points out, this is only a great deal if Anchor sticks around as long as its competitors, but if Anchor can establish itself as the best way to make quick and dirty podcasts, it should have a long and successful future.

Once your podcast is published, Anchor pushes it out to all the major platforms and starts delivering analytics to you. You can also listen to other Anchor-produced podcasts in the app. Impressively, the company has built a whole network of partners, including many popular "professional" podcasts.

There's still some work to do. Remnants of Anchor's earlier versions, such as clashing terminology and workflows, still clutter up the publication process. Twice, while I was getting used to the interface, I accidentally published an episode before filling out its title and description. (I'm still waiting for the fixed episode to appear on Apple Podcasts.) So don't put your life's work on here just yet; try a more casual show that you can soft-launch while you get used to the process.

Use An Ice Cube To Steam A Perfectly Round Egg

Claire Lower 18 Jan 2020 2:30 PM
My love for the McMuffin and McMuffin-esque breakfast sandwiches is not a secret. The tender English muffin, salty meat, melted cheese, and perfectly round egg create a beautiful breakfast bite. Making your own version at home is not an excessively difficult task, but the round, steamed egg is crucial.