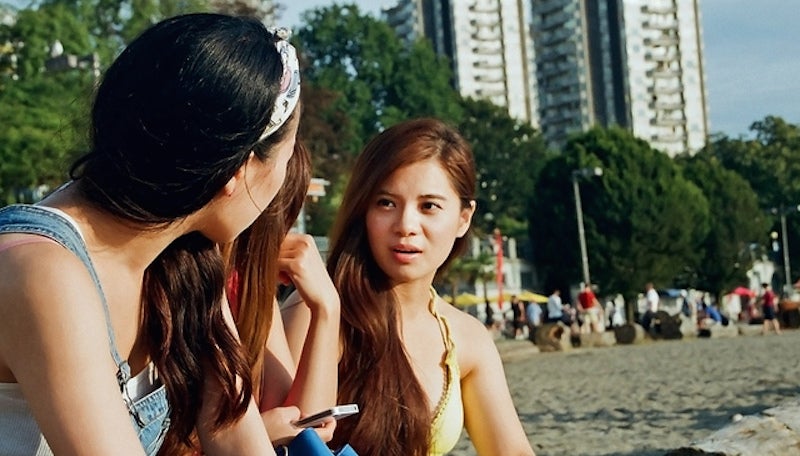 It's easier to give advice than it is to take it. You tell your friend she really needs to dump that jerk, but meanwhile, you can't break things off with your own jerk. Most of us have been there, and that dynamic rings especially true when it comes to money. According to a recent study, we may overestimate the value of our own money versus someone else's.

New research published in the Journal of Consumer Research suggests that we place a higher value on our own purchasing power. In the study's abstract, the researchers explain:

Nine studies find that people believe their money has greater purchasing power than the same quantity of others' money. Using a variety of products from socks to clocks to chocolates, we found that participants thought the same amount of money could buy more when it belonged to themselves versus others - a pattern that extended to undesirable products. Participants also believed their money - in the form of donations, taxes, fines, and fees - would help charities and governments more than others' money.

In one study, researchers asked subjects to guess how many different types of products they could buy with $50, from socks to paper towels to frozen pizzas. They asked another group the same question, but about someone else who had $50. In general, participants thought their own money could buy more stuff than other people's money could. (This was even true when they were paid to get the answer right!)

It seems like a harmless enough bias, but it can be problematic when it comes to managing your money or planning for expenditures. For example, if you're calculating how much you need for retirement, you might think your savings will take you further than it actually will, so you don't save as much as you need to save. The study suggests another example:

...despite knowing that their friends barely scraped by on $100 per day during a recent trip to Barcelona, vacationers might budget less for themselves - and be unpleasantly surprised to find themselves exceeding their budget.

Simply being aware of this bias can help you look at your money more objectively, but you can also try distancing yourself from it. One trick for doing this is to imagine it as someone else's. For example, how much would you tell a friend to budget for a trip to Barcelona? The researchers conclude, "we found that framing one's own money as distant (versus near) reduced the self-other difference in perceived purchasing power." If you want to manage your money more objectively, it may help to think of it as someone else's.

5 Simple Ways To Pay Less On Your Mortgage

Steph Panecasio 20 Feb 2020 3:45 PM
When you first start paying off a mortgage, the payments can feel overwhelming. There's a big fat number you're incrementally decreasing and although you've got a (long) timeline of payments to keep you on track, the end feels miles away.