Following on from earlier reports that Amazon Australia could push back their launch plans until 2018, we’ve received word that Amazon was planning to go live Down Under in time for November 24, but a few technical hiccups got in the way, forcing the launch to be postponed.

According to an industry source, Amazon Australia’s testing phase has encountered a few errors resulting in the ‘false start’ we saw last week.

Jason Mahoney, Managing Director ANZ of market research firm Kantar Retail, revealed at a WPP client event last night that the reason for Amazon’s ‘failed’ launch last week was potentially due to glitches in their backend. Specifically, he mentioned that Vendor Central – which first-party suppliers use to sell their products with Amazon – was incorrectly calculating GST on purchases.

We’ve asked for clarity around the reported glitches considering Amazon charges GST with purchases of products, such as Kindles, on their current shopfront without issue.

As we reported earlier, Mahoney also mentioned during his presentation that he was expecting a 2017 launch, but only if it happens in the next week or so. Otherwise, he suspects they may pull the pin on going live this year.

I reached out to Mahoney for further comment on the backend ‘glitches’ mentioned on the night but have yet to receive a reply.

Interestingly, in an Amazon Sellers group on Facebook, there have been reports that Australian ‘Sellers Central’ pages have been displaying in Japanese. 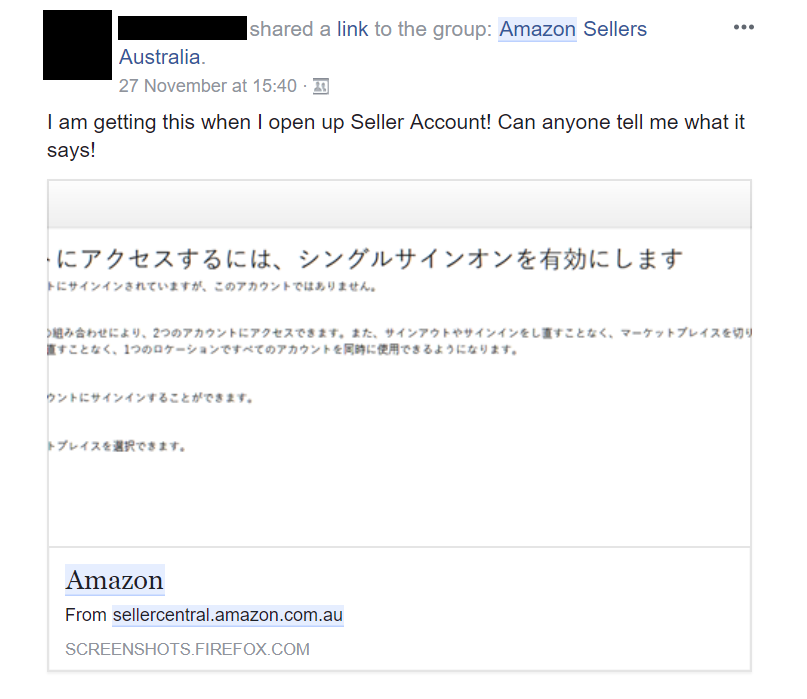 It seems there may be a few kinks to iron out yet.

If you’re looking to point the finger at someone for the Amazon’s failure to launch, perhaps it’s that pesky 10% Goods and Services Tax that you have to blame.

We’ve reached out to Amazon for comment, but have currently received no word from them. We’ll update this post when we do.