The Australian Bureau of Statistics (ABS) has released a sample of the same-sex marriage postal survey that voters will start receiving from today. Want to know exactly what’s coming in the post? Here’s what the form looks like.

This month, the country will participate in the Australian Marriage Law survey; a postal vote designed to gauge Australia’s appetite for a change to the Marriage Act that would allow same-sex couples to be lawfully wed.

There has been a lot of confusion over what form the survey will take, with some claiming a “No” vote is actually a vote in favour of same-sex marriage due to the wording. As you can see from the below sample, this is not the case. 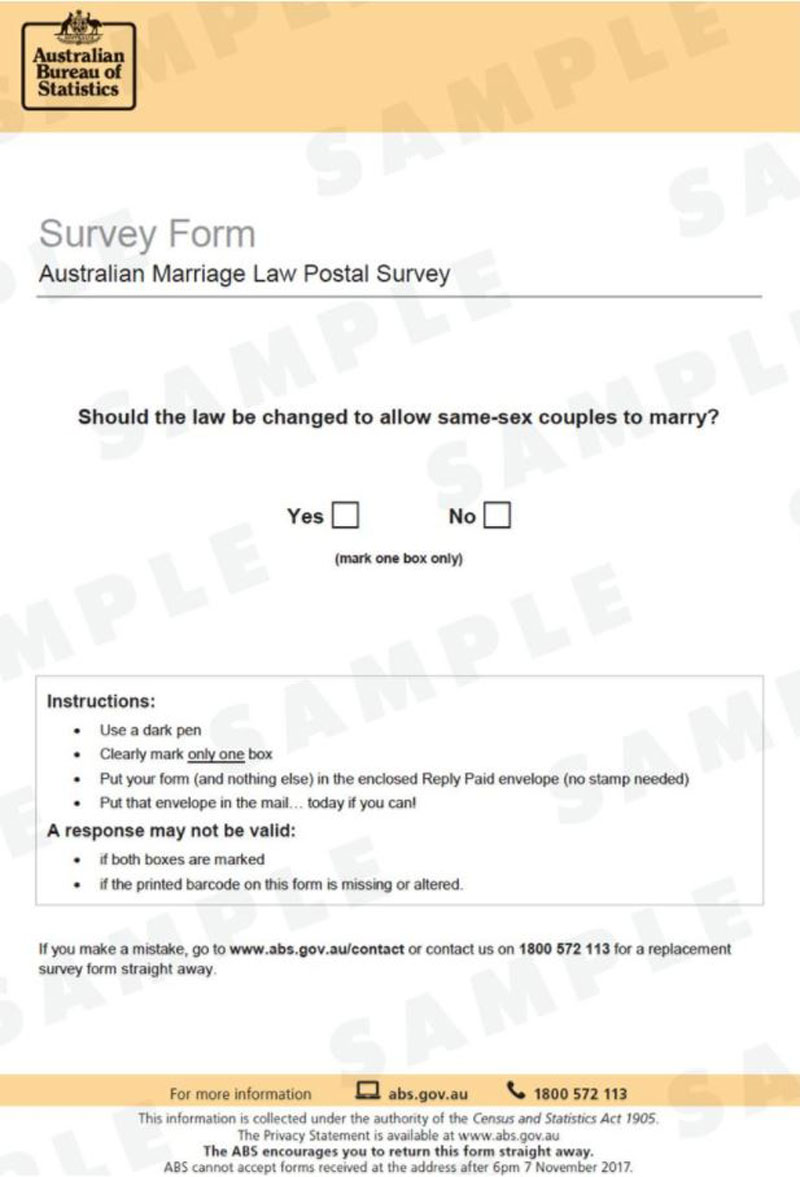 [clear] The exact wording is: “Should the law be changed to allow same-sex couples to marry?”

There’s an outside chance you might receive a fake survey from campaigners looking to skew the results in their favour – carefully compare your form to the above sample and you should be okay.

How To Vote 'Yes' In The Same-Sex Marriage Survey

There’s currently a rumour spreading like wildfire through Facebook and other social media services that voting ‘YES’ in the upcoming same-sex marriage survey could result in your vote counting against legalising same-sex marriage. That is not the case.