What to Do When You’re Bored of Your Home Workout

What To Do If You Are Overheard Trash-Talking Your Colleagues

Picture the scene: You’re socialising with co-workers and decide to let off a little steam by joking about how annoying Mary from accounts is. Maybe you even accompany your act with, say, an imitation of Mary’s mannerisms or voice. And you’re overheard. Mary is enraged and mortified; you wish you had stopped at two drinks or maybe that someone had stuffed your head in the punch bowl before you got up a head of steam. What do you do?

Last Thursday Counselor to the US President Kellyanne Conway was overheard mocking her colleagues in the Trump White House. “No leaks you guuuuys!” she said, imitating White House chief of staff Reince Priebus’s (apparently totally futile) attempts to stop the steady drip of information from members of the current US administration to the media. Her imitations were overheard by another party-goer, who posted the story to the Twitter account @KellyanneLeaks.

Does she care? Probably not. Sean Spicer said she was actually making fun of the media and how they’re totally wrong about there being any tensions at all in the White House.

So there’s really no damage control to do here, because evidently it didn’t happen. But what if it happened to you?

There are a few pretty clear first steps, says Andrew Ricci, a vice president at Levick, a Washington-based public relations and public affairs firm, and the first is the most important.

Take ownership of the situation

“If you clear the air [with your colleague], that takes a lot of wind — a lot of tension — out of the situation,” says Ricci, “and it resolves it a lot faster. Maybe there’s been frustration. Address that from the outset. That leads to a better culture of respect and collegiality and lets you work better with someone in the long run.”

It takes years, even decades in the working world, to build up a good reputation, and it can be destroyed with one foolish comment on a hot mic. “Realise that just because you act nice today, not everybody’s going to like you tomorrow,” says Ricci. When I ask what a person can do to jump-start the forgiveness and moving-on phase, like when a celeb facing a PR nightmare makes a giant donation to an orphanage and the like, he says, “Outward gestures of goodwill aren’t going to hurt you, but they’re not stitches, they’re a Band Aid. They can start the healing process, but if your character is being questioned, serious rehabilitation takes a long time.”

Be a straight shooter from now on

This is both for cynical reasons — you want to be thought of as a straight-shooter — and sincere personal-improvement reasons: You want to actually be a straight shooter. Good leaders, says Ricci, “build and maintain a shared sense of mission,” and putting your colleagues in the position of mistrusting you jeopardises that collegiality. If you’ve done step one — “going to the person and telling them that the comment was based in frustration or anger — that sets the stage for a long-term rehabilitation effort. It takes courage, personal honesty, and vulnerability to do that.” 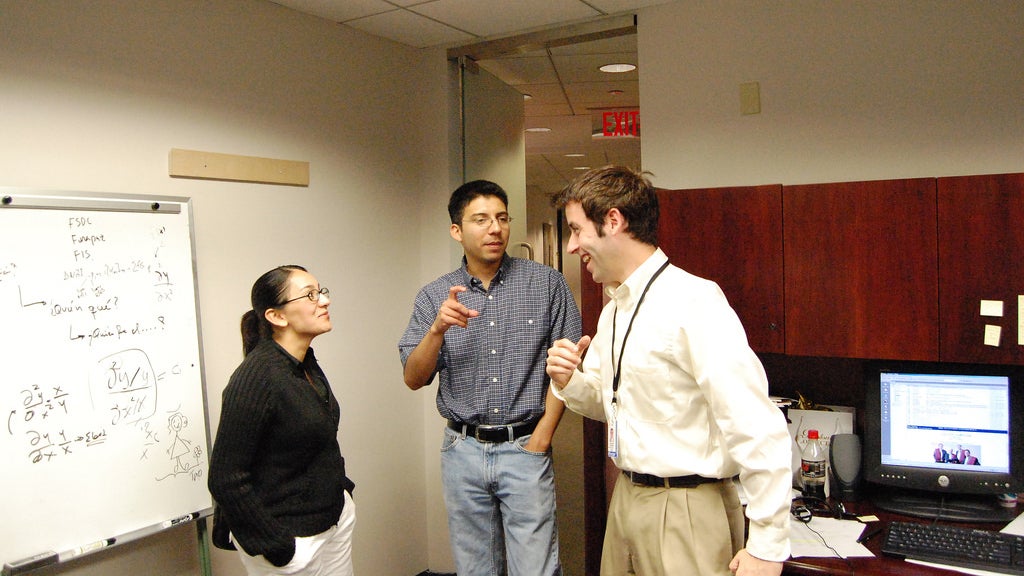 Why People Gossip, And What To Do With Workplace Gossipers

We know that gossip can be about as real and credible as the fairy tales you were told as a kid, but this knowledge doesn't deter some people from engaging in it. Here's why people gossip (or participate in it) and what to do if you become the subject of gossip.

Now, a functional, mutually respectful working environment also requires strong leadership at the top that the rest of the team respects, and it’s, um, quite possible that Kellyanne Conway doesn’t enjoy that in her office. “[The White House] is nothing like any office environment that I’ve ever been in… it appears to be complete dysfunction, starting with the senior staff and working all the day down.”

So how do you know it’s time to quit? My own personal barometer would be when I can’t stop myself from complaining about my colleagues. Ricci, more of an optimist, says he’s generally able to get past things and work things out. “But if you think there’s no chance for redemption (which is rooted in cynicism), then it probably is time to move on. But you risk leaving your reputation in shambles.”