Burgers aren’t always a bad choice for lunch or dinner. Depending on the sauce and toppings used, they can sometimes be healthier than takeaway salads. (No, really.)

However, some options are obviously worse than others – and the potential damage to your waistline is considerable.

The following burgers from McDonald’s, KFC, Burger King, Oportos and Grill’d pack in more kilojoules than any other from their respective chain.

The burgers are ranked based on total kilojoule count. Hungry Jack’s was the worst offender, with the Ultimate Double Whopper tipping the scales at 4860 kilojoules – and that’s before you add a soft drink and chips.

It’s important to note that a burger’s kJ count doesn’t tell the entire story – so we’ve also included a breakdown of fats, carbs, sodium and sugars along with the amount of protein contained in each product.

If you’re trying to cut down on the amount of junk you eat (without going cold turkey), you can find alternative menu choices that are slightly less bad for you below.

Available in WA & SA only.

What to eat instead: Most Oporto burgers are pretty healthy (as far as burgers go.) You can also opt for single fillets, which brings the energy down to well under 2000kJ for every burger on the menu. 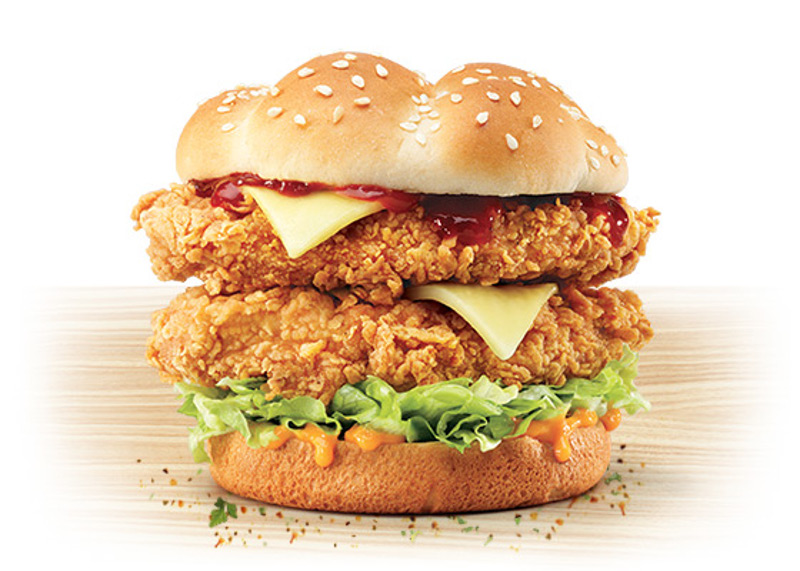 What to eat instead: All of KFCs burgers are pretty out there – their patties are battered and deep fried with no grilled chicken options to choose from. Our choice would be the Kentucky Burger – at 2749kJ it’s not much healthier, but the addition of coleslaw, crispy onions, two slices of cheese and bacon means you’re getting better bang (and flavour) for your buck. 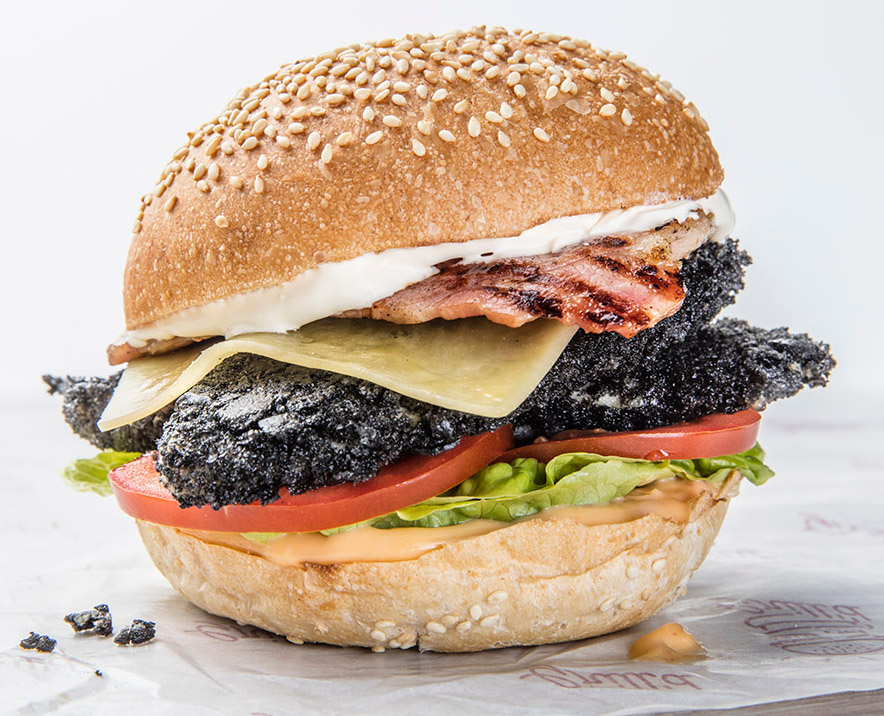 Black With The Lot: 3430 kilojoules

What to eat instead: Grill’d prides itself on providing menu choices that are healthier – and better tasting – than the competition. There is a range of bread crumb free options that contain less carbs and fat than the Black. If chicken burgers are your bag, go for the Zen Hen, Hotbird or Simon Says. 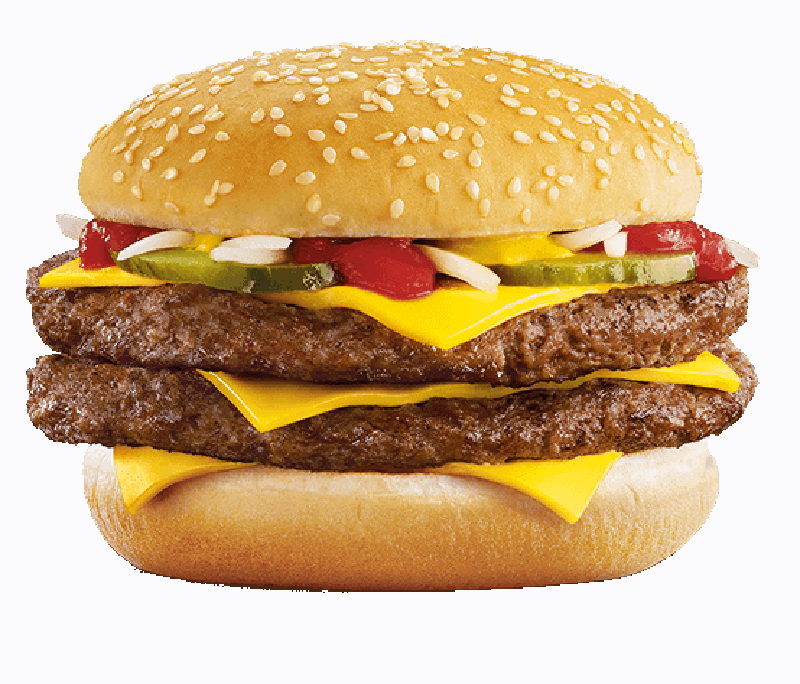 What to eat instead: If you’re craving a Quarter Pounder, we advice eschewing the Double and going for the original, sane serving size. Alternatively, the Gourmet Creations range has plenty of options that are decedent but slightly less naughty. 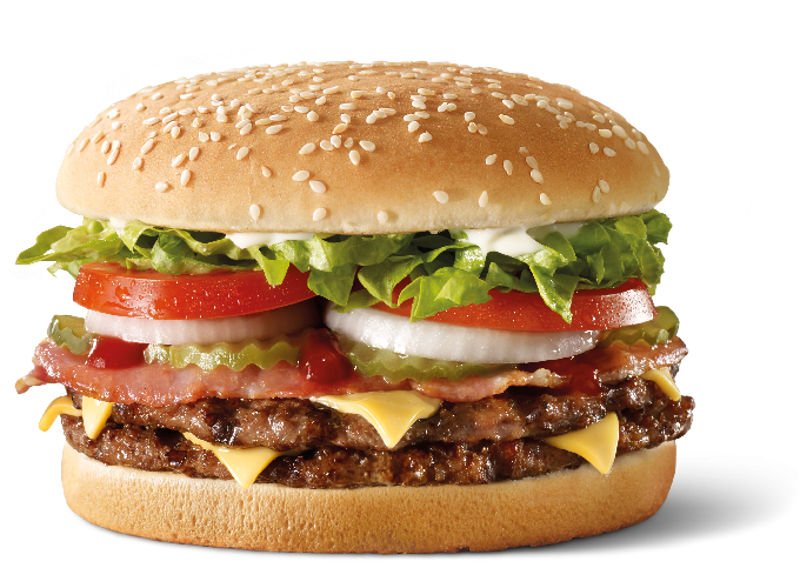 What to eat instead: Like the Double Quarter Pounder, taking this monstrosity down to a single patty would be a good start. Despite being larger and infinitely tastier, the Grill Masters range somehow manages to pack in slightly less energy: our pick would be the Angus, Bacon And Cheese.

You can see how some of these burgers (and many others) fare in our Taste Test and Takeaway Truth series.