Growing up, our family’s rice cooker was a staple, just like the refrigerator or the kitchen sink. It never occurred to me to not have one. As an adult, I noticed my friends cooked rice in a pot on the stovetop. There’s nothing wrong with that, but let’s talk about which approach gets you the easiest and consistently best rice.

OK, so cooking rice isn’t exactly difficult. As far as kitchen skills go, it’s one of the easiest foods to make, right up there with toast and cereal. However, there are two basic ways to make rice happen, with strong opinions on both sides:

To put these two methods to the test, we made a standard bowl of rice. This is the rice cooker’s most basic function, after all, so we wanted to see how it compared to the stovetop method in efficiency, effort, and taste. 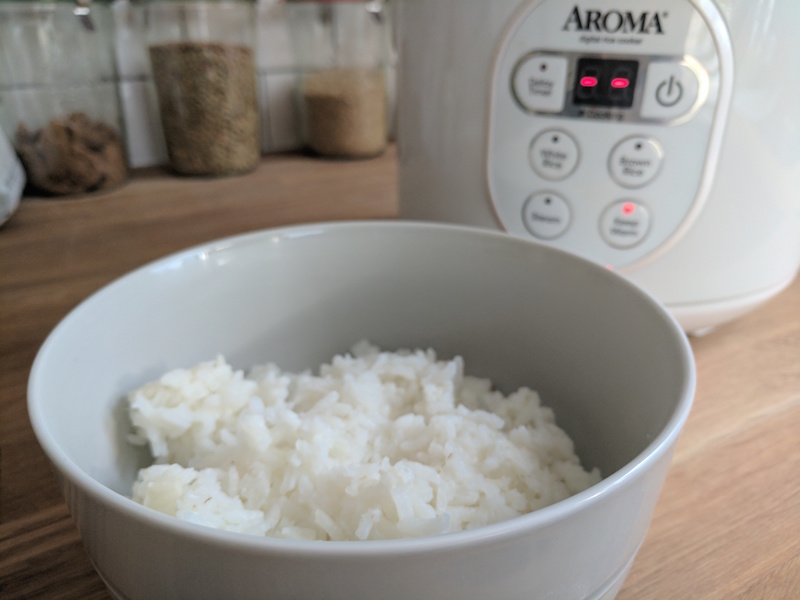 It literally took me less than a minute of work to make the pot of rice you see in the photo above. I rinsed the rice straight in the pot that comes with the cooker, added some water using the first knuckle method (you can also use the measuring scoops that come with it), then pressed “Cook.” Twenty minutes later, I had perfectly cooked rice.

The main draw of a rice cooker is the fact that it cooks perfect rice every single time. We’re all capable of screwing up even simple tasks every now and then, and rice is no exception. Maybe Jeopardy is on and you’re killing it in the 90’s sitcom category so you get distracted and, before you know it, your rice overboiled and now it’s soggy. And your stove is a mess. This isn’t a big deal; you can always start over, but with a rice cooker, you never have to worry about it. You put some water in a pot and you get perfectly cooked, fluffy rice every single time, even when you’re distracted. It stops cooking when it’s time to stop cooking.

At least in my experience, a rice cooker is easier to clean, too. Most of them come with built in lids so all you have to do is clean out the non-stick pot. You should wipe down the lid, but that’s relatively easy to do.

Time and Taste Are a Toss Up 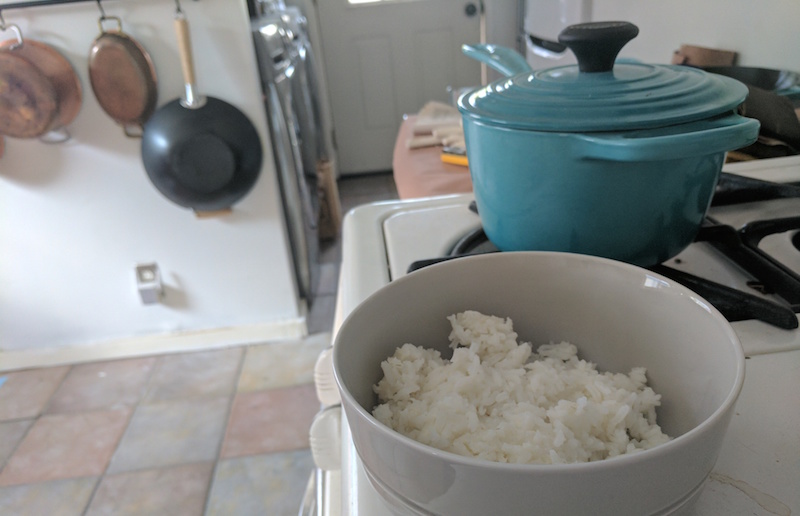 A lot of people argue that a rice cooker actually makes rice taste better. I’m not sure that’s entirely true. I always thought rice cooker rice tastes better, too, but it’s probably only because I’ve never nailed the stovetop method.

This time, I actually followed a recipe instead of winging it, and my rice was the perfect consistency, just like the rice cooker rice. It was fluffy, slightly sticky, and just moist enough. Maybe it’s just my unrefined palate, but both bowls tasted the same.

It took me 5-10 minutes to prepare the stovetop rice and, from start to finish, the whole process took about 20 minutes. I spent the same amount of time waiting for rice with the stovetop method.

So while the rice cooker makes things easier, time is a toss up. You still have to wait for the rice to cook, after all. And the difference in taste is negligible, too. As long as you cook a decent pot of rice on the stove, you probably won’t notice it tastes any better or worse than the rice you cook with your rice cooker. At least I didn’t.

A Rice Cooker Does More Than Cook Rice 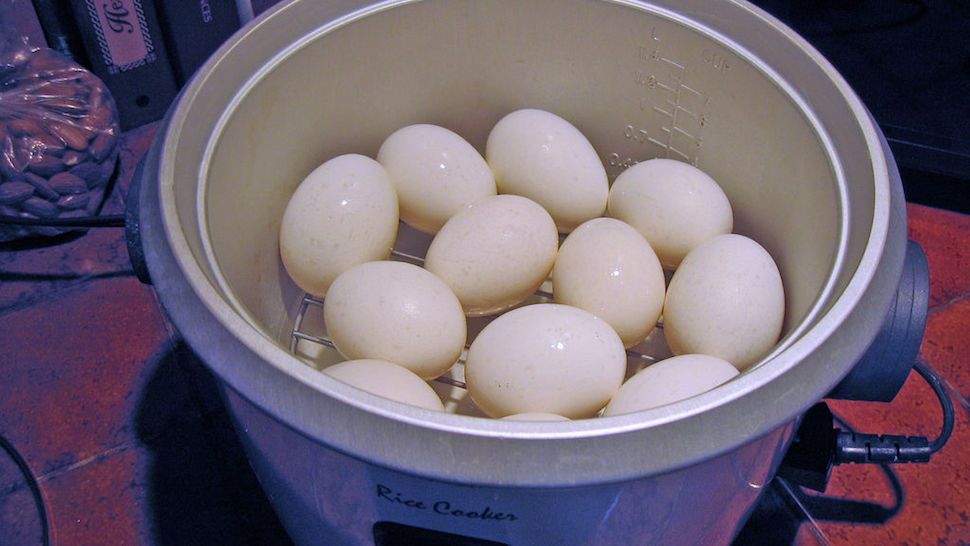 If you didn’t grow up with a rice cooker in your household, it might seem weird to have a machine dedicated to one specific job. Last time I moved, I actually ditched my cheap rice cooker because I wanted to downsize. I figured, why keep another thing lying around when I can use something I already have, a pot, to get the job done? When I ditched it, though, I actually cooked rice a lot less often. Even though it’s not that much work on the stove, it was still more work than a rice cooker, so I’d use my cooking effort to make something else.

When I got my current rice cooker as a wedding gift, I was glad to have a rice cooker back in my life. It makes cooking rice so easy, you actually want to cook rice more. I went back to making brown rice and avocado for lunch, white rice and fish for dinner, rice to add to soups, and so on. It is kind of weird to have a machine that only does one specific job, but depending on what you eat, it’s a big job. Rice is a great, versatile staple and the rice cooker is a versatile tool. You can use it for other things, too, like steaming vegetables. Or baking a cake!

Of course, you can use a regular pot for lots of other foods, too. The point is, if you have a rice cooker, you don’t just have to use it for cooking rice. It’s by no means a unitasker.

The Verdict: If You Cook Rice Often Enough, Just Buy a Cooker

If you cook rice often enough, say at least once a week, $30-$40 is not a lot to spend on a machine that helps you cook a meal staple with almost zero effort. Zojirushi owners swear by their cookers, but I’ve never used one. They’re supposed to do what traditional rice cookers do, only even better, and with different kinds of rice and grains. If I ate anything more than regular jasmine rice, I’d probably give it a try, but for standard needs, even a $30 cooker is worth it.

On the other hand, if you don’t make rice often or you just don’t like having too much stuff, skip the cooker. Who needs more junk lying around the house? I’ve actually thought about ditching my toaster for the same reason — I rarely use it and it’s easy enough to toast bread on the stove or in the oven. However, as someone who loves rice and eats it frequently, I’ve put the debate to rest, for myself, at least: the rice cooker wins.