Speed Up Apple Mail With A Database-Cleaning Automator Task 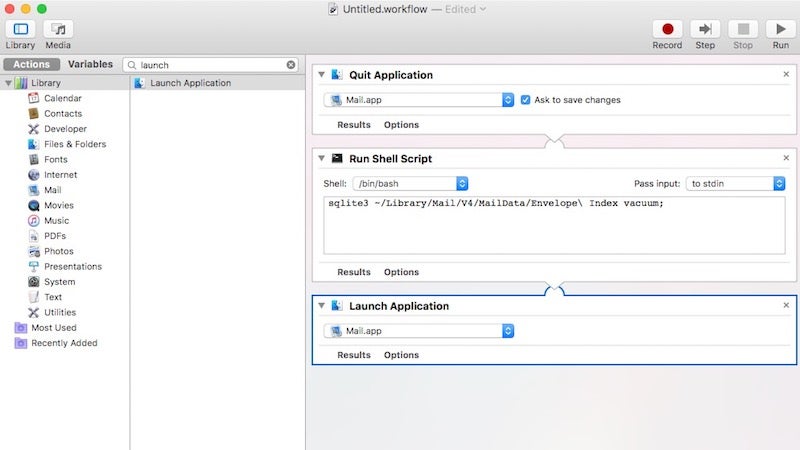 Mac: Apple Mail isn’t exactly the greatest email app out there, but it’s serviceable and gets the job done for most people. That said, one common problem is slowness, which App Factor suggests fixing by cleaning up the mail database now and again.

This is a pretty old trick, but it’s useful nonetheless. The idea is to vacuum up the indexing system, which in turn significantly improves Mail’s speed. You can do this manually from the command line (the command varies based on which version of macOS you’re running), but it’s much easier to set up an Automator action that runs every time you close Mail. Once you do, you’ll never run into a slow Mail app again. Head over to App Factor for the guide. If you want to just test out the command once, skip down to step nine on their guide, copy the command for your operating system and enter it into Terminal.

How to speed up Mail on your Mac [App Factor]