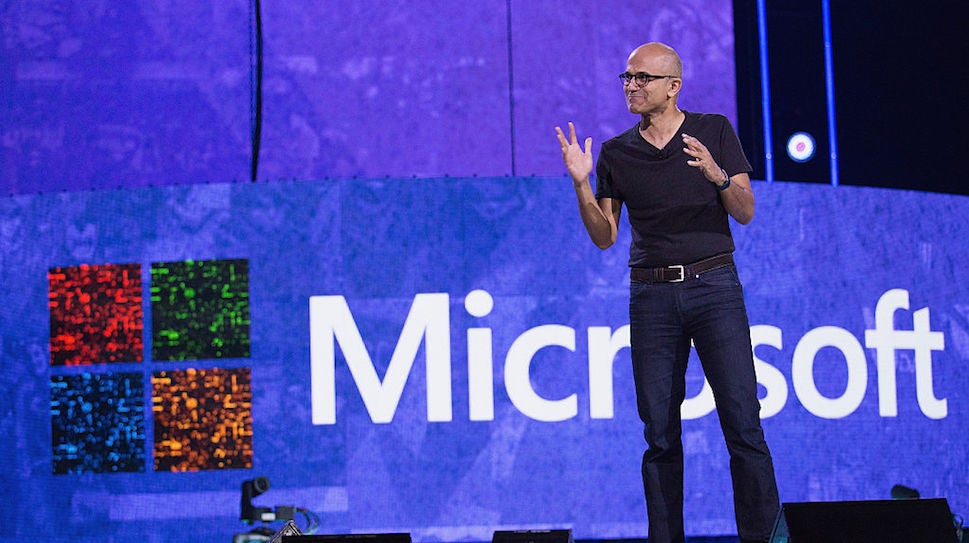 Microsoft’s annual Connect(); developer conference was on this week and the company made a ton of important announcements during the event. There were a few surprises, particularly when it came to Microsoft forging partnerships with its competitors to bring new tools to its developer community. Here are five big announcements from Connect(); you may have missed.

We’ve already seen Microsoft fervently embracing Linux and open source software in general ever since Microsoft CEO Satya Nadella took over. Now the company has gone all in by joining the Linux Foundation, the group that oversees the development of the Linux operating system. This is a complete about-face from Microsoft’s stance a few years ago. In the time of Steve Balmer, the former Microsoft CEO called Linux “a cancer”.

Microsoft has also released a public preview of SQL Server for Linux.

Microsoft recently released its .NET Core, an open source stripped down version of the company’s full-blown .NET app development framework, which is now supported across all major operating systems. It was a major milestone for Microsoft’s involvement in the open source space.

Now Microsoft is working with its competitors to bring more to the open source community. This week, Google was added to the .NET Foundation’s Technical Steering Group, which means the company will help shape the continued development of the framework.

Samsung has also jumped on-board with .NET by releasing a preview of its Visual Studio Tools for Tizen. Developers can use it to build .NET apps for the Tizen mobile operating system that runs on millions of Samsung TVs, wearable, mobile devices and other internet-of-things offerings around the world.

At Microsoft Australia Developer Conference in Sydney, which was viewed as an extension of Connect();, Nadella announced that developers will be able to make use of N-series virtual machines on Azure to run compute intensive workloads in the cloud. This means even small developer operations can have access to technology that is traditionally reserved for large enterprises.

The Azure N-series virtual machines are powered by NVIDIA GPUs and are already being used by Open AI, a non-profit artificial intelligence (AI) research organisation co-founded by Elon Musk. You can read more about this piece of news in our previous article”.

At the Microsoft Australia Developer Conference, Nadella also announced that the company has launched its Azure Bot Service. The company is touting it as the “first public cloud bot-service powered by the Microsoft Bot Framework and serverless compute in Microsoft Azure”.

What this means is that software developers can easily make use of artificial intelligence and bring an element of conversation to their apps. Bots are already being used by the likes of Facebook to help businesses automatically respond to customers on the social media platform in a conversational way.

By putting the bot service in the public cloud, Microsoft is trying to take the headache out of provisioning and managing servers running bots for developers.

Azure Bot Service is free up to one million server requests a month. It also provides templates such as the basic bot, Language Understanding Intelligent Service bot, form bot, and proactive bot. Developers can build bots in C# or Node.js directly in the browser and try it out with the companion Web Chat control.

Visual Studio Comes To The Mac (Sort Of)

Many developers prefer to use Apple Mac devices for their coding needs and up until this point, Microsoft’s flagship integrated development environment (IDE) was only available on Windows. The company has now released a preview of Visual Studio for Mac, which will run natively on macOS.

But despite the name, Visual Studio for Mac isn’t a direct port of the Windows version of the IDE. Here’s what you need to know. Having bundled Xamarin Studio, a cross-platform mobile app development platform, with Visual Studio, the company now dubs the IDE as “a true mobile-first, cloud-first development tool for .NET and C#”. You can read more about this over in our previous article.