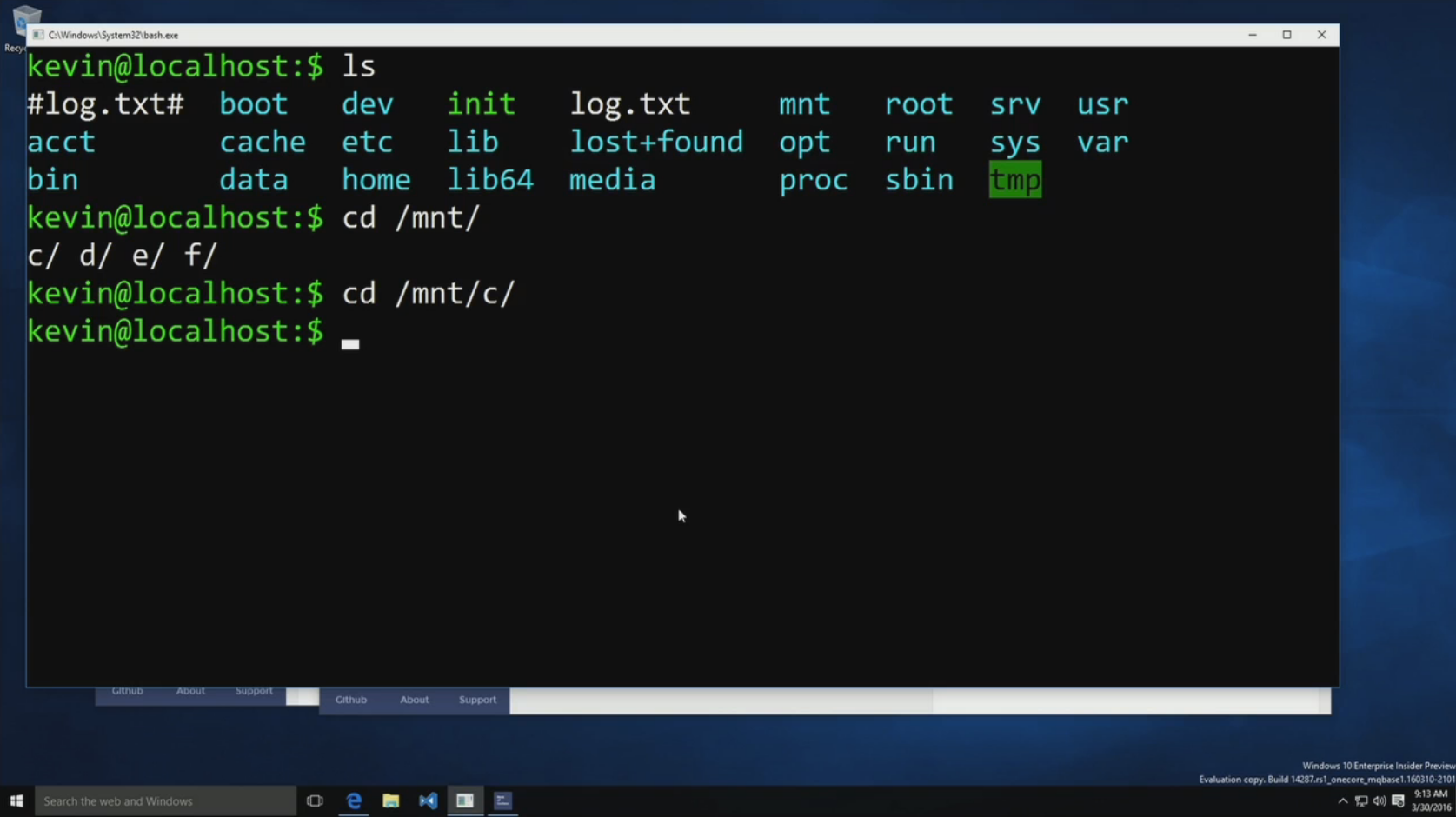 At it’s Build 2016 developer conference, Microsoft surprised everybody with the announcement that it is bringing the Bash shell, a command line tool used in Unix-style operating systems like Linux, to Windows 10. The company has been showering Linux with love recently but this is a great leap forward for Microsoft in supporting open source development.

Running Bash on Windows was possible in the past using third-party solutions, but there were a number of limitations. Now Microsoft is allowing Bash to run on Windows 10 natively; without the need for virtual machines or emulation.

Microsoft has partnered with Canonical, the company behind the Ubuntu distribution of Linux, to make this a reality. The Ubuntu OS is also being brought over to Windows 10, running on a foundation of native Windows libraries.

So what does this mean for developers? For one, if you’re a developer that uses a wide range of Linux tools, being able to use the Bash shell is a godsend. It brings a sense of familiarity, allowing you to write your Bash scripts directly on Windows.

As Microsoft’s Scott Hanselman puts it:

Note that this isn’t about Linux Servers or Server workloads. This is a developer-focused release that removes a major barrier for developers who want or need to use Linux tools as part of their workflow.

Conversely, it opens doors for developers who want to dip their toes into Linux operating systems through Bash.

By bringing Bash and Ubuntu to Windows, Microsoft has firmed up its position to support other platforms. It’s all part of its efforts to make Windows 10 more attractive to developers. Judging from the rapturous applause the announcement received at Build 2016, we’d say Microsoft is heading in the right direction.

Here’s a video from Microsoft about Ubuntu and Bash on Windows 10:

You can also read up on other announcements from Build 2016 here.