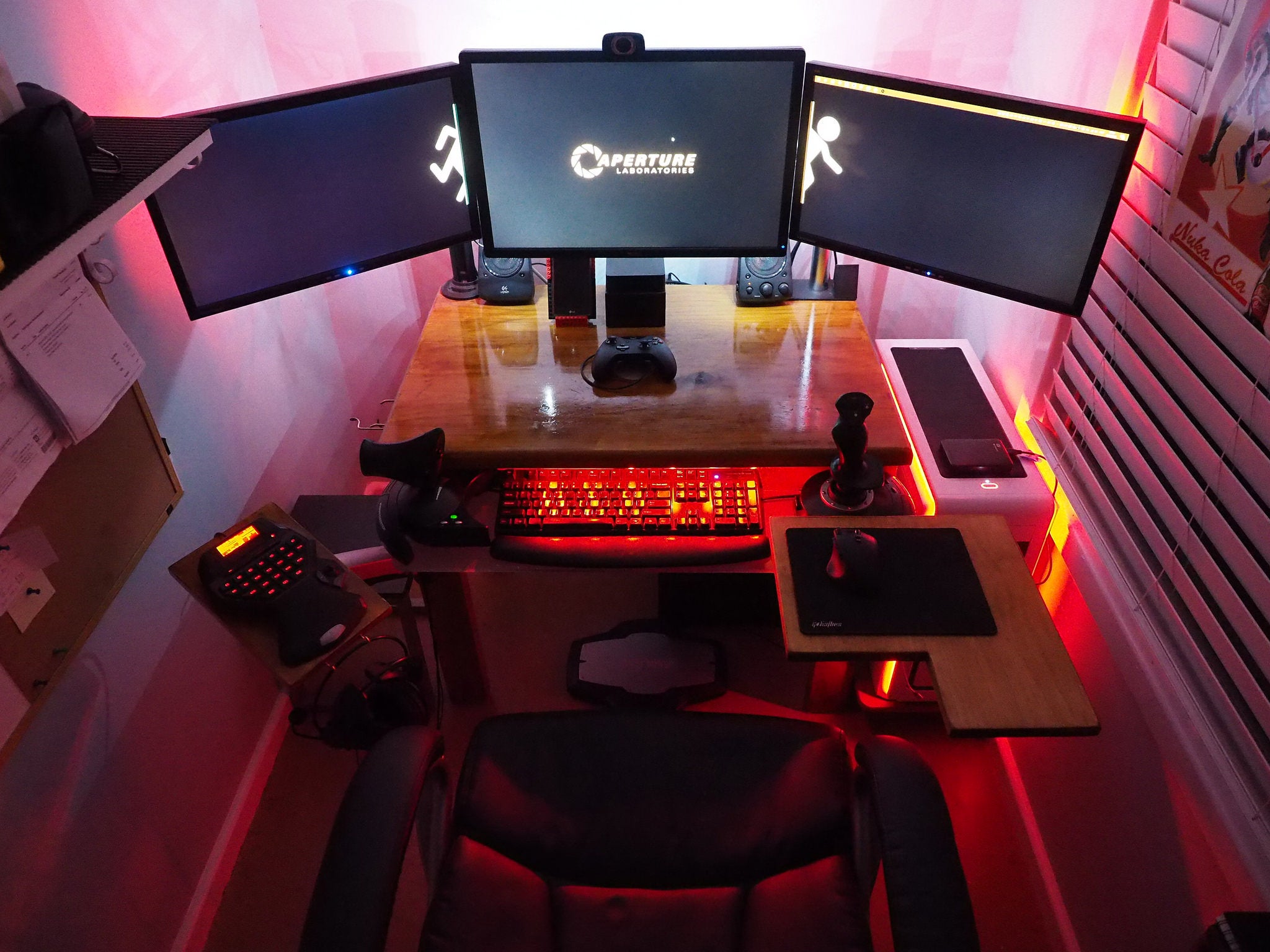 We've featured workspaces in small spaces before, but reader Edrei's space is impressively small, but simultaneously has a ton of great gear in it. Three monitors, an adjustable mousepad and writing surface, and even some bias and keyboard lighting — it's all in there, somehow. Here are some more photos.

The photo above is a shot of the whole workspace, which we're still amazed he managed to get three displays into. He notes:

It's been more than a year since I've last shown my desktop and I thought I'll show it once again given I've made a few modifications to it.

Much love for the customisable keypad on the left and the space he made for the flight stick on the right there, but it's that adjustable desk that's really impressive. Here's a shot of him using it as a writing desk to take notes: 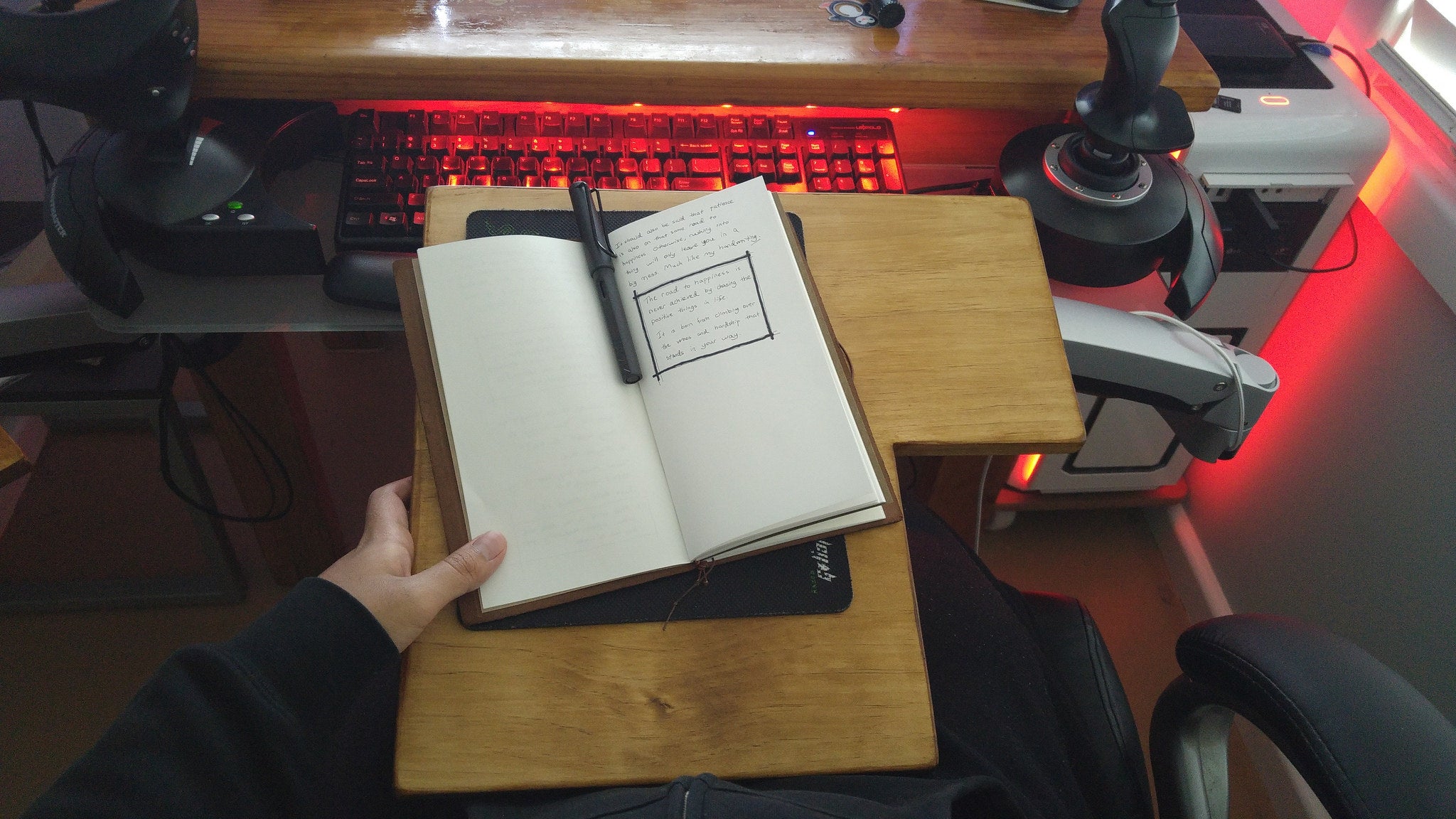 And here he is using it as a perfect spot for his mousepad when he doesn't need to write on it, swung out of the way and flipped so it's easier to rest an arm on: 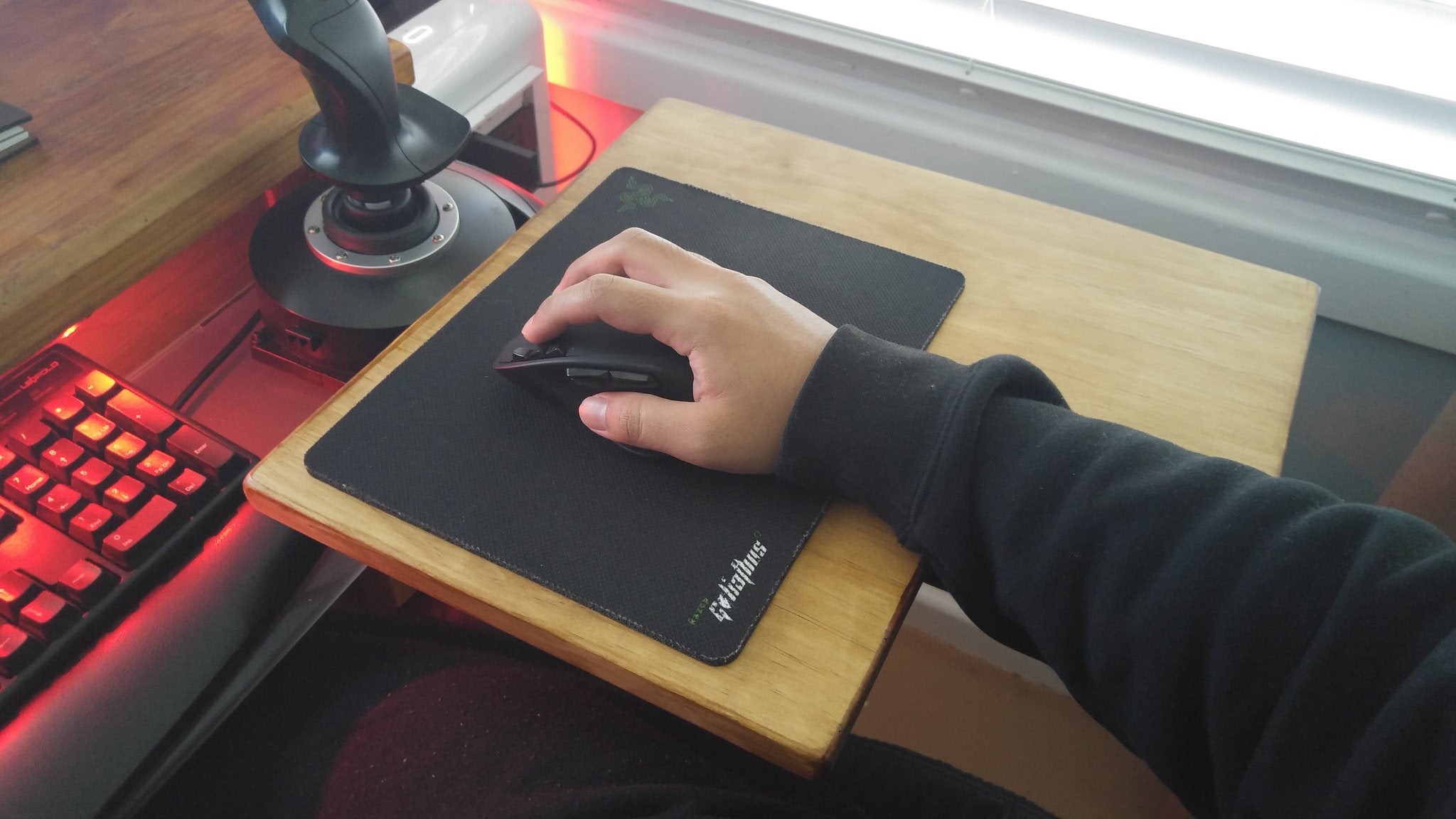 It's a pretty nice custom setup, and while the desk arm is the star of the show, he even made room for some keyboard lighting, just to keep things pretty: 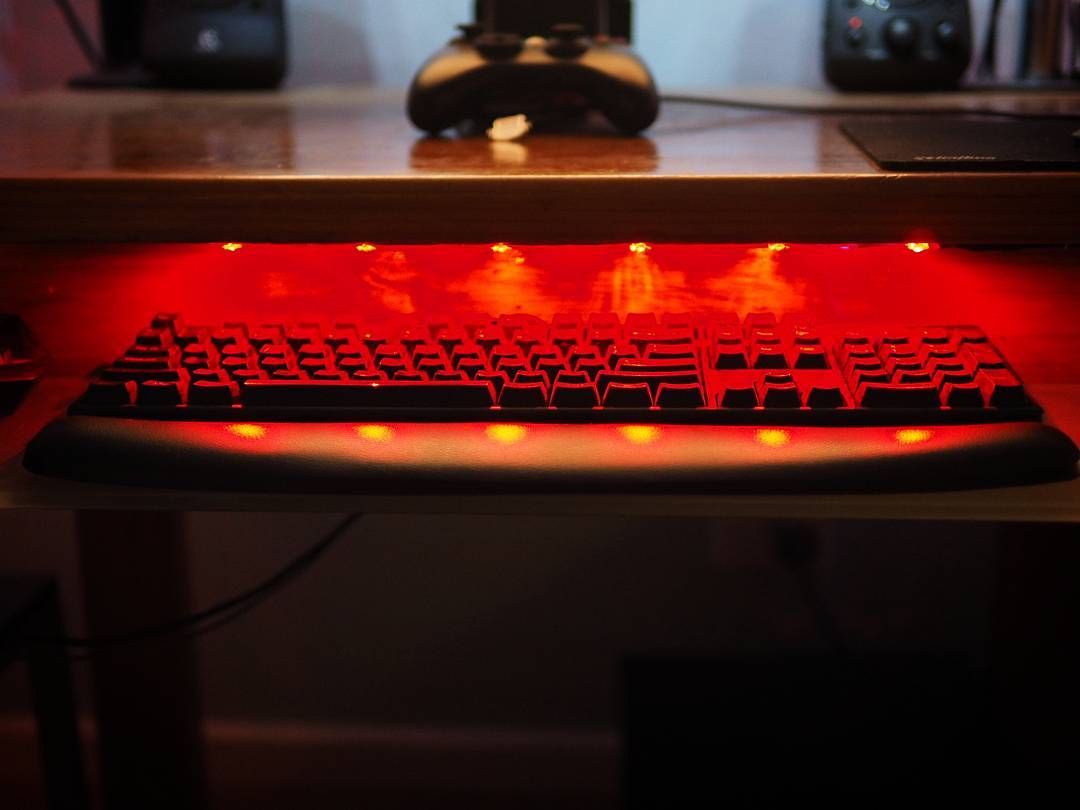 It's a great look, and a good way to get all of your peripherals and everything into a small space — this looks like it could be a closet, or another nook hidden away in a much larger room. If you like the look as much as we do, head over to his Flickr page (linked below) and sing your praises.